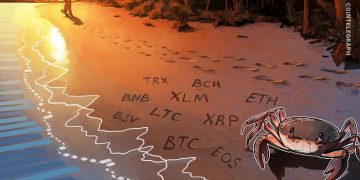 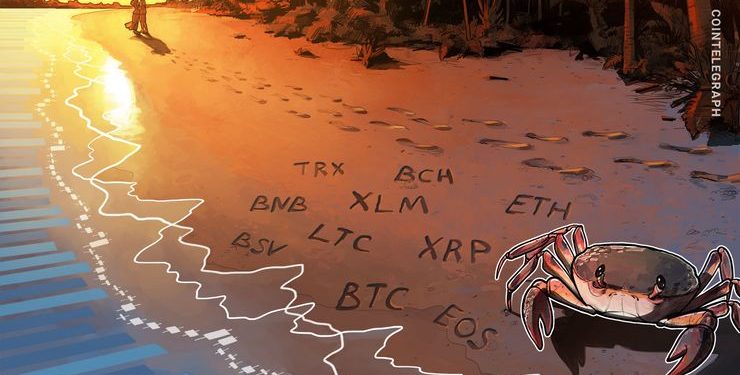 United States banking giant JPMorgan Chase, whose CEO has been one of the most vocal critics of cryptocurrencies, has announced the launch of its own cryptocurrency, named “JPM Coin.” This clearly shows that many criticize the technology as they do not understand it, but once they realize its potential, they readily become a part of the space.

As the market matures, it will differentiate between cryptocurrencies. Token that do not have anything concrete to offer will fall by the wayside as others with a strong use case will reward their investors. Barry Silbert, CEO and founder of Digital Currency Group and Grayscale Investments, believes that most digital tokens “will go to zero.”

Niall Ferguson, British economic and financial historian and author of 14 books, said that Bitcoin is likely to be viewed as digital gold because its performance is not correlated to any other asset class. However, he does not see cryptocurrencies replacing fiat currencies completely.

With most news turning positive, is it a good time to buy a few of the major cryptocurrencies? Let’s find out.

Over the past week, Bitcoin (BTC) has been giving up ground. Though the fall is not sharp, it shows a lack of demand at current levels. Both the moving averages have turned flat and the RSI is in the neutral zone, which points to a likely consolidation.

Our view of a range bound trading action will be invalidated if the BTC/USD pair breaks out of the downtrend line. Above the downtrend line, a rally to $4,255 is likely. We expect a strong resistance at this level. A breakout of $4,255 will complete a double bottom pattern that has a target of $5,273.91.

We shall wait for the price to sustain above both the moving averages and the downtrend line before proposing a trade in it.

Ethereum (ETH) continues to face resistance at the 50-day SMA. It has become a major roadblock for the bulls that needs to be crossed quickly, else we anticipate a fall to $116.30 and if that gets broken, a retest of $103.20.

Both the moving averages are flat and the RSI is just above the midpoint, which points to a consolidation. The ETH/USD pair will pick up momentum on a breakout and close (UTC time frame) above $134.50.

The next target on breaking out of $134.50 is $167.32. Considering the large target potential, we suggest traders maintain their stops at $100. We might recommend closing the position if the pair turns down and sustains below $116.30.

Ripple (XRP) has been finding support close to $0.295 for the past three days, but the bulls are struggling to break out of the downtrend line.

A strong breakout of the downtrend line will carry the XRP/USD pair to the next overhead resistance of $0.33108. The 50-day SMA is also located just below this level. Hence, we expect this to act as a major roadblock. However, if the bulls scale this level, the probability of a rally to $0.40 increases. Therefore, we might propose long positions on a close (UTC time frame) above $0.33108.

Conversely, if the price turns down from the current levels or from one of the overhead resistances, a retest of $0.27795 is possible. A break of this level will result in a fall to the yearly low of $0.24508.

EOS is trying to bounce from just above $2.70. The bulls will again attempt to break out of the overhead resistance zone of $3.05 to $3.2081. If successful, a rally to $3.8723 is probable. The 20-day EMA is turning up and the RSI is also in positive territory, which shows that the path of least resistance is to the upside. Hence, traders can keep the stop loss on long positions at $2.30.

If the price struggles to break out of the overhead resistance zone, partial profits can be booked closer to $3.20 and the remaining can be held with the stop at breakeven.

On the contrary, if the EOS/USD pair turns down from current levels, it can take support at the moving averages, failing which the drop can extend to the critical support at $2.1733. A break of this support can result in a plunge to the yearly low of $1.55.

Litecoin (LTC) found support close to $40. The bulls are currently trying to resume the uptrend and break out of the overhead resistance of $47.2460. If successful, the next target to watch on the upside is $56.910.

Contrary to our assumption, if the LTC/USD pair fails to breakout of $47.2460, it might turn down and retest the support at 20-day EMA. Therefore, traders can book partial profits closer to $47 if they find the pair struggling to move up.

A break below the 20-day EMA will weaken the momentum and plunge the digital currency to the 50-day SMA. The trend will turn negative if the bears break below $27.701. Traders who are long can trail their stops higher to $36. The stops can be moved up again as the price inches towards $47.2460.

The range in Bitcoin Cash (BCH) has shrunk as it waits for a decisive move by either the bulls or the bears. Volatility is likely to expand soon, but it is difficult to predict the direction of the move.

If the tight range resolves to the upside, the bulls will face resistance at the 50-day SMA and above it at $141. If the price sustains above $141, it will be a bullish sign, hence, we recommend long positions on a close (UTC time frame) above $141. The target levels to watch on the upside are $175 and above it $220.

On the contrary, if the BCH/USD pair breaks down, the next support is $105. Below this level, the decline can accelerate and retest the low at $73.50.

TRON (TRX) has broken below the 50-day SMA and has moved lower in the past two days. The moving averages are on the verge of a bearish crossover, which indicates weakness in the short-term. Therefore, traders can keep a stop loss of $0.023 to protect their long positions.

Conversely, if the TRX/USD pair finds support at the current levels and rises above both the moving averages, it will again attempt to break out of the critical resistance at $0.02815521. If successful, the pair is likely to start a new uptrend that can carry it to $0.038 and $0.04.

First signs of buying in Stellar (XLM) near the lows. The bulls are attempting to scale the 20-day EMA. If successful, a move up to the downtrend line and above it to the 50-day SMA is possible. We like that the RSI is showing strength and is pointing towards a pullback. However, as the price is still near the lows, we will avoid suggesting a trade in it.

If the XLM/USD pair turns down from one of the overhead resistances, the bears will again try to break down of the low at $0.07256747. If the low is broken, the next support is at $0.05795397. We shall wait for a new buy setup to form before recommending a trade.

Binance Coin (BNB) corrected for three days and found buyers close to the 20-day EMA. It is currently attempting to resume the up move and break out of the overhead resistance at $10. If successful, a rally to $12 is probable. The range between $10–$12 is a major hurdle, hence, the cryptocurrency might remain in this range for some time. On clearing this hurdle, a rally to $15 and above it to $18 is possible.

Contrary to our expectation, if the bears defend the overhead resistance and force the BNB/USD pair to turn down, the 20-day EMA will again act as a support. Below this, the next support is at the 50-day SMA and if that breaks, the final support is the uptrend line. If these supports fail to curb the fall, the trend will change from bullish to range bound.

On the other hand, if the BSV/USD pair turns around from one of the above-mentioned support levels, it will again try to break out of 20-day EMA. The bulls have not scaled the 20-day EMA for the past month and a half. Hence, a break out of it will be a sign that the downtrend is coming to an end.

We shall wait for the price to break out of $71.412 and the 50-day SMA before turning positive. Until then, we suggest traders remain on the sidelines.