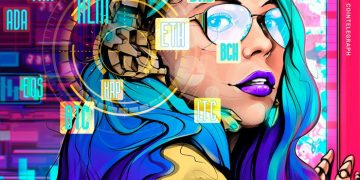 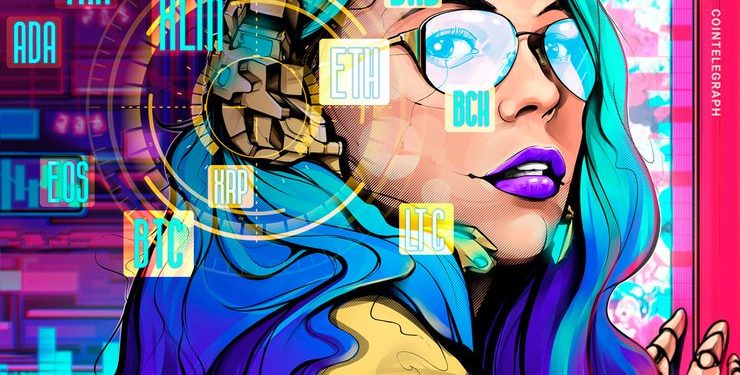 As the Bitcoin rally picked up momentum, the volume also spiked higher. Bitcoin futures on CME made a new record as the number of traded contracts reached 33,700 on May 13, which was way higher than the previous record of 22,500 contracts that exchanged hands on April 4. While increasing volume is a positive sign, a huge spike in volume can, at times, signal panic buying for the fear of missing out on the gains.

This is also a time when a number of rumors will crop up that can result in short-term spikes. One such rumor was that eBay will start accepting cryptocurrencies, but the same was denied by the company.

United States crypto exchange and wallet service Coinbase has expanded operations in 50 more countries and has introduced USD Coin (USDC) trading in 85 more countries. While this increases the reach of cryptocurrencies. It also provides an opportunity to the people living in inflation-hit nations to escape devaluation of their fiat currencies. Meanwhile, the U.S. Securities and Exchange Commission has postponed its decision on the Bitcoin exchange-traded fund application by Bitwise Asset Management.

Shark Tank’s Kevin O’Leary, based on his personal experience in using Bitcoin for a real estate transaction, has termed the coin as a useless form of currency. We believe that as the markets mature, these troubles will be a thing of the past. Hence, people should look into the future rather than dwell in the past.

After the sharp run-up of the past few days, Bitcoin (BTC) is taking a breather. It is facing some profit booking close to the overhead resistance of $8,496.53. The digital currency can either enter into a consolidation or a correction from these levels.

The first support on the downside is at $7,413.46 and if this level breaks, the slide can extend to the 20-day EMA. We expect one of these supports to stall the pullback. Both the moving averages are trending up, which shows that the BTC/USD pair is in a bullish grip. However, the RSI is deep in overbought territory, which suggests that buying has been overdone in the short term.

Ethereum (ETH) has picked up momentum in the past two days and has risen above our first target objective of $225. Though we like the way it has rallied, still we suggest traders book profits on 30% of their long positions at the current levels to pocket some gains and raise the stop loss on the remaining to $175, just below the 20-day EMA. If the price sustains above $225.49, the stops can again be raised to break even. The next level to watch is the pattern target of $256. If the momentum continues, a rally to $300 is also possible.

Both the moving averages are sloping up and the RSI is in the overbought zone. This shows that the bulls are in the driver’s seat. Any dip is likely to find support at $200 and below it at the 20-day EMA. Our bullish view will be invalidated if the ETH/USD pair plummets below the 20-day EMA.

Ripple (XRP) soared on May 14 and broke out of the overhead resistance of $0.33108 and $0.37835. This is a positive sign. It might face some profit booking close to $0.450 from where it might enter into a minor correction or a consolidation.

Any dip will find buyers close to $0.37835. We expect this level to hold and the XRP/USD pair to provide traders an opportunity to enter long positions. However, we will wait for a confirmation that the level is holding before proposing a trade in it.

On the upside, a breakout of $0.45 can clear the path for a rally to $0.60, with minor resistances at $0.50 and $0.55. At times, trades are missed because of large unexpected moves. It is a good trading strategy to wait for a low-risk entry point with a suitable stop loss and not chase the price higher.

Bitcoin Cash (BCH) is currently facing selling close to the resistance line of the ascending channel. A pullback to the 20-day EMA is a possibility. With both the moving averages sloping up and the RSI in the overbought zone, the bulls have the upper hand.

A breakout and close (UTC time frame) above the channel will be a positive sign and can result in a quick move to $500, followed by a rally to $638.99. The BCH/USD pair has a history of vertical rallies, hence, these targets are achievable.

However, if the pair fails to break out of the channel, it might gradually continue to climb higher. It will weaken and slide to the support line of the channel on a breakdown of the 20-day EMA.

Litecoin (LTC) closed (UTC time frame) above the overhead resistance of $91 on May 14. This completed a cup and handle pattern that triggered our buy recommendation given in the previous analysis.

The target level to watch on the upside is $158.91, with a minor resistance at $127.6180. The moving averages have turned up and the RSI is in the overbought zone. This shows that the bulls are in command. For now, the stop loss can be kept at $70.

We will watch for the LTC/USD pair to pick up momentum and quickly rally above $102, else the bears will again try to sink the pair back below the breakout level of $91. If the price slips back below $91, it will weaken the breakout. We may close the position if the price sustains below $91.

If the EOS/USD pair fails to ascend $6.8299 in the first attempt, it might consolidate near the resistance for a few days or correct toward the 20-day EMA. The trend will turn in favor of the bears if the price slides below the strong support zone of $4.4930–$3.8723.

Binance Coin (BNB) made a new lifetime high on May 13, which failed to sustain. But it has again risen to new highs today. A cryptocurrency that breaks out to new highs with a strong move signals that there is more to come.

The BNB/USD pair can now move up to the resistance line where it is likely to face some selling. The pair had turned down thrice from this resistance line, hence, it is an important level to watch out for. Any dip will find support at the 20-day EMA.

Both the moving averages are sloping up and the RSI has climbed into the overbought zone. This shows that the path of least resistance is to the upside. However, as we do not find a setup with a good risk to reward ratio, we are not proposing a trade in it.

Stellar (XLM) has broken out of both the moving averages and the resistance at the long-term downtrend line. This points to an end of the downtrend. There is a minor resistance at $0.13250273 and if this level is crossed, the rally can extend to $0.14861760.

Cardano (ADA) has been gradually inching higher towards the overhead resistance of $0.094256 for the past few days. If the price breaks out and closes (UTC time frame) above $0.094256, it will complete a rounding bottom pattern that has a target objective of $0.161275.

The 20-day EMA has started to turn up and the RSI has also climbed into the bullish territory. This suggests that bulls have a minor advantage. The traders can buy on a close (UTC time frame) above $0.094256. We will suggest a stop loss after the trade triggers.

On the other hand, if the bulls fail to ascend the overhead resistance of $0.094256, the ADA/USD pair might remain range bound for a few more days. It will turn negative on a break below the recent lows of $0.057898.

Tron (TRX) has finally broken out of the range. If the bulls sustain the breakout, it will indicate the start of a new uptrend. Therefore, we retain our buy recommendation given in an earlier analysis. As the digital currency had been consolidating for a very long time, we expect the next rally to last long and reach $0.050, with a minor resistance at $0.040.

Contrary to our assumption, if the TRX/USD pair fails to sustain above the range, it will extend its consolidation for a few more days. It will weaken on a breakdown of $0.02094452. The trend will turn negative if the bottom of the range at $0.0183 breaks down.