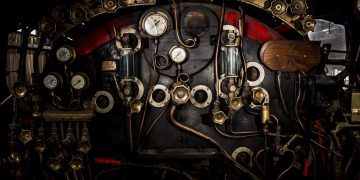 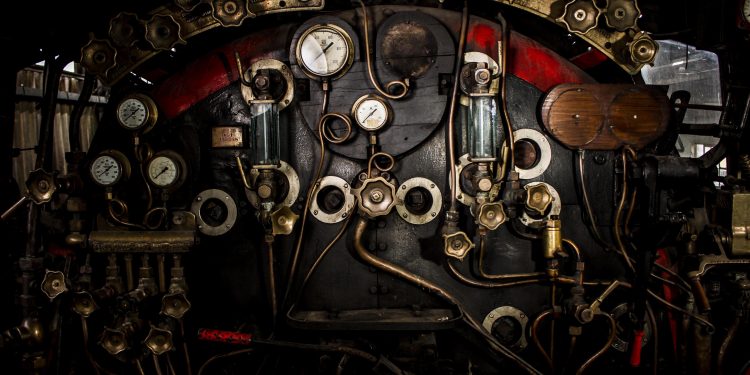 Simon Johnson is a Ronald A. Kurtz Professor of Entrepreneurship, MIT Sloan School of Management.

The promise and potential of bitcoin as a technology is frequently described in terms of a platform. On top of bitcoin’s permissionless blockchain, the argument goes, all kinds of things could be built to reduce the power and profit of trusted intermediaries. If you fear and resent monopolies, particularly those that are becoming more obnoxious as the digital age progresses, this is an alluring future.

It may also be an illusion. Not only are the use cases so far rather limited, but increasingly implementations – upon closer inspection – turn out to be “permissioned” blockchains, which are actually some form of relatively centralized shared database controlled by trusted intermediaries.

The terminology and rhetoric may have changed, for activities such as organizing supply chains or clearing financial transactions, but the reality looks remarkably similar to what existed before bitcoin was invented. Bitcoin’s arrival, and the disruptive potential it vaguely represented seemed to goad various industries into exploring an old form of distributed database technology. But this is hardly a revolution.

Will bitcoin ever have a more meaningful impact on society than this?

Before we ponder that more deeply, let’s pause and reflect on what definitely already exists. Bitcoin has proved to be a remarkably robust means of making certain kinds of payments. It is also a store of value, albeit one that is highly volatile. Of course, bitcoin has also spawned a variety of other cryptocurrencies, which range from being reasonable propositions to completely unappealing.

In speculating on whether bitcoin and its imitators can progress beyond these modest beginnings, one important historical analogy is useful: the development of railways in the UK. Some initial railways were highly profitable (e.g., the Liverpool-Manchester line) and others were miracles of engineering (the Great Western) but in various senses less successful. Many of them were more humdrum. There was excessive competition in what became known as “The Gauge War,” as well as crazy moments of speculation and plenty of outright fraud. It was the first big capitalist boom, and it set the tone for pretty much everything else that followed.

A case study in disruption

What did railways really accomplish? There were three major impacts, some but not all of which were clear at the beginning.

First, railways broke the grip that canals had on the movement of heavy goods. Turnpikes, or toll roads, were fine for small-scale movement of passengers, but anything heavier needed to go by barge. Not surprisingly, canal owners were generally opposed to railway development, spawning fights that went on for years. This pitched battle was obvious to everyone who understood the transportation element in the pricing of coal and other traded goods.

Second, railways encouraged people to travel. The number of people traveling by rail, for example between Liverpool and Manchester, quickly surpassed the number who had been brave enough to take a stagecoach.

Third, railways created new jobs, but they also destroyed livelihoods. The people who ran and otherwise benefited from turnpikes did not do well. Over several decades, railways were a net positive on the jobs front – including many occupations that were relatively well-paid (although other jobs were most definitely dangerous and underpaid by any reasonable metric). The scale and scope of the economic and social impact was impressive – and likely a surprise to most people.

Most canals eventually went out of business, but what’s striking is how long it took. Some waterways remain financially viable at least until the end of the nineteenth century – roughly 60 years after the railway proof of concept was fully established – even though canal owners had done nothing new or clever to assure their survival.

A canal is a canal; there’s not much you can do to invest or upgrade this kind of physical infrastructure. The response on the side of the roads was quite different.

Over time, road surfaces improved a great deal. And the internal combustion engine, which gave rise to the automobile, proved to be a technological shift just as profound as putting a steam engine on wheels. Nothing lasts forever, as the owners of railway company stock discovered.

Take all of this back to bitcoin and assume that only the narrow version survives – solely a payments system. This could still be a major potential competitive threat to all forms of financial gatekeeper, but only insofar as bitcoin can outcompete its rivals among other means of digital payments. Various companies in this arena are trying to build railroads – some focused on functionality, others aiming for more elegant solutions.

But for the customer, it’s just about getting from A to B fastest at the lowest cost.

You really don’t care how Venmo works, or what happens when you use Apple Pay in a cab or receive a confirmation from PayPal, or even how your credit card works in a foreign chip & PIN sign system. All you care about is: did you know what the price was going to be, and could you settle in a way acceptable to both the payee and you. Various entities are holding risk within that payments system, but not you – at least not in a way that gives you any concern.

Bitcoin’s opportunity lies in how well it too can enable more seamless, low-cost digital transactions for people. (I don’t see bitcoin as a rival for cash, which will rise or fall in various societies, depending on whether people like immediate anonymous settlement – and how they feel about carrying around physical bundles with that characteristic.)

We go with what works

How will this shake out? Let’s take a lesson from Isambard Kingdom Brunel, builder of the Great Western Railway. Impressive engineering is good, but interoperability trumps it.

Brunel’s railway had a broader gauge than most other British lines, but it was eventually forced to adopt those standard gauges to connect with other lines. In the end, the network effect prevails – we go with what works more often and in more places.

Bitcoin may have helped spark the railroad age but there is no guarantee it will win. In fact, currently, it looks more like the Great Western – gets the job done, but at relatively high cost in a small community of users, and with features that can only be regarded as strange.

(The oddest part of the Great Western operation was a century-long contract (!) that required all London-Bristol trains to stop in Swindon, where there were monopoly providers of refreshments to that line. Lesson for crypto developers: long confirmation times and erratic spikes in transaction fees may seem attractive to some engineers; to ordinary customers these are discouraging.)

Bitcoin could still win the competition to provide better, cheaper, more reliable payments. Recent steps promised by Bakkt, for example, can be regarded as encouraging if they bring bitcoin closer to being used in mainstream commerce (e.g., for Starbucks). And every time I hear about the Lightning Network from a colleague at MIT, I also feel that the system is moving in the right direction toward low-cost, peer-to-peer payments.

Still, remember, the railway customer does not care if the railway will strengthen or undermine existing landowners or shake up the structure of power. Similarly, whether particular intermediaries will rise or fall is generally a matter of some indifference.

All that matters is: will the trains run on time, and how much does it cost to buy a ticket?