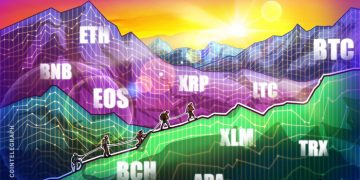 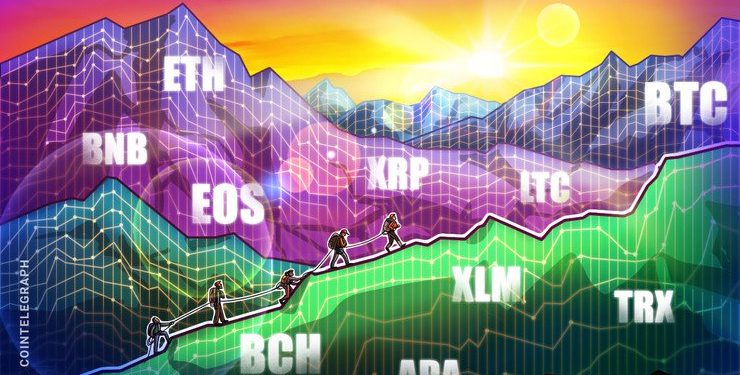 The bull market of 2017 followed by the bust in 2018 increased the popularity of cryptocurrencies. 89% of Americans have heard of Bitcoin, up from 77% in October 2017, according to a new survey by Spencer Bogart of Blockchain Capital. Another encouraging sign is that every age group has been purchasing Bitcoin. The survey shows that even 2% of retirees own Bitcoin.

The executives of traditional financial institutions are increasingly joining the blockchain and crypto bandwagon. Even the large finance companies are looking at ways to introduce and improve crypto services for institutional investors.

A report by research firm Gartner Inc shows that 20% of the top 10 grocers across the world will use blockchain by 2025. This shows the scale of growth in just a few years. The recent recovery is pointing to an end of the bear market. Most major cryptocurrencies are unlikely to drop to their lows. But are they showing any buy setups? Let’s find out.

The bulls have been defending the 20-day EMA for the past few days, but have been unable to propel Bitcoin (BTC) higher. This shows a lack of demand at higher levels as the digital currency nears the stiff resistance zone of $5,600–$59,00. However, both the moving averages are trending up, which suggests that the bulls still hold the advantage. Above $5,400, the bulls will again try to carry the price to the overhead resistance zone.

We do not expect the BTC/USD pair to scale above the resistance zone at the first instance. A few days of consolidation or a minor correction from $5,900 is likely.

The RSI is forming a bearish divergence, which is a negative sign. If the pair turns around and dives below the 20-day EMA, it can fall to $4,914.11. A breakdown of the $4,914.11 and the 50-day SMA support zone will dampen sentiment and shift the advantage in favor of the bears. We suggest traders trail the stops on the remaining long positions to $5,100 and protect paper profits.

Ethereum (ETH) has held the 50-day SMA. The subsequent bounce has carried it above the 20-day EMA and the overhead resistance at $167.20. However, it is facing resistance at the downtrend line.

Both the moving averages are flattening out and the RSI is close to the midpoint. This suggests a consolidation for the next few days.

This view will be invalidated if the ETH/USD pair breaks out of the downtrend line. It can then rise to $180, followed by a rally to $190.54. Above this level, it is likely to pick up momentum and head towards $225 and above it to $256. The pair will turn negative if it breaks below the recent lows of $148.03. We will wait for the price to sustain above the downtrend line before proposing a trade in it.

The bears will now try to sink the price back towards the low of $0.27795. A break of this level will revisit the yearly low of $0.24508. While the other cryptocurrencies are showing life and have moved further away from their lows, the XRP/USD pair is struggling to move up.

The pair will signal strength after it breaks out and sustains above $0.33108. It will pick up momentum above $0.38. We will wait for a bullish setup to form before suggesting a trade in it.

Bitcoin Cash (BCH) rebounded sharply from the support at 50-day SMA on April 30 and climbed above the overhead resistance of $255. It is currently facing resistance at the 20-day EMA.

The 20-day EMA is flattening out and the RSI has also risen close to 50. This suggests that the pair might remain range bound for a few days. While the lower boundary might be $227.70, the upper boundary is yet to be established.

Litecoin (LTC) reversed direction on April 30 and broke out of the descending channel and the 50-day SMA. It, however, is facing resistance at $74.6054. The 20-day EMA is also located close by, hence, we anticipate a stiff opposition by the bears at this level.

With the 20-day EMA flattening out and the RSI close to 50, we expect the LTC/USD pair to remain range bound for a few days.

Our neutral view will be invalidated if the pair turns down from the current levels and slips back into the channel. On the other hand, a breakout above $74.6054 will push the price towards $84.3439 and above it to $91.

EOS bounced off the 50-day SMA on April 30. It is currently at the downtrend line, which is likely to offer resistance. The 20-day EMA is flattening out and the RSI is close to the center. This points to a probable consolidation in the short term.

However, if the EOS/USD pair climbs above the downtrend line, it will become positive. The target levels to watch on the upside are $5.6163 and above it $6.0726. A breakout of this will propel the pair to the stiff resistance of $6.8299.

This bullish view will be negated if the price turns down from the current levels and plummets below the uptrend line of the rising wedge.

Binance Coin (BNB) has been trading just above the 20-day EMA for the past few days. Both the moving averages continue to trend up and the RSI is maintaining in the positive zone. This shows that the bulls still have the upper hand.

However, the failure to push the price higher shows that the BNB/USD pair is not finding buying support at higher levels. But the traders holding long positions are not booking profits either, due to which the pair continues to trade close to the recent highs.

The first indication of selling will be when the digital currency slides and sustains below the 20-day EMA. A deeper correction will ensue if the bears sink the price below the 50-day SMA. Until then, every dip is likely to be purchased. Though we are bullish, we do not spot a reliable buy setup, hence, we are not suggesting a trade in it.

Though the bears broke down the uptrend line twice, they could not capitalize on the advantage. This shows buying at lower levels. The bulls have pushed the price close to the downtrend line, which is a positive sign. Stellar (XLM) is currently facing resistance at the 20-day EMA, above which a rally to $0.12039489 is possible.

Contrary to our assumption, if the XLM/USD pair turns down from the 20-day EMA, the bears will try to break down of the uptrend line once again. If the price sustains below this level, it will complete a rising wedge pattern that can drag the price lower to $0.08.

Both the moving averages have flattened out and the RSI is just below the midpoint. This suggests a range bound action for the next few days.

Cardano (ADA) has pulled back to the moving averages. We expect it to face stiff resistance at this level, as the downtrend line is also located just above it. If the price turns down from the current levels, it can drop to $0.063230. A break of this level will turn the tables in favor of the bears.

Conversely, if the ADA/USD pair breaks out of the downtrend line, it can rally to $0.082952 and above it to $0.094256. If the pair fails to break out of this resistance zone, it might enter into a consolidation.

On the other hand, a breakout of $0.094256 will be a positive move. We will wait for the cryptocurrency to climb and sustain above $0.094256 before suggesting a trade in it.

Tron (TRX) continues to trade in the range. After bouncing off $0.02094452, it has been clinging to the moving averages for the past few days. This increases the probability of a breakout and rally to the next overhead resistance of $0.02815521.

The TRX/USD pair has been consolidating for almost nine months. Previous attempts to break out of the range failed to attract buyers at higher levels. However, such a long accumulation is a positive sign. Once the pair breaks out and sustains above $0.02815521, it is likely to start a new uptrend. The longer the consolidation, the stronger the eventual breakout.

Our bullish view will be invalidated if the digital currency turns down from the current levels and plummets below $0.02094452. In such a case a fall to the critical support of $0.0183 is probable.

MakerDAO Demos Tech to Back Stablecoin DAI With Any Crypto Asset

MakerDAO Demos Tech to Back Stablecoin DAI With Any Crypto Asset