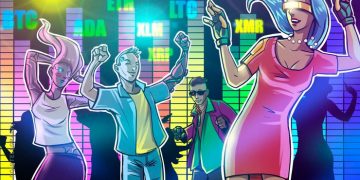 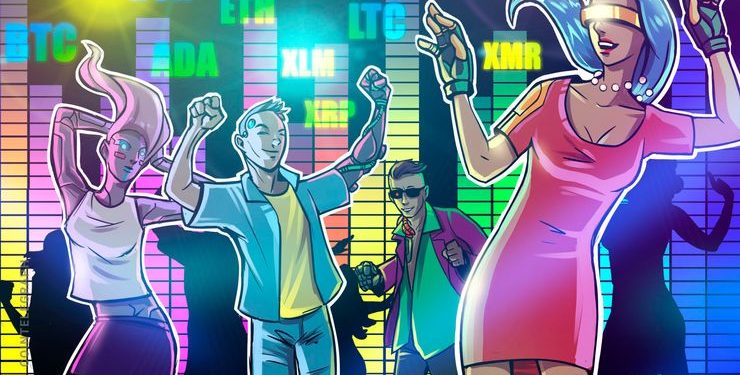 After months of stability, cryptocurrencies are under a renewed bear attack, as total market capitalization has again dipped below $188 billion. The current sell-off comes after months of range bound trading on markets. This is a negative sign because it shows that, after a period of relative balance, sellers have gained the upper hand.

None of the cryptocurrencies were spared in the carnage as most of the top ten tokens by market capitalization are down anywhere between 9-18 percent. This shows that selling has been broad-based. Though the exact reason for the fall is unknown, CEO of BKCM Brian Kelly believes that it might have been triggered by uncertainty surrounding the Bitcoin Cash fork.

How should traders approach this new development? Is it time to do some bottom fishing or is it best to sit and wait until the decline plays out? Let’s see.

Bitcoin crumbled today as the break below the trendline attracted sharp selling, plunging prices to new year-to-date lows. As prices broke below $5,900, it triggered our stop loss suggested at $5,900. Currently, the bulls are trying to push prices back above $5,900 but every small pullback is being met with a fresh wave of selling.

If the bears sustain prices below $5,900, the next drop should take the BTC/USD pair to $5,450 and below that to $5,000. Contrarily, if the bulls stage a successful pullback, the digital currency might attempt to climb above the trendline once again.

At times, the first move from a consolidation is a fake out. Hence, the next couple of days are very critical for the digital currency as it will dictate the next direction. If the bears exploit the breakdown and sink prices lower, then it is best to sit out until the decline ends. However, if the bears fail to capitalize on the fall, it shows strong demand at lower levels. Therefore, we suggest traders wait for the next couple of days, as it will give us a better clue about the next direction.

Though Ethereum broke below the immediate support at $188.35, it did not slide through the Sept. 12 intraday lows of $167.32. Currently, the bulls are staging a comeback, having pushed prices back above $188.35, which shows demand at lower levels.

If the ETH/USD pair sustains above $188.35, it is a bullish sign as it rejects the lower levels. On the other hand, if the current pullback attempt is met with another round of selling, then traders can expect the fall to extend to the next lower supports of $136 and $110. Though we like that it has not made a new low today, it is still too early to go out and buy. Therefore, we suggest traders wait and watch from the sidelines.

The rebound from the breakout levels faded and Ripple has turned down. It broke below the moving averages and the support zone, plunging to $0.40. In doing so, it triggered our stop loss suggested at $0.45.

Currently, the XRP/USD pair has recovered some of its losses and is trying to climb back above the moving averages. It will pick up strength if the bulls breakout of the small downtrend line.

Bitcoin Cash had one of the worst falls among the top cryptocurrencies. Selling increased as it broke below the 61.8 percent Fibonacci retracement level of $500.3425 and the 50-day SMA. Our recommended stop loss triggered at $480. Panic dragged the BCH/USD pair down to an intraday low of $423 where some buying emerged.

Considering the uncertainty of the hard fork on Nov. 15, we advise traders to stay away from initiating any fresh positions now. Traders can wait for the dust to settle before taking any trading positions.

EOS plummeted below the tight range and fell to the critical support at $4.4930. This triggered our stop loss proposed at $4.90.

Currently, the bulls are trying to provide support at $4.4930. If the level holds, a pullback towards $5 is likely. However, if the support breaks, a retest of the critical support at $3.8723 is probable.

The 20-day EMA has started to turn down and the RSI has reached close to oversold territory, which shows that the bears have an upper hand. We suggest traders wait for the EOS/USD pair to stabilize before initiating any long positions again.

Stellar is currently trading inside an ascending channel, having declined from the top of the channel to the bottom. We anticipate strong support around the $0.22–$0.225 mark from the support line of the channel and the downtrend line of the descending triangle.

If the XLM/USD pair breaks below the channel and re-enters the descending triangle, it will be a negative sign. Therefore, traders who are long on our recommendation can keep their stops at $0.22.

If support from the channel holds, the bulls will again attempt to gradually move towards the top at $0.30. The moving averages have flattened out and the RSI has marginally dipped into negative territory, which points to consolidation in the near term.

On the other hand, if the bulls attempt to bounce and climb above $49.466, it will indicate buying at lower levels, which is positive. Currently, however, the digital currency remains negative, hence, we are not suggesting any trades.

Cardano could not scale the 50-day SMA for the past five days, attracting sellers. It easily broke below the support from the tight range at $0.068989 and reached close to the critical support at $0.060105 where some buying emerged.

Selling in Monero intensified as it broke below the immediate support at $100.453. It plunged to an intraday low of $85.039 where some buying emerged.

Currently, the XMR/USD pair is attempting to climb back above $100.453. If successful, the range bound action is likely to continue.

However, if the bounce is met with strong selling at higher levels, a retest of the $81 level is likely within the next couple of days. The 20-day EMA is turning down and the RSI has dipped into negative territory, which suggests an advantage for bears in the short-term. We recommend traders wait for prices to stabilize and show an upward trajectory before initiating any long positions.

TRON broke below the bottom of the range and fell close to the critical support at $0.0183. This level had held twice before, hence, we anticipate the bulls to defend it once again.