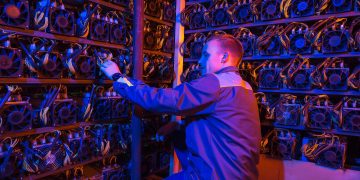 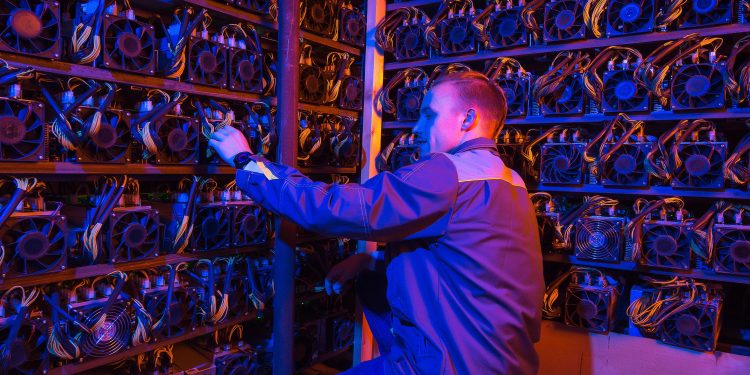 Bitcoin cash’s ongoing war of words is set to reach a conclusion tomorrow.

That’s when a planned technical update (and an ongoing disagreement over the proposed code changes) may lead two major bitcoin cash implementations – Bitcoin ABC and Bitcoin SV – to split into separate blockchains.

In the days prior to the activation, rising contention from both camps has culminated in what has been termed as “hash war,” as mining pools ramp up their computing power to show support for the various implementations.

But rather than a future in which the two versions of bitcoin cash live in harmony, there’s a degree of concern that, under a scenario in which two distinct blockchains emerge, that same mining power could be wielded as a weapon against one of the networks.

“An SV miner can even legally kill off a chain. That is the miner’s right. This is what bitcoin is,” Craig Wright, the controversial chief scientist behind nChain, the company that leads the Bitcoin SV implementation, tweeted.

Hash power – the computing resources committed by miners toward securing a blockchain – has been fluctuating between both camps in the days prior to the activation, though all signs point to Bitcoin SV proponents having the upper hand on this front

Because of bitcoin cash’s underlying architecture, a 51 percent dominance in hash power will allow Bitcoin SV to launch attacks against the minority chain – and Wright has suggested that such action isn’t off the table.

As such, according to Peter Rizun, the chief scientist of Bitcoin Unlimited (a bitcoin cash software implementation that supports Bitcoin ABC), the upcoming hash war is a test of what is known as bitcoin’s underlying security assumption, dubbed the “honest majority.”

Detailed in the Satoshi Nakamoto white paper, the honest majority assumption is based on the premise that security is only guaranteed if 51 percent – or a majority – of nodes are behaving non-maliciously.

“The security of blockchains come from economic incentives, not from math. We cross our fingers and hope that a group of attacker nodes will choose to play by the rules. Maybe they won’t,” Rizun said, adding:

“The coming hash battle is putting Satoshi’s assumption to the test.”

In effect, Wright sees the upcoming split in terms of bitcoin’s longest chain rule – the underlying bitcoin consensus mechanism that defaults to the longest chain in the event of multiple blocks being found simultaneously.

When applied to a blockchain split, what this means essentially means is a fight to the death between the competing chains, where the last one standing would be considered the “true” bitcoin cash by nodes.

For example, both implementations have declined to add so-called “replay protection,” or code that allows funds to be safely spent when a split occurs.

“Neither Bitcoin SV nor Bitcoin ABC have implemented transaction replay protection, as the intention is for only one chain to survive,” nChain, the software company behind Bitcoin SV, wrote in a press release published earlier this month.

This means that without special precautions, users could lose funds while transacting on a split chain. Similarly, hackers can exploit the vulnerability to extract funds from exchanges.

“Users potentially stand to lose money because of this decision,” Chris Pacia, a developer for OpenBazaar, told CoinDesk, adding: “Not adding replay protection is a dick move.”

And there are other ways that the two blockchains could continue to wage war following the fork – especially if one camp continues to dominate the hash power.

At the time of writing, the prevailing hash rate is showing a preference for the SV side. If the preference continues, there’s a host of ways that Bitcoin SV could try to keep ABC from operating.

For example, SV could mine empty blocks that do not contain transactions.

Combined with a majority hash rate, this could result in user transactions being rejected from the chain, essentially pushing the blockchain into stasis. According to Rizun, the cost of this attack “is nearly zero for SV, assuming they have majority hash power.”

For the honest minority, however, the cost is extremely high.

“They spend a lot of resources to find a block, only to have it orphaned and lose the 12.5 BCH block reward. The honest miners might give up,” Rizun explained.

Alternatively, the miner could simply include useless or “junk” transactions into the blockchain, which would have a similar effect to empty blocks, but according to Chris Pacia, this approach also “forces people to validate and store all the junk transactions.”

Equally, having a 51 percent majority means that SV attackers could perform a so-called “double-spend attack,” in which an attacker prints non-existent funds from an exchange.

A notorious attack within the cryptocurrency industry, such an attack requires the majority of hash power to function.

Given the hash power, a miner can produce blocks in secret that contain false transactions before injecting the transactions into the blockchain.

Still,  in this case, Rizun depicted this attack as one of the least likely outcomes of the bitcoin cash fork, because, unlike hostile activity between competing chains, double-spends are “blatantly criminal.”

And there are other attacks that could be launched between the blockchains as well.

“This would cause users, especially exchanges, to lose millions of dollars as they would see their transactions get reversed. [Wright] has threatened to do this,” Pacia said.

Additionally, Rizun listed “poison-block attack, denial-of-service attacks, network-partition attacks, and zero-day exploits,” among the kinds of activity that could arise between the warring factions.

For example, rumors have been building ahead of the release about something that has been nicknamed “Satoshi’s shotgun” – which would inject large volumes of spam transactions into the competing chain. Spam transactions would flood the blockchain, slowing the time that it takes for standard transactions to be confirmed.

“We saw [Satoshi’s shotgun] in action on Nov. 10. Apparently, it generated up to 800 transactions per second,” Rizun said.

Continuing, Rizun explained a further possibility – what he calls a “fair fight” – in which SV would simply prevent the changes that ABC intends to make from activating.

Another attack that requires the majority of hash rate in order to function, SV could mine blocks that are valid to both implementations but would punish miners that attempt to activate ABC changes by simply refusing to include them in a block.

“This way, SV could try to bleed the ABC-loyal miners dry until they give up on the changes,” Rizun said.

Such an attack would prevent ABC from activating and ensure that SV becomes dominate on the bitcoin cash blockchain. According to Rizun, this is the most sensible and cost-efficient form of attack, but “also probably the most technically difficult to implement.”

“[It’s] only really a good option if they actually care about BCH. If SV wants to destroy BCH, then [it] would not be a good option,” Rizun said.

And while it’s unclear how Thursday’s hard fork will play out, according to Rizun, such attacks are “exciting,” because they allow blockchains to be battle-tested in more robust scenarios.

“People think you just make a blockchain and it becomes secure by some mathematical pixy dust. It doesn’t,” Rizun said, concluding:

“We don’t know if blockchains work. That might sound odd, but it’s true.”