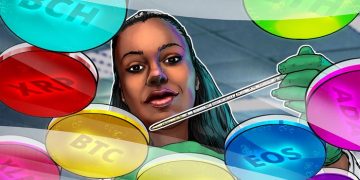 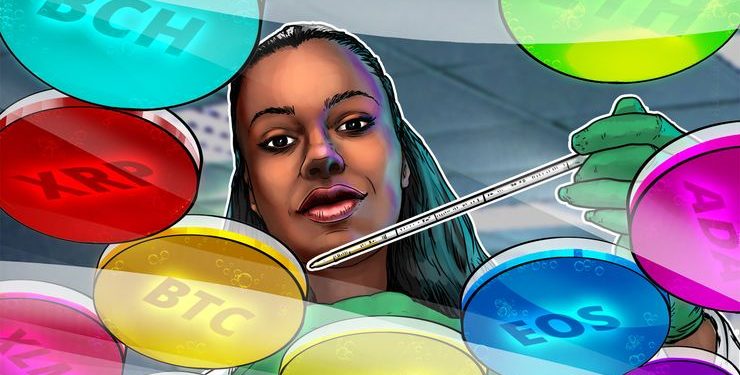 Mike Novogratz, founder and CEO of crypto investment firm Galaxy Digital Capital Management, called a bottom in cryptocurrencies on September 13, while conversely the Chief Commercial Officer of BitPay, Sonny Singh believes that Bitcoin will resurge in 2019 but that altcoins “will never come back.” He said the next trigger that can carry Bitcoin higher is the entry of institutional players.

Morgan Stanley is the latest Wall Street giant planning to allow its clients to trade Bitcoin using trade swaps, according to Bloomberg sources. Investors continue to pour money into funds linked with blockchain technology. U.S.-based venture capital firm Ribbit Capital is aiming to raise $420 million for its latest fund, a 40 percent increase above its previous venture that attracted $300 million.

New research by fintech analysts Juniper House found 65 percent of large enterprises – employing a minimum of 10,000 staff – are “considering or actively engaged” in blockchain deployment. This shows the fundamentals of the sector are improving. So, will prices follow the fundamentals higher? Let’s find out.

Bears did not challenge the $6,075-$5,900 support zone as we had expected. Bitcoin broke out of $6,500 on September 13 but is currently facing resistance at the 20-day EMA. This shows sellers are active on pullbacks. If the bulls break out of the 20-day EMA, a rally to the 50-day SMA, followed by a move to the downtrend line of the descending triangle is likely.

If the BTC/USD pair turns down from the current level and sustains below $5,900, it will complete two bearish patterns – a head and shoulders and a descending triangle. The pattern target of such a breakdown is much lower, but we anticipate strong support at $5,450 and $5,000.

If bulls hold the next dip above $6,200 and breakout of the 20-day EMA, we might suggest opening a small position. Until then, we suggest traders remain on the sidelines and wait for a reliable buy setup to form.

We anticipated a pullback in our previous analysis and Ethereum rallied to $224.21 from the $167.32 low on September 12. However, the trend remains down as both the moving averages are trending down and the RSI is close to the oversold zone.

If the bulls scale above the 20-day EMA, the next overhead resistance is the downtrend line of the descending channel and the 50-day SMA, located just above the channel.

Hence, we shall wait for the ETH/USD pair to form a reversal pattern before proposing any long positions. The critical level to watch on the downside is $167.32, below which the decline can stretch to $136.12.

Both moving averages are sloping down and the RSI is in the negative, which shows that the sellers are in command. The XRP/USD pair has not broken out of the 50-day SMA since May 17. If bulls can sustain above the simple moving average, it will indicate buying and a probable change in trend. We will wait for prices to scale above the downtrend line before recommending a trade.

Bitcoin Cash remains in a strong downtrend with both the moving averages trending down and the RSI in negative territory.

On the upside, if the bulls scale above the 20-day EMA, a rally to the 50-day SMA is probable. The virtual currency will show signs of a change in trend if it breaks out of the resistance line of the descending channel. We shall wait for a reversal pattern to form before suggesting any long positions.

EOS has been facing resistance at the $5.65 level for the past two days., just below the 50-day SMA.

A breakout of the 50-day SMA could carry the EOS/USD pair to the $6.8299 level. Therefore, we recommend holding remaining long positions with stops at $4.40.

Stellar has risen from the critical support of $0.184 but is facing resistance at the 20-day EMA for the past three days.

Traders should wait for a breakout from this range before initiating any long positions. A breakdown will be very negative and could sink prices to $0.11812475 and $0.082332.

The breakdown from the $49.466 level on September 12 was short-lived as Litecoin bounced back into the range. This shows some buying below the $50 level. We like the positive divergence developing on the RSI, but need prices to follow up higher before it can act as a buy signal.

The LTC/USD pair will face stiff resistance on the upside from the 20-day EMA, the downtrend line and the 50-day SMA.

Both moving averages are trending down and the RSI is still in negative territory. A breakdown from $47.246 could sink prices to the next support zone of $40-$44. We suggest traders wait until the virtual currency forms a reliable buy setup.

Bulls are trying to defend the $0.06 level on the downside but have not been able to carry Cardano above the $0.0715 level for the past two days.

Both moving averages are sloping down and the RSI remains in oversold territory. This shows that sellers are firmly in control. The target on the downside is $0.054541.

The first sign of a probable change in trend will be when the ADA/USD pair breaks out and sustains above $0.111843. We will wait for a reliable buy setup to form before suggesting any long positions.

Monero has broken out of the moving averages after taking support at the downtrend line. If it breaks out at $120, it could climb to $142.71 and $150.

The moving averages are close to each other and are flattening out while the RSI has moved into positive territory. This shows that bulls have an advantage in the short-term. Therefore, we suggest holding long positions with the recommended stop loss.

The XMR/USD pair will turn negative if bears sink prices below the September 12 low of $96.390.

IOTA is attempting to bounce after taking support at the $0.5 mark, but it is facing strong resistance at the 20-day EMA.

The zone between $0.59-$0.67 will act as stiff resistance. Once this zone is crossed, a move to $0.81 and $0.9150 is probable. The 20-day EMA has flattened out and the RSI is attempting to climb into positive territory, which shows that selling pressure is decreasing. Traders could hold their long positions with the stops at $0.46.