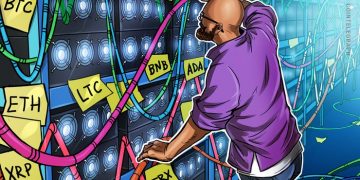 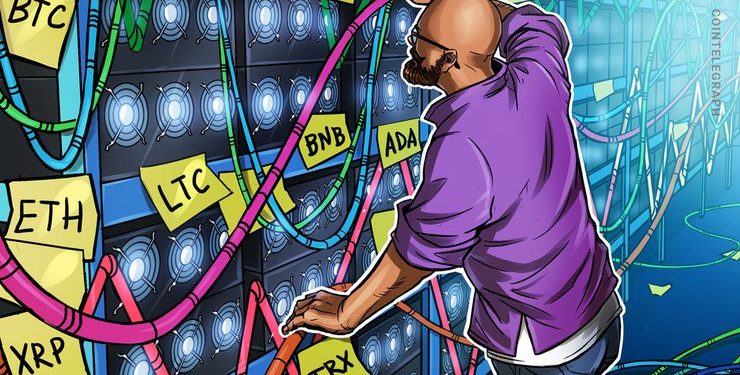 Unlike the previous bull market, recovery this time is likely to be a long one because every higher level will bring in huge supply, causing the market to correct. We also expect the markets to take a dip intermittently to shake out the weaker hands.

Many still doubt the future of this nascent asset class. In a recent survey of a few European nations, 63% of participants were confident that cryptocurrencies will exist in 10 years in some form or the other. However, the respondents were not that upbeat on Bitcoin, as only 49% believed that it will exist in 10 year from now. Even fewer, only 7%, hope to see Bitcoin as an investment and security tool in 10 years. This shows that some are still oblivious to the huge potential of this space.

However, companies across the world have been experimenting with blockchain technology and cryptocurrencies. Societe Generale SFH is working towards improving the transparency and transferability of bond issuances. In this regard, it has issued 100 million euro bond as a security token on the Ethereum blockchain.

Samsung might launch its own cryptocurrency named Samsung Coin, according to anonymous sources. Walt Disney Corp. is in talks to buy out online gaming giant NXC Corporation, which in turn has stakes in Korbit and Bitstamp crypto exchanges.

Bitfury has obtained approval for a dedicated bitcoin mining fund for institutional investors from Liechtenstein. This will give an opportunity to the institutions to invest in the interesting world of bitcoin mining.

Currently, altcoins are tumbling. Do any of them offer a buying opportunity? Let’s find out.

Bitcoin (BTC) is currently facing some resistance close to $5,600. However, both the moving averages are trending up and the RSI is still close to overbought levels. This shows that the bulls are in charge. On the upside, a breakout of $5,600 can propel the price to the next critical zone of $5,674.84–$5,900. We anticipate the bears to defend this zone. Hence, traders can book partial profits on their remaining long positions above $5,600 and keep the stop loss on the rest at $4,800.

Conversely, if the bears sink the BTC/USD pair below the 20-day EMA, it can slide to the next support at $4,914.11. This is a critical support, which might hold. A breakdown of this level will hurt sentiment as it will weaken momentum and indicate that the bears are still shorting at higher levels. If the bulls fail to defend $4,914.11, the digital currency can dip to the 50-day SMA. The next few days are critical as it will determine whether the recovery is over or if this is only a shakeout.

Ethereum (ETH) again reversed direction from the overhead resistance at $180 on April 23. The price has broken down of the 20-day EMA and has re-entered the triangle, which is a bearish sign. This shows that the breakout from the triangle did not find any buyers at higher levels.

If the bulls fail to push the price back above $167.32 within the next couple of days, the ETH/USD pair can drop to the 50-day SMA. A break of this support can sink the pair to $144.78. Hence, traders can retain the stop loss on the remaining long positions at $150. We would have suggested closing the entire position but the moving averages are still sloping up and the RSI is at the midpoint, which shows that the bulls are still in the game.

After holding the 50-day SMA for four days, Ripple (XRP) plunged below it today. This is a negative sign. It can now drop to $0.27795, which is a critical support. If this support also gives way, a retest of the yearly low at $0.24508 will be in the cards.

However, if the support at $0.27795 holds, the XRP/USD pair might remain range bound for a few more days. The 20-day EMA is gradually sloping down and the RSI has dived into the negative territory, which suggests the bears are back in command. The pair has been one of the weakest digital currencies as it has not participated in the recent recovery. This shows a lack of demand for it. We therefore withdraw the existing buy recommendation. We will wait for the price to signal a trend reversal before suggesting a long position in it.

Bitcoin Cash (BCH) has broken down of the 20-day EMA and is on its way to the next support at $255. The 20-day EMA is flat and the RSI is at the center, which points to a consolidation in the near term.

The attempts by the bulls to push EOS back above the 20-day EMA did not sustain. It has plunged below the support and is on its way to the next support of $4.4930. The uptrend line of the rising wedge is at this level and the 50-day SMA is placed just above it. Therefore, we expect a strong defense by the bulls.

But if the price breaks down of the uptrend line, it will complete the bearish rising wedge pattern that has a target objective of $2.80. However, there are a slew of supports between $3.8723 and $3.00. We expect one of these to hold. With the 20-day EMA weakening and the RSI in the negative territory, the bears are attempting to regain the upper hand.

Nonetheless, if the EOS/USD pair bounces off the 50-day SMA, the bulls will try to push the price back above the 20-day EMA and the downtrend line. If successful, a rally to $6.0726 and above it to $6.8299 is possible. We suggest traders wait for the price to stabilize and signal a turnaround before attempting to go long.

Litecoin (LTC) failed to rise above the 20-day EMA after breaking down of it on April 21. This attracted further selling and the bears broke down the immediate support of $74.6054. The price is presently at the 50-day SMA, which is a strong support. If this support also breaks, the drop can extend to $62.450.

Conversely, if the LTC/USD pair rebounds from the 50-day SMA, it will attempt to rise to the overhead resistance of $91. The 20-day EMA has started to slope down and the RSI has declined into the negative zone. This suggests that the bears are making a comeback. Considering the weakness, we have withdrawn the buy proposed in our earlier analysis. We will wait for the uptrend to resume before suggesting a trade in it.

Binance Coin (BNB) has pulled back to the 20-day EMA after failing to make a new high on April 20. Both the moving averages are sloping up, which shows that the trend is bullish. The RSI has also corrected the overbought levels. If the price rebounds from the 20-day EMA, the bulls will again try to retest the lifetime highs.

However, if the BNB/USD pair slips below the 20-day EMA, it can drop to the uptrend line of the rising wedge. The 50-day SMA is just below this level, hence, we anticipate a strong support at this level, but if the price fails to hold this support, it will complete a bearish rising wedge pattern that has a minimum target objective of $13.60. We shall wait for a reliable buy setup to form before recommending a trade in it.

Stellar (XLM) has broken down of the 50-day EMA and the immediate support of $0.1090. It is currently trying to find some support at the uptrend line. The 20-day EMA is starting to turn down and the RSI has dived below 50. This shows that the bears have the upper hand.

On the other hand, if the bears sink the pair below the uptrend line, it will become negative and can slide to $0.08.

Though Cardano (ADA) broke out of the channel on April 23, it hit a roadblock at $0.082952. Currently, the price has dipped to the 50-day SMA, which is a strong support. But if this level gives way, a fall to the support of the channel is probable.

The 20-day EMA is flat and the RSI has dipped into the negative zone. This shows that the bulls are losing their grip over the ADA/USD pair. It will show signs of strength if it can break out of the channel and rise above the overhead resistances of $0.082952 and $0.094256. We will wait for the price to stop falling before turning positive.

Tron (TRX) triggered our suggested stop loss on the long positions at $0.024 on April 23. The bulls have failed to push prices higher. Hence, it can now drop to the next support at $0.02094452. The 20-day EMA has turned down and the RSI has dipped into the negative territory. This shows that the bears have the upper hand in the near term.

If $0.02094452 holds, the TRX/USD pair might remain range-bound for a few days, but if the support breaks, the fall can extend to $0.0183. Any attempt to recover will face resistance at $0.02815521. Considering the repeated failed breakout attempts, we shall wait for the price to rise above $0.035 before suggesting any fresh positions once again.

The 20-day EMA has started to turn down and the RSI has also dipped into the negative territory. This shows that the bears are gaining an upper hand in the short-term.