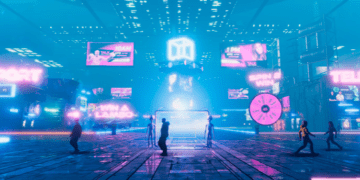 This year’s sales of non-fungible tokens (NFTs) could exceed $18 billion. Digital assets like as artwork, music, and in-game characters, as well as films and images, are highly sought for by collectors, investors, and charitable organizations. Decentralized NFT platforms such as OpenSea can also be used to freely exchange NFT tokens – these are the biggest NFT trends. Let’s take a look at the most recent developments in the NFTs industry without further ado.

Of course, the entertainment industry had no shortage of NFT releases and collaborations this year, so it was no surprise that the number one spot went to them.
Mila Kunis’ Stone Cats NFT drops, which sold out in approximately 35 minutes and caused gas prices on the Ethereum network to skyrocket as a result of the transactions, were among the most notable highlights.

Earlier this month, musician and composer Snoop Dogg held an auction for a 3D collage comprising of ten distinct photos of himself taken at various phases of his professional career. The winning bid amount was around $700,000, with 188 ETH (about $700,000) being the winning price. NBA player Kevin Durant announced a collaboration between his firm Thirty Five Ventures and cryptocurrency exchange Coinbase in mid-December to cooperate on NFT drops.

There was also the announcement by director Quentin Tarantino that seven uncut sequences from Pulp Fiction will be auctioned as NFTs on the privacy-oriented Secret Network, which was constructed on the Secret Network. Although Tarantino may have been a little too eager to get in on the action, production company Miramax has launched a lawsuit against the director, alleging that he violated intellectual property rights in connection with the sale of his NFT film.

NFTs depicting “pixelated punks” produced by artist Crypto Punks, on the other hand, are the most popular, according to crypto aficionados who have directly rated them. The organization now has the highest sales volume on OpenSea.io, having transacted a total of 750,300 Ether (ETH) worth of digital art (about $3 billion at today’s prices) since the platform’s launch in 2017. Their success has also resulted in collaborations and agreements with renowned Hollywood talent agents.

This is a rare opportunity to own a piece of film history. This #NFT offering can not easily replicated. pic.twitter.com/9RNu35NEVf

NFTs are not only intended for display purposes. One blockchain game, Axie Infinity, has players dueling against one another or nonplayable characters while also performing daily objectives with in-game monsters known as Axies, according to the developer. Each Axie is a one-of-a-kind non-fungible token (NFT) that can be purchased and sold on the Ethereum network. Breeding is the process of creating Axie NFTs in the game, with rarer Axies having superior stats and, as a result, costing significantly more. Axies have been bought and traded in excess of 125,000 ETH, or over $500 million, according to the company’s official marketplace in the last 30 days.

In addition, players can purchase virtual land NFTs in the game. Such digital real estate depicts the sites where monsters and bosses spawn, as well as the locations where an abundance of resources can be found in abundance. The most expensive Axie Infinity land ever sold occurred last month for 550 ETH ($2.3 million at the time), which was the highest price ever achieved.

Our player-owned Digital nation continues to shock the world pic.twitter.com/SVvAtFNYUF

In addition to Sorare, the NFT fantasy soccer game is also very popular. Players can manage their own soccer teams through the use of digital player NFT cards, which are available through Sorare. Over half a million players joined the network naturally, without the use of marketing campaigns, according to the platform’s CEO, Nicholas Julia.

Since Facebook relaunched itself as Meta in October, developments in the Metaverse, a digital environment that consists of a 3D augmented reality, have gained a lot of attention. NFTs play a critical function in the Metaverse, ensuring the uniqueness of virtual assets such as player avatars by ensuring that they are not copied. “It will make it easier for people to sell limited education digital items like NFTs, exhibit them in their digital spaces, and even resell them to the next person securely,” said Vishal Shah, Meta’s head of Metaverse products, in an announcement.

Bloktopia is now constructing a giant 21-story building in the Metaverse to pay homage to the total number of Bitcoin (BTC) that can ever be created, which is the maximum number of 21 million Bitcoin (BTC). Notable consumer brands such as Adidas and Nike are also making forays into the Metaverse, collaborating with contributors to create NFT artwork in the style of their own brands. Developers of Sandbox, an open-source virtual metaverse game, prioritize protecting the realm from threats such as monopolization by big technology.

In the year 2021, there has been a considerable increase in the number of charities that take cryptocurrency donations. This year, donations to the Giving Block, a platform that facilitates such transactions, grew to more over $100 million, compared to just $4 million for the entire calendar year 2020. The company is collaborating with non-profit technology platforms so that a portion of auction earnings can be directed to cryptocurrency non-profits, with direct NFT payments being considered as a potential future development avenue. In the United States, investors can deduct their charitable contributions straight from their regular income over a period of time, usually a few years, resulting in a win-win situation for all parties involved in the transaction.

However, charitable endeavors in the non-profit sector go well beyond that. So far, NFT auctions have contributed to the raising of enough funds to construct a school in Uganda and provide support to frontline healthcare professionals. In 2022, an upcoming NFT auction will assist increase awareness for modern artists with developmental impairments by bringing their work to a wider audience. Meanwhile, the earnings from another auction will be donated to a charity of the former Italian royal family’s choosing.

When it comes to conventional art, artists must travel around the world to participate in exhibitions and auctions in order to get their work recognized – a privilege that is only available to those who have the necessary financial resources. Anyone anywhere can now mint, promote, and sell their art with little to no start-up money because to the advent of decentralized NFTs markets, which are uniting cultures all over the world.

The Melanated NFT Gallery and the Mongol NFTs are two examples of famous NFTs. In the Melanated NFT Gallery, you’ll find current African and Latinx artwork such as landscapes, images of jazz legend Miles Davis, DJ music, guitar audio, trading cards, and other forms of music, as well as various forms of entertainment. The Mongol NFTs platform, on the other hand, features NFT visuals of pastoral nomadic steppes in the namesake country, as well as stories about its history, traditions, and customs recounted by Mongol artists. A total of 1.5 billion Mongolian Tugrik ($550,000) has been sold through the platform, which has over 100,000 registered users.