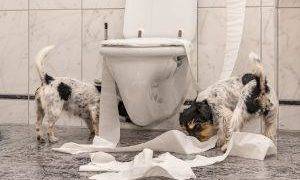 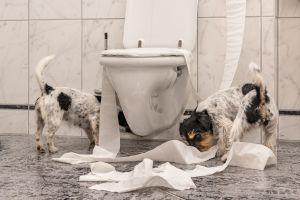 Because of the recent data breaches that attacked the interoperability protocol Poly Network and the Japanese cryptocurrency exchange Liquid, both organizations have announced measures to restore their operations as well as freeze and return the assets that were taken during the breaches. Meanwhile, the hacker that attacked Poly Network has apologized for the “inconvenience,” returned the final private key, and withdrawn his or her participation.

Following what is widely believed to be the largest decentralized finance (DeFi) attack to date, the Poly Network hacker (also known as Mr. White Hat) has announced that they are “quitting the show” and further stated that they will not be returning.

BELIEVE IT OR NOT, I HAVE NEVER CONSIDERED THE SHARED WALLET AS THE “HOSTAGE” FOR RANSOM. AS YOU MAY HAVE NOTICED, I HAVE POURED YOUR BOUNTY AND MY COMPENSATION FUND FROM DONATIONS INTO THE SHARED MULTISIG WALLET. NOT SURE IF IT’S CONVENIENT, BUT DISTRIBUTING THE EXTRA ASSETS TO THE “SURVIVORS” WOULD BE THE LAST REQUEST FROM THIS MAN.

They have also stated that Poly was attempting to “contribute to the security of the Poly project in [his] personal style” and that the experience should serve as a lesson to the entire DeFi community in their message sent via a zero-ETH transaction to Poly’s wallet.

They have also published the final key to unlock the multisig wallet in which the monies are stored, as well as signed the message “YOUR CHIEF SECURITY ADVISOR” as a hint to the post of Chief Security Advisor that the project had offered them when they applied for it.

As reported by Poly Network in an update on August 23, the USD Coin (USDC) cross-chain trading pool had been restored at 00:00 UTC on that day.

Furthermore, the cross-chain pools of USDT, ETH, and BTC-pegged coins “shall be gradually re-opened in accordance with the reimbursement process of Poly Network,” according to a tweet from the network.

According to prior reports, the attacker has been offered the role of Chief Security Advisor on the team in question. They agreed to return the stolen assets in exchange for which Poly Network has awarded them an ETH 160 bounty as compensation (currently nearly USD 531,495).

Meanwhile, on August 19, the cryptocurrency exchange Liquid was attacked, with the perpetrator(s) fleeing with bitcoin (BTC) and ethereum (ETH), among other coins.

The company announced in a statement on August 22 that it “continues to expect to gradually restore services early next week.”

“As of today, we have learned of nine additional addresses used by the unauthorized party,” they stated, adding that they will continue to monitor the movement of cash with the assistance of other exchanges and partners.

According to the exchange, a total of USD 91.35 million worth of crypto assets were moved out of Liquid wallets, with USD 16.13 million worth of ERC-20 assets being frozen in collaboration with the crypto community and other exchanges.

The cryptocurrency exchange Liquid claims that “69 distinct crypto assets were hijacked and transported to other exchanges or DeFi exchanging venues.”

According to Zarya, these hacks inform us of three things:

In addition, “we know that most hacks are related to human error and may be facilitated by someone on the inside”; for retail investors, it is possible that more flow will shift to decentralised exchanges as retail investors feel they have greater control in this manner; and for the institutional community, it is time to return to its rooster-like origins.

As Zarya puts it: “There is more innovation ahead of us, and we are witnessing alterations in clients’ perceptions as well as increased demand for post-trade settlement.”

Laurin Bylica, a co-founder of the DeFi infrastructure initiative, discusses his work. Because of a lack of an adequate insurance mechanism, the Standard Protocol expressed concern that the increasing frequency of such thefts could scare away certain dealers and cryptocurrency users, among others, from the market.

“However, this is not necessarily a negative development for the cryptocurrency field, as hacks occur on a daily basis in the realm of fiat money as well. According to her, “we frequently hear that hackers take the data from millions of credit cards without causing a negative news cycle,” she continued.

“The difference is that insurance companies pay for the damages, which results in large credit card fees. Whereas those who use credit cards when buying online have little protection, cryptocurrency users can move their funds off exchanges and into cold storage, making their crypto assets unreachable by hackers.”

– Liquid Exchange has been hacked, and they are working with other exchanges to recover their funds.

– ‘Shall we play a game?’ asks Poly Network Hacker when the funds have been returned.

An additional DeFi hack has been discovered, with PancakeSwap and Cream Finance websites having been compromised.