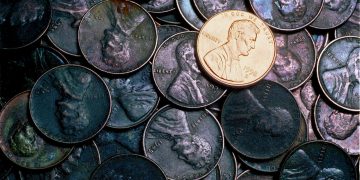 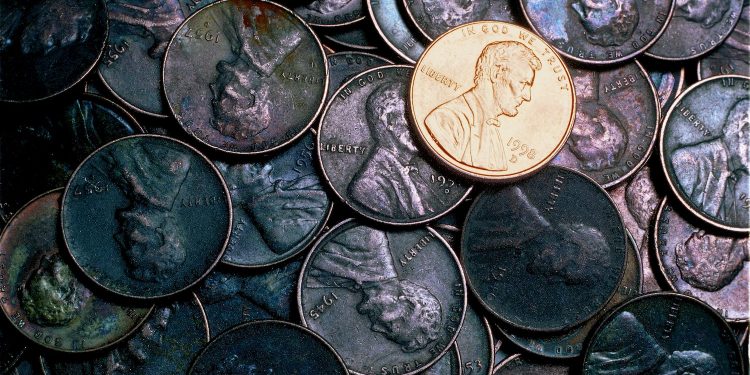 Those running lightning nodes are earning a little extra bitcoin.

Trumpeted as a way to scale bitcoin to handle mainstream adoption, there’s a lesser-known perk to spinning up a lightning node to allow users to send cheap, instant payments – you can make money.

To be clear, we’re not talking very much.

Today’s average fee on the lightning network clocks in at about one satoshi, worth a fraction of a cent, per hop (so every time a node routes the transaction to another node). As such, one of lightning’s prominent application developers, Alex Bosworth, reported a monthly income of roughly $2.

Though the profits are pretty meager now, they could be a sign of how the network will develop over time.

The lightning network is what the name implies: a network. In order to send a payment to someone, the payment will typically bounce across several different nodes before it reaches the recipient – similar to the old-style mail carriers passing letters or packages from person to person to get it to its destination.

On the network, each node operator has the option of charging a small fee for carrying the payment a part of the way.

Because this fee market is already emerging, it displays that crypto enthusiasts are more than willing to take some risks (people using the nascent lightning network right now have actually been labeled “reckless” by the protocol’s developers).

Speaking to this, Bosworth recently tweeted:

“I think for many people, even OG HODLers, the satoshis earned for providing routing will be among the first bitcoin they ever earn outside of coin trading.”

Still, there are some hurdles to earning satoshis with lightning.

For now, participating in the lightning network takes some technical know-how and quite a bit of digital storage capacity. Anyone who wants to route a lightning payment needs to download bitcoin’s entire transaction history, nearly 200 GB of data, and then download the lightning software on top of that.

Currently, there are at least 3,000 nodes on the network.

After becoming a node, the user needs to update the default fee feature, which is set at zero. For the LND implementation of lightning, one of the most popular, this ability to change the fee and monitor how much you’re earning from the fee is relatively new.

“In LND, it used to be that you couldn’t see what kind of fees you were earning, but that feature was added in and that spurred more fee activity,” Bosworth told CoinDesk.

Yet, another thing to keep in mind is that users are competing with each other here.

In order to get more people to use their node as a hop in their route, nodes can’t charge too much (that’s why Bosworth’s fees are so low).

But even the lowest of fees are sometimes passed over. For whatever reason, right now, many lightning nodes aren’t charging any fees; it’s possible many of the nodes are just lightning enthusiasts that aren’t worried about making money from their interest.

As such, Bosworth believes some users are probably avoiding his node.

And the users that do route payments through his node, Bosworth guesses, those are probably just users that don’t have any other route options for getting their payment where it needs to go.

While it’s impossible to know how the market will evolve at this point, developers believe there are beneficial reasons for allowing fees.

“You want the system to work not just because people have kind hearts,” Ben Woosley, a developer of the lightning wallet app Zap, told CoinDesk, adding:

“As the network grows and a smaller portion are using it for ideological reasons, fees will move toward a more economic outcome.”

Even if fees remain tiny, Woosley continued, they can be useful for a number of reasons.

For one, the network needs liquidity. Each lightning node has a certain amount of “liquidity,” or how much money can be routed through it based on how much money the operator has locked up in the channel. Channels with more money will be able to support bigger payments or many more payments, and because of that service might be able to charge for those hops, Woosley argued.

Plus, fees also “provide a way for nodes to encourage or discourage people to join their channels,” Woosley added.

In this way, lightning developers have even instituted a negative fee for the case where a node actually wants to pay users for routing money through them. This might happen if, for example, a channel runs out of money in one direction and needs to be “rebalanced” with more funds.

And, Bosworth notes, specialized lightning payments, such as those trading one cryptocurrency for another, will be more complex and as such, could be spendier.

Yet, according to Bosworth, “This is a market, so predicting [costs] will be super tough.”

That said, many developers believe fees will remain quite low in the future as well.

For one thing, the costs of spinning up a node and routing payments via the lightning network are not that high. Sure, it takes time – more time than downloading a traditional mobile payment app. But it doesn’t have a lot of financial costs.

For that reason, lightning network co-authors Tadge Dryja and Joseph Poon predicted back in 2016 that fees would be “effectively zero.” And, so far, their prediction is holding up.

“I think the payment routing system will eventually settle to what is basically just a ‘I scratch your back, you scratch mine’ level,” pseudonymous lightning developer ZmnSCPxj said.

In other words, the developer guesses that routing people’s payments for a minuscule fee will be done so that others will route their lightning payments for cheap as well.

And with that, many believe that lightning payments will be far cheaper than current online payment systems – a scenario that will excite long-time bitcoin enthusiasts that were passionate about the technology because of its ability to upend the legacy systems.

“Credit cards charge around 3 percent, so lightning will probably be orders of magnitude cheaper than credit cards,” Woosley said, concluding:

“My expectation is [lightning fees] will be negligible, like less than a cent, forever.”