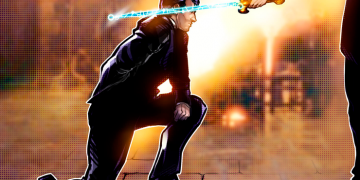 Who Is Heath Tarbert, What He Thinks of Crypto?

Who Is Heath Tarbert, What He Thinks of Crypto? 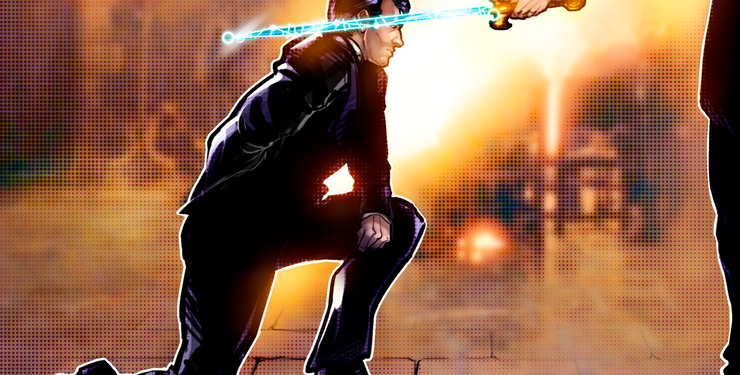 July 15 will mark the first day in the office for the United States Commodity Futures Trading Commission’s (CFTC) new chairman, Heath Tarbert. As the crypto community is bidding farewell to the regulator’s outgoing head, J. Christopher Giancarlo, his successor’s stance on digital assets remains unknown. Turning to Tarbert’s record as a civil servant and attorney in the financial markets field could shed some light on the direction that the agency might take under his leadership.

Giancarlo’s five-year tenure saw the rise of cryptocurrency derivatives as an object of regulatory oversight. Widely regarded as the crypto industry’s ally, “Crypto Dad” superintended the historic launch of regulated Bitcoin futures and advocated for a “do no harm” approach to blockchain regulation in his testimony before the U.S. Congress. At the same time, as some observers have pointed out, Giancarlo has stepped up enforcement efforts, turning the CFTC into an agency with teeth.

The news of President Donald Trump nominating Tarbert, a senior official in the Treasury Department, to serve as the new head of the CFTC emerged in December 2018. On June 5, 2019, the Senate voted to confirm his appointment by a wide margin, 84-9. Although Giancarlo’s tenure expired in April 2019, he agreed to stay until mid-July to oversee the agency’s transition to new leadership. In a statement, the outgoing chairman offered praise to his heritor, calling him highly qualified to continue transforming the agency “into a 21st Century regulator for today’s digital markets.”

A native of Baltimore, MD, Heath Tarbert received his bachelor’s degree in accounting and international business from Mount St. Mary, a Catholic liberal arts university located in his home state. He then spent four years in law school at the Ivy League University of Pennsylvania, consecutively earning his Juris Doctor and Doctor of Juridical Science. Tarbert then received the Thouron Award, a prestigious postgraduate scholarship that allowed him to pursue yet another advanced degree: a Ph.D. in comparative law from Oxford.

Having sealed this illustrious scholarly record, Tarbert began his industry career with a series of junior positions at law firms and clerkships in the judicial branch of the U.S. government. Between 2007 and 2008, he worked for the conservative Supreme Court Justice Clarence Thomas. This appointment likely played a significant role in Tarbert’s subsequent return to public service in the wake of Trump’s accession to the White House. According to one estimate, about 20% of Thomas office’s alumni have landed either political appointments or judicial nominations since early 2017, earning their former boss the informal status of “the Trump administration’s legal godfather.”

Upon concluding his clerkship with Justice Thomas, Heath Tarbert went on to serve as Associate Counsel to the President of the United States in the last months of the George W. Bush administration before leaving for the private sector early into Barack Obama’s first term, with a short stop as Special Counsel to the Senate Banking Committee. Tarbert worked for the international law firm Weil, Gotshal & Manges LLP and then Allen & Overy LLP, where he spearheaded the global financial regulatory practice.

Tarbert also served on the board of advisors for the the journal “Review of Securities and Commodities Regulation.” During his years in the private sector, he co-authored two articles that appeared in the journal “The Review of Banking & Financial Services.” Both are on the subject of the Volcker Rule, a regulation that restricts banks’ ability to use customers’ deposits to make certain kinds of speculative investments.

In April 2017, President Trump announced his intent to nominate Tarbert to fill the position of Assistant Secretary of the Treasury for International Markets and Development. In October, the nominee was sworn in. In 2017 and 2018, Tarbert served as acting U.S. executive director on the board of the World Bank Group, negotiating global institutional reforms. In April 2019, Tarbert was promoted to acting under secretary for international affairs.

Throughout his term with the Treasury, Tarbert represented the U.S. in several major international organizations in the area of financial markets regulation, such as the Financial Stability Board. He also led U.S. delegations at the G-7 and G-20 Finance Ministers’ and Central Bank Governors’ Deputies meetings. As policy chair of the Committee on Foreign Investment in the United States (CFIUS), Tarbert championed the Foreign Investment Risk Review Modernization Act, a bill aimed at strengthening regulation of foreign investment in the U.S. so as to better protect national security.

The latter aspect of Tarbert’s Treasury career has been arguably the most publicly visible. As the CFIUS policy chair, he promoted the heightened review of foreign investments before the U.S. Senate Committee on Banking, Housing and Urban Affairs and the U.S. House Energy and Commerce Subcommittee on Digital Commerce and Consumer Protection, during which time he called for tighter standards for protecting the nation’s technological edge:

The bill enjoyed bipartisan support and was passed by the U.S. Congress in August 2018.

One practical manifestation of this turn toward curbing foreign powers’ attempts to get a hold of the U.S-sourced technology has been the Trump administration’s standoff with China. Tarbert was at the helm of this effort as well: It was him who announced in April 2018 that the government was considering invoking the International Emergency Economic Powers Act to give Trump the power to limit Chinese investment in sensitive sectors of the U.S. economy.

Domestically, following his nomination as the CFTC chairman, Tarbert managed to muster support from across the industry that is perhaps the most dependent on the health of derivatives markets: the agricultural sector. In the buildup to the confirmation vote, many agricultural groups appeared as signatories on a letter to the U.S. Senate endorsing Tarbert for the regulator’s leadership. Particularly, the petition noted Tarbert’s willingness to walk the extra mile to learn the ins and outs of a brand new industry and its use of derivatives products.

The new CFTC boss is inheriting a lot of work in progress: the impact of Brexit on international financial markets, another round in the fight for U.S. financial sovereignty in the face of the European Union seeking to impose new regulations on international swaps clearing houses and much more. The crypto derivatives agenda, which emerged as a major concern for the agency during Giancarlo’s term, is not going anywhere, either. Some matters — for example, Bakkt’s continued attempts to get regulatory clearance for its cryptocurrency futures platform — will require prompt decisions. What will these decisions look like? The evidence of where Heath Tarbert’s might stand on digital assets is piecemeal and scant.

Given his enormous experience with international financial regulation, there is no way Tarbert would not realize the importance of digital technologies to derivatives markets. However, every such attestation available is accompanied by the usual cautious acknowledgement of both “opportunities and risks.” In a statement before the U.S. Senate Committee on Agriculture, Nutrition and Forestry in March 2019, he said:

“We should acknowledge that our derivatives markets have recently been transformed by digital technologies that present opportunities as well as risks. The CFTC must remain committed to promulgating regulations that allow technological innovations to flourish, but also protect our markets and consumers from harm.”

In June, commenting on the new U.S-United Kingdom Financial Innovation Partnership, Tarbert observed that “technology is the future of financial services and innovation drives growth.”

Granted, these stock declarations are far from a ringing endorsement of fintech’s role in the area of the CFTC’s oversight. However, signs of formal acknowledgement are better than no signs at all. The takeaway from Tarbert’s history of fighting for U.S. national technological security is also rather ambiguous: His determination to assist domestic blockchain innovators could lead him to rid them of unnecessary regulatory hurdles, but at the same time, the cross-border nature of digital assets may trigger security concerns.

Some experts argue that the personal opinions of the CFTC chair might not be of immense importance to the crypto industry. Andrew Bull, a founding partner of BullBlockchainLaw, told Cointelegraph:

“Giancarlo is favorable towards the crypto industry, but this has not really impacted how the industry functions. In other words, the compliance requirements have not changed much as applied to crypto even though he was favorable to the industry. Anyways, the agency is not nearly as involved in the crypto industry as the SEC is, but has stated through guidance that crypto based derivatives without a doubt fall under the Act. Therefore, my conclusion is that not much will change, especially due to the lack of activity the CFTC actually has in the space.”

“Any major move of the CFTC is a milestone in the financialization of the digital assets sector. […] A firm but business-friendly regulatory framework paves the way for the institutional players in the crypto space and we already see this happening with Fidelity providing custodial services, traditional banking institutions such as Nomura, Goldman Sachs and J.P. Morgan are exploring offerings in the same direction. A regulated and above all liquid derivative market is a great signal with a permanent impact to retail and institutional investors that technology and cryptocurrencies built on blockchain are maturing into an asset class worth exploring.”

After all, the agency’s regulatory powers are vast. The CFTC has identified digital currencies as commodities in 2015, and now it has full jurisdiction over crypto derivatives and other financial products subject to the Commodity Exchange Act. These include futures, options and derivatives contracts, as well as any crypto-based trading platform that utilizes margins, leverages or financing.

Although the spot markets (in which commodities are traded in cash) underlying these instruments are outside of the commission’s purview, the CFTC has the authority to intervene if it believes fraud or manipulation are involved, which renders the scope very broad. The hope is that, as he takes the reins of the regulatory agency that is immensely important for the blockchain sector, Heath Tarbert would act so as to earn the honorable title of “Crypto Dad” as well, despite what President Trump may have to say.