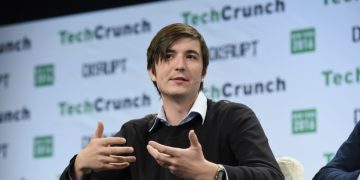 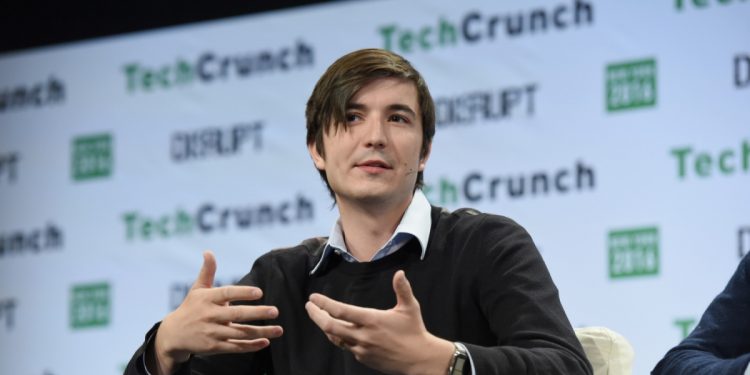 Robinhood’s users blamed the brokerage for suspending the trading of GameStop stock and other securities last month, amid a buying frenzy kick-started by retail traders on a Reddit forum.

But Robinhood may not have had a choice.  Robinhood, after all, is just one player in a public securities market that has been built over decades. In this system, brokerage apps like Robinhood are only the visible tips of an iceberg, but the actual transactions and settlement remain hidden from the public. Much control remains in the hands of a single centralized custodian: the Depository Trust and Clearing Corporation (DTCC).

Settlement occurs when the stock is delivered to the buyer and the funds are delivered to the seller. Often the intermediary – the DTCC – is responsible for facilitating this delivery, at least in the public securities market. The brokerage would send the customer’s funds to the DTCC by way of its clearing firm.

The DTCC controls rates, acts as the counterparty for most transactions and underpins the entire public securities market.

The DTCC calculates the cash margin requirements for stocks, and publishes the data to its website. Brokers can take this information and use it to model what the markets are doing, said Carlos Domingo, CEO and founder of Securitize, a security token firm and registered transfer agent with the Securities and Exchange Commission (SEC).

Clearing firms also use this information to determine the margin requirements for brokers, which helps them ensure they have sufficient cash on hand.

When certain stocks become volatile, for example due to  a coordinated effort to purchase them and boost their price, the clearing firm might charge more to settle the trades. Apps like Webull, M1 and Public all cited clearing firm charges when they suspended the trading of stocks like GME last month.

Robinhood said in a blog post published at the end of January said that it, too, suspended trading in GME and other securities due to clearing firm costs.

Before we get into what happened with GameStop, it’s worth looking at why the DTCC exists at all, as well as the decades of infrastructure the U.S. securities market is based on.

Trades used to be settled by transacting with physical pieces of paper, Domingo said. In the 1960s, Wall Street back offices were unable to keep up with the daily trading volume, something referred to as the Wall Street Paperwork Crisis.

“They had to shut down Wall Street on Wednesdays to settle trades,” he said. “They were looking at two options to digitize or automate this system. One could be a peer-to-peer settlement where brokers could settle against each other, or they could use a centralized custodian, and that’s how the DTCC was born.”

“To effectuate that slight change from T+3 to T+2, took something like six years of unheralded efforts by Wall Street to accomplish that,” he said.

How do trades settle now?

For the sake of simplification, let’s walk through a hypothetical. If I were to sign up to some brokerage app like Robinhood, Webull or Cash App (as some examples), I could buy and sell securities available on the public market. These include stocks like GME or exchange-traded funds (ETFs). Some brokers also now allow customers to purchase cryptocurrencies, though there may be restrictions in trading or transferring these to off-platform wallets. Here’s what this hypothetical process might look like:

What this means, however, is that when you buy a share on Robinhood and it appears in your portfolio, that doesn’t necessarily mean you actually “own” it or that that transaction has been settled, Domingo said.

Some apps – Domingo pointed to JPMorgan as one example – show unsettled transactions, but “Robinhood doesn’t do anything like that.”

“The fact that the people trade on Robinhood, they think it’s like buying bitcoin because they buy bitcoin and it shows up on their account,” he said. Nor is this a new problem.

Robinhood could have taken steps to mitigate the trading halt last month, Domingo said. If the company had better modeled what was happening with the GME market and other volatile stocks, it could have predicted the cash requirements.

“The fact that Robinhood missed that, in my opinion, is a sign of mismanagement on their side,” he said. “They did definitely make people lose money because of their lack of planning.”

Robinhood CEO Tenev claimed that T+0 would prevent volatile markets like those seen with GameStop and AMC.

“Investors are left waiting for their trades to clear, and the clearing brokers have their proprietary cash locked up, until the settlement is final days after the trade,” Tenev wrote in a February blog post. “The clearinghouse deposit requirements are designed to mitigate risk, but last week’s wild market activity showed that these requirements, coupled with an unnecessarily long settlement cycle, can have unintended consequences that introduce new risks.”

However, moving to a shorter settlement needs broad buy-in from the securities market industry.

Shifting from T+3 to T+2 required industry approval, and further shortening of the settlement cycle will similarly require participants to agree, Gujral said.

A spokesperson for DTCC referred CoinDesk to a blog post on its website when reached for comment, titled “Why Shortening the Settlement Cycle Will Benefit the Industry & Investors.”

The post, a question-and-answer session with managing director Michael McClain, also said that industry participants are hesitant to further shorten the settlement cycle.

“Although DTCC’s equities clearing and settlement subsidiaries, NSCC and DTC, can support some T+1 and even same-day settlement using existing technology, many market participants don’t leverage this option because of market structure complexities, legacy business and operational processes,” the post said.

Moving to same-day settlement could risk lowering the liquidity that the current market supports, the DTCC post said.

The technology exists to further shorten settlement time, Domingo said. The DTCC has even studied whether security tokens or other decentralized solutions might be more efficient. A similar study was conducted by the Bank of Canada.

“The conclusion was the same. From a technology perspective this can be done, but these people are trading with more money than they have,” he said.

There are trade-offs with moving to a shorter settlement time as well. The current T+2 model allows for customers and brokers to send transactions on credit, but this would be more difficult and risky at T+1 or T+0.

“They can do that with the current model because it isn’t instant settlement,” Domingo said.

Can blockchain fix this?

The DTCC’s post also noted that the entity has been looking into whether distributed ledger technology is a solution for lowering settlement times.

“We know there [are] settlement efficiencies to using blockchain. It’s already developing in the private securities market, [though] not so at all in the public securities market,” Gujral said. “At the very least what needs to happen is the market needs to start studying how to utilize either a private or public blockchain to start doing this, utilizing fairly instantaneous settlement.”

However, these benefits seem to largely only apply to private securities markets, which are smaller and less liquid.

Tenev wrote “technology is the answer” in his blog post advocating for faster settlement. Still, while eliminating third-party intermediaries could streamline parts of the process, it could also create certain risks on the financial side for brokers and customers.

There’s also a question of whether any blockchain currently functioning can support the public U.S. securities market and the sheer volume of transactions that would require.

“Blockchain does fix a bunch of this stuff but we’re still developing the architecture and ecosystem that does that,” Gujral said.