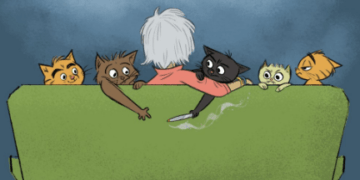 Actor and venture capitalist, Ashton Kutcher, has published a video to Twitter featuring himself, his wife Mila Kunis, and Ethereum founder Vitalik Buterin, to explain the project to newcomers

For the first minute, the video shows Kutcher quizzing Kunis on basic terms relating to cryptocurrency and blockchain technology in a living area of their home.

After Kunis offers simple one-sentence definitions to explain “crypto,” “blockchain,” and “decentralization,” Kutcher asks for a description of Ethereum. The camera then pans to the right, moving past Kunis to reveal Buterin seated at a table.

Buterin launches into a lengthy explanation of Ethereum’s fundamental components, articulating how the smart contract protocol differs from “single-purpose” chains, citing Bitcoin as an example of such.

“Ethereum is a general-purpose blockchain […] an open platform that allows people to build their own applications on top, and anything built on top of Ethereum is protected and secured […] by an entire network of thousands of computers around the world,” Buterin says.

“Because [Ethereum] supports a programming language, developers have this unlimited creativity in what kinds of things that they actually create on Ethereum. So you can use Ethereum to create cryptocurrencies, or NFTs, or many other kinds of things.”

The links and hashtags accompanying the video suggest it was created to promote Kunis’ “Stoner Cats” series of nonfungible tokens. People who buy a Stoner Cats NFT also receive access to stream episodes of Kunis’ animated series by the same name. It bills itself as “The first NFT animated series.”

Kutcher is no stranger to NFTs, having tokenized a notepad scribbling in August 2020, with the physical original being incinerated before the token was put up for auction. His venture capital firm, A-Grade Investments, has also backed top firms in the crypto space, including payment processor BitPay in 2013 and blockchain security company BitGo in 2014.