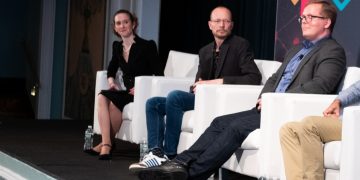 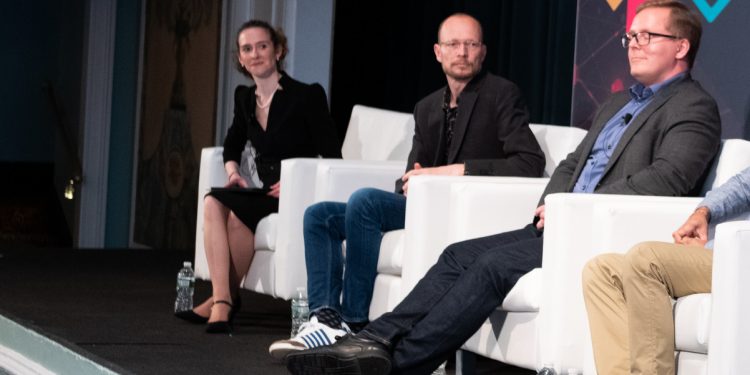 Tradeshift Frontiers, the innovation division of the Goldman Sachs-backed unicorn, represents invoice values as tokenized IOUs between buyers and sellers and then settles them in a novel form of on-chain fiat currency.

Tradeshift Cash, as the system is called, has implications for banks and financial institutions that typically make money on cross-border payments. It could do for supply chain management and trade finance what Libra has been attempting to do at a consumer level with wallets and stablecoins.

Tradeshift, which partnered with Consensys-backed e-money license holder Monerium, completed a domestic transaction earlier this year. This involved retailer Nordic Store and IKEA Iceland, which were issued an e-invoice through Tradeshift; a day later, the transaction was settled through a smart contract.

This next phase of piloting has seen cross-border transactions involving euro-denominated e-money inside the smart contract. Tradeshift and Monerium settled first €1024 (US$1,141.78) and then €512, at a fixed fee cost of 17 cents and 16 cents, respectively, the companies said. (For comparison, using Automated Clearing House in the United States typically costs somewhere between 20 cents and $1.50 in fixed fee, or 0.5 percent to 1.5 percent in variable fee.)

Tradeshift said its preliminary research of the payments space shows that fees vary wildly. To settle a cross-border transaction in the €1000 range can cost between €0 when, for example, using the SEPA payment system in Europe, to €30 and more for doing regional transfers between continents.

Monerium co-founder and CEO Sveinn Valfells said e-money is the oldest and most proven framework for digital cash in any major jurisdiction. “We are deliberately going slow and trying not to break things, which is how it should be in finance,” he added.

Valfells said Monerium’s e-money on ethereum has now been approved for use in Iceland, Denmark, Germany, U.K., Lithuania, France and Sweden.

“We issue e-money on ethereum to an ERC-20 compliant smart contract that works as a programmable passbook. Subject to KYC/AML, we issue the e-money as a balance to a person’s public key into our ERC-20 contract. They are then at liberty to use that e-money as they would if it were issued in some other digital format,” he said.

As for cross-border payments, Gert Sylvest, co-founder of Tradeshift and GM of Tradeshift Frontiers, said “We have taken an accepted invoice and tokenized it on ethereum. On the due day, a smart contract automatically swaps the tokenized invoice for the e-money that is on-chain.”

“Obviously a blockchain really doesn’t care about whether or not that is [a] cross-border or domestic transfer, so the settlement cost is going to be the same,” he added.

In terms of timeline, Sylvest said he could not set a date for going into production, but the first quarter of next year would be used to “validate interest on the back end” among users of the platform.

Crippling costs and a general lack of transparency when it comes to paying suppliers overseas was among the complaints voiced by Hafsteinn Guðbjartsson, CEO, Nordic Store, which is testing the new blockchain system.

Much of Nordic Store’s inventory comes from abroad and involves multiple currencies routed through its Icelandic bank to the banks of suppliers and manufacturers, a long and opaque process, which is also prone to error, said Guðbjartsson.

“We send a lot of money to China, which is pretty opaque. Thailand is probably the most problematic; I guess they have some kind of financial constraints on their currency or something, and we cannot buy Thai Baht,” he said.

“So we send them dollars and in the process of sending them dollars, they never receive the same amount as they invoiced for. Our bank charges, but their bank seems to take a lot of money. We always have to send another small payment. It’s just extra work for nothing really.”

There are also implications when it comes to trade finance, since Tradeshift opens financing options beyond banks to a wide range of potential investors on the platform, which can reach right across the supply chain.

“If you turn invoices into real programmable assets you open up a whole new generation of financial services, “ said Sylvest.

Small companies are “the cash cows of large corporates everywhere in the world,” he added. The smaller the company, the harder to get access to finance, which can come at an outrageous price.

“It all reflects the fact that banks and financiers typically don’t have any kind of insight into what is happening inside small companies, who are they trading with and what are the promises being exchanged between parties,” said Sylvest.