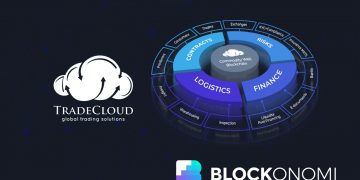 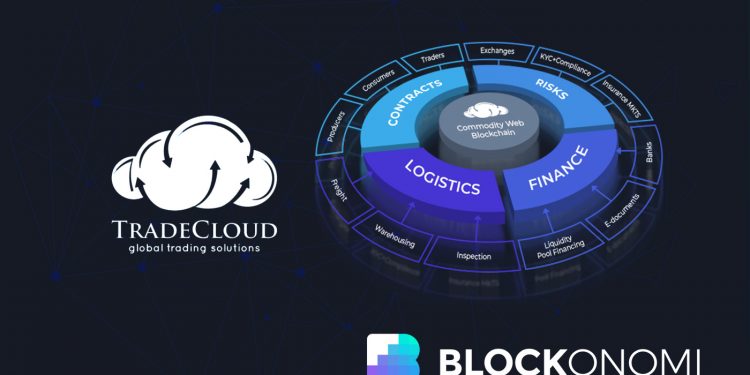 TradeCloud aims to digitalize the commodities industry and is currently undergoing its security token offering. This is an online platform that lets traders, consumers, and producers of physical commodities interact. They can use TradeCloud to exchange information and negotiate contracts. The platform is already live and has been for more than a full year and can be used via mobile or desktop versions.

The idea behind TradeCloud is to allow the commodity industry to take advantage of digital tech. This will be done by offering a state-of-the-art platform for communications. It will also include The Commodities Web. This is a network of networks for services that use blockchain technology.

What Problem Does TradeCloud aim to Solve?

The team behind TradeCloud created the platform to resolve the fact that the commodity industry changes slowly. Specifically, service providers and market participants are still disconnected and can only communicate via outdated tools. The result is inefficient communication, poor service allocation, and inadequate price discovery.

The commodity industry also has poor digitalization, which has caused fraud on a range of scales. The poor digitalization can also mean that emailed payment instructions can be changed. Additionally, the lack of connection between providers and those who need services has made it impossible to access certain services. These include credit insurance capacity and new finance channels. To round it out, the antiquated methods of discovering prices and inefficient processes causes problems. Specifically, they lead to shrinking margins and rising costs.

To resolve the issue, TradeCloud works to build communities as well as connectivity. It offers a platform that is secure and easy to use. The digital vision centers on the Corda blockchain. It will lead to fast, secure, and efficient transactions plus execution of physical commodity trades. This change will allow for improved margins as well as reduced costs.

TradeCloud was founded by professionals in IT and commodities. This bespoke platform was specifically designed as well as developed for physical commodity markets.

TradeCloud has been live for just a year but already has more than 400 users and 200 enterprises. The customers are spread across more than 36 countries. The community includes the biggest global consumers and producers. The platform has already seen the initiation of more than $500 million USD of trades for physical commodities. This volume continues to accelerate.

What Markets Does TradeCloud Serve?

At the moment, TradeCloud serves the industry of metals. There is planned expansion into both the agricultural and energy sectors. This should happen fairly soon. Those three markets have a combined trade value of over $8 trillion USD annually. This means that TradeCloud will have access to among the biggest e-commerce opportunities that are still relatively untapped.

The TC tokens have utility value. Additionally, TradeCloud will pay 10 percent of its annual net profit to token holders. That profit will be divided evenly across the 50 million tokens. This profit sharing will occur for ten years from the time the tokens are issued. The split is pro-rata per token, and credits occur in ETH via an airdrop for token holders. Tokens exchanged for utility lose their profit-sharing rights. The utility and security rights of the tokens are mutually exclusive. Customers of TradeCloud can use the tokens to gain services. Examples include insurance, logistics, financing, trading, and price data.

TradeCloud will be raising funds by selling TC Coins. The coins will be issued via a Swiss subsidiary. The goal of the sale is to raise as much as $45 million. The TC Coins can be converted using smart contracts to become internal payments.

Of the total TC Coins, 34 percent is allocated to the public sale. There is also 13 percent in the pre-sale. The remaining coins include 50 percent for treasury tokens and 3 percent for advisors and partners.

The private sale began in Q1 of 2019. The public sale will begin once the private sale is completed. There is a hard cap of 50 million tokens to be issued. They will benefit from 10 percent of the TradeCloud net profit plus their utility value.

Due to political and regulatory factors, residents or citizens of the USA, South Korea, and China cannot participate. There are also some other regions excluded for similar reasons.

How Will the Funds from the STO Be Used?

Following the security token offering, TradeCloud will use the funds to accelerate the platform’s growth. The management team plans on allocating 40 percent of funds to platform marketing, 25 percent to software development, 19 percent to acquisition, and 10 percent for early adopter incentives. The final 6 percent is for debt repayment.

It is important to note that the founders of TradeCloud funded the platform so far. As such, TradeCloud has followed a strict budget. The team only spends funds following a careful analysis of costs versus benefits. This strategy will continue to apply to funds raised during the STO.

With the TradeCloud budget, a successful STO should raise sufficient funds for the following three years. This would be the case regardless of revenue during that time. That budget also includes rigorous development and promotion of the product. That three-year period would give TradeCloud enough time to grow and ensure its future revenue.

TradeCloud was established in August 2016. In February 2017, the team began building the platform. The platform went live in October of that year. In August 2018, TradeCloud began the STO project. In November 2018, TradeCloud reached several milestones. These included have $500,000M of transactions initiated. It also included 200 customers spread across 36 countries. The pre-sale process began in January 2019. This was followed by the public and private sales.

As mentioned, the team behind TradeCloud includes leading professionals with experience in technology and commodities. They share a passion to bring the business of physical commodities into the future.

TradeCloud also has numerous partners. Blocksmatter AG is a senior advisor. CMP AG is an escrow agent and AML partner. Inacta AG is a blockchain platform provider. Dr. Mattia L. Rattaggi Advisory & Consultancy is a regulatory advisor. Intrum AG is a KYC partner. Volo is a software developer and R3 works on the blockchain. The infrastructure uses Microsoft Azure.

TradeCloud is a platform that aims to bring the commodities industry to the digital world. With the use of the platform, the industry can experience lower costs and improved margins.

The project is already well underway with over $500 million USD in trades, 200 enterprises, and 400 users. The team behind TradeCloud has decades of experience in technology, IT, and commodities.

The funds raised by the STO will be used to enhance the project, accelerating its growth and usefulness. The project has the potential to be revolutionary for the commodities industry, providing it gets adopted.

You have Successfully Subscribed! 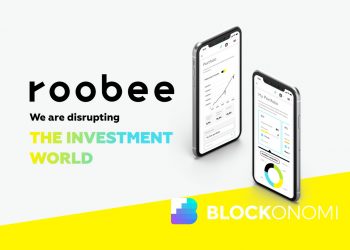 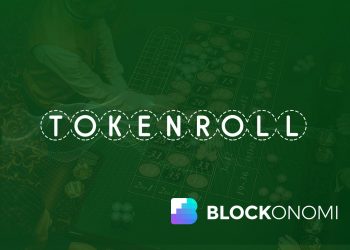 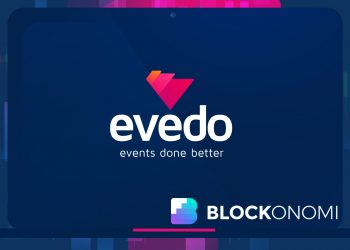