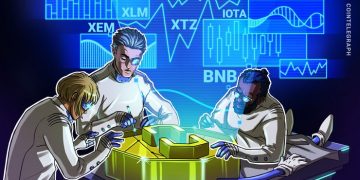 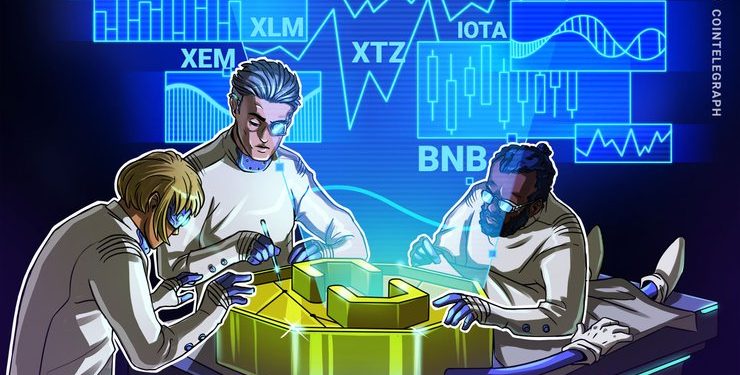 After the strong recovery of the past few weeks, this week saw some profit booking at the highs. However, unlike previous occasions, the dip has been shallow and some buying is visible close to support levels. This shows that the market sentiment is changing from sell on rallies to buy on dips. After the sharp move from the lows, a few weeks of consolidation is also possible.

In its report, the European Central Bank said that the impact of cryptocurrencies on the real economy is limited, as only a handful of merchants accept them due to their high volatility. However, they find some value in the stablecoins. We believe that the uses of cryptocurrencies have been increasing in the real world, and this is likely to penetrate further in the next few years. The launch of a cryptocurrency by Facebook will also speed up the adoption among the masses.

Though many people want to invest in cryptocurrencies, they are wary of the negative propaganda surrounding them. Some might even find the technology aspect of it a little difficult to understand in the beginning. To address this issue, Coinbase had started its Coinbase Earn program at the end of 2018, which was by invite only, but the exchange has now opened the program for the public.

Nem (XEM) was the best performer among the major cryptocurrencies. Though it has given up some of its gains, it is still significantly higher for the week. While part of the gains would have come due to the positive sentiment across the asset class, the fundamental news also helped. The markets cheered the Catapult update, which will improve the overall NEM platform and make it more user-friendly and convenient to use. Another piece of positive news is that Zeux will add XEM on its digital payment wallet, after which its users can pay with the cryptocurrency at the merchants that accept Apple Pay and Samsung Pay. Can it continue its recovery?

The XEM/USD pair is attempting to breakout of the overhead resistance of $0.085. If successful, it will complete an inverse head and shoulders pattern that has a target objective of $0.135946775. The digital currency has a horizontal resistance at $0.13125258. We expect a stiff resistance between these two levels.

A breakout of $0.14 is likely to start a new uptrend that can carry the digital currency to $0.45 with a minor resistance at $0.20. Our bullish view will be invalidated if the bears defend the overhead resistance. In such a case, a few more days of range bound action is likely. The bears will gain an upper hand on a breakdown of $0.045.

On May 15, the Stellar (XLM) network briefly stopped: during the period of downtime, the network did not process any transaction. Though no one lost any money, it shows that the network needs some improvements. In separate news, the Stellar Development Foundation announced the release of a new ticker API that will provide the latest data about markets and assets on the network.

The XLM/USD pair broke out of the long-term downtrend line this week, which is a bullish sign —iIt signals the end of the downtrend. The pair has also formed an inverse head and shoulders pattern, which will complete on a breakout and close above the overhead resistance of $0.14861760.

Though the bulls had scaled this level during the week, they could not sustain the breakout as sellers stepped in close to the 50-week SMA. The price has again retreated back below $0.14861760. If the bulls fail to ascend the overhead resistance, the pair might enter into a consolidation for a few weeks.

But if the price breaks out and closes (UTC time frame) above $0.14861760, it will complete the bullish reversal pattern that has a target objective of $0.22466773. Above this level, it can move to $0.2885. Our positive view will be invalidated if the digital currency plunges below the right shoulder.

The Tezos (XTZ) community is currently voting to accept or reject the Athens A Upgrade. The voting process will close on May 29. If the upgrade is accepted, will the price move higher? Let’s see what charts project.

The XTZ/USDT pair has broken out of the 50-week SMA, which is a positive sign. It is currently close to the overhead resistance at $1.85. A breakout and close (UTC time frame) above this level will complete a rounding bottom pattern that has a target objective of $3.37. Both the moving averages are close to completing a bullish crossover that will indicate the start of a new uptrend. The next level to watch on the upside is $4.2424.

On the other hand, if the bulls fail to ascend the resistance, the pair might consolidate between $1.85 and $1.295480 for a few weeks. A break below the moving averages will break the positive momentum that is building up.

Withdrawals and deposits that had been temporarily suspended after this month’s hack of more than 7,000 BTC restarted this week. A major system upgrade was also completed during the week. Sports blockchain venture Chiliz has also announced a partnership with Binance Chain, and Binance Launchpad announced the sale of the harmony token via the lottery format on May 28. Can binance coin (BNB) extend its up move? Let’s find out.

The BNB/USD pair continues to be in a strong uptrend. The 20-week EMA is sloping up and the RSI is in the overbought zone: this shows that the bulls have the upper hand. The buyers aggressively purchased the dip and propelled the price to new lifetime highs again this week, which shows that every dip is being bought.

The next level to watch on the upside is $33, which is close to the resistance line that has acted as a stiff resistance on previous occasions. If this level is also crossed, the rally can extend to $40.2919564. A drop below the recent low of $17.7997862 will turn the pair negative.

Iota (IOTA) wants to make the ecosystem easy to use and safe for organizations, large token holders and liquidity providers. It is exploring various measures by which these players, who form an important part of the ecosystem, can be supported adequately. Iota will sponsor the first inaugural Texas Smart Cities Summit that aims to bring various visionaries to discuss the actions needed to accelerate smart city efforts across the state. Luxury fashion brand Alyx will also partner with IOTA to improve the transparency of its supply chain.

The IOTA/USDT pair has been range bound between $0.244553 and $0.385033 for the past few weeks. The bulls had broken out of the range during the week, but failed to sustain the higher levels. If the price fails to close (UTC time frame) above the range, the consolidation will extend for a few more weeks.

On the other hand, if the price ascends the overhead resistance, it is likely to start a new uptrend that can carry the price to $0.50 and above it to $0.80. The pair will weaken if the bears sink the price below the support of the range.