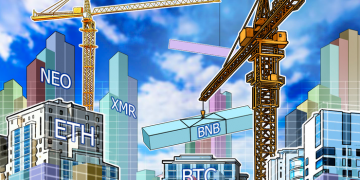 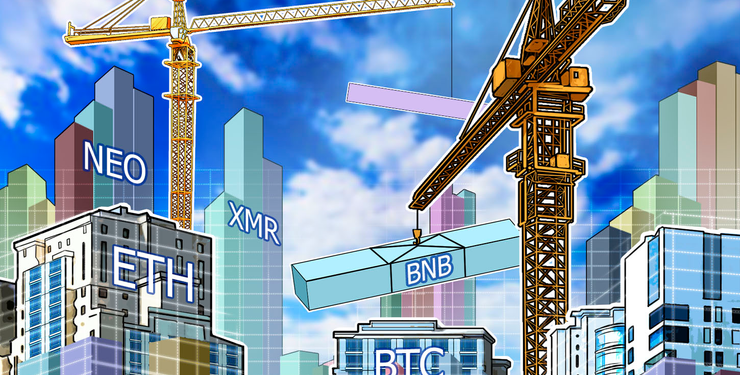 For the agile trader, cryptocurrency trading offers a great opportunity to earn huge returns within a short span of time. It is also uncorrelated to other asset classes, hence, it can act as a safe haven investment during an economic crisis.

In Brazil, which is reeling under a slowdown and high unemployment rate, 1.5 million people are investing in cryptocurrencies compared to the local stock markets called B3, which has 1 million investors.

However, history has shown that if traders do not book profits or protect their paper profits, all their gains can vanish and bury the traders in huge losses. Therefore, do not chase prices higher and do not get overly greedy.

Russia, which had banned crypto assets as a means of payment in May of last year is considering allowing cryptocurrency trading.

Cryptocurrencies and blockchain are not only about making money. The technology is increasingly being used in various fields, including charity, to improve productivity and bring greater transparency.

Neo (NEO) was the best performer among major cryptocurrencies in the past seven days. The official Twitter page reported a fake website misleading token holders on the pretext of NEO 3.0 token swap. Can the digital currency pick up momentum and play catch up with other altcoins? Let us find out.

The NEO/USD pair has scaled above both moving averages, which are on the verge of a bullish crossover. This is a positive sign and indicates advantage to the bulls. The up move might face selling in $20–$25 zone. Hence, a couple of weeks of consolidation or a minor correction cannot be ruled out.

However, if the sentiment remains positive, we anticipate the bulls to eventually push the price above $25, which is likely to start a new uptrend. The next target to watch on the upside is $42.

Our bullish view will be invalidated if the pair struggles to ascend the overhead resistance zone. In such a case, a few weeks of consolidation cannot be ruled out. The support on the downside is closer to $11.

Monero (XMR) was the second-best performer in the past seven days as it rallied about 20%. Currently, the community is focused on the first-ever Monero Konferenco on June 22 and 23. Could the price react positively to the events and continue its up-move in the coming weeks? Let’s analyze.

The XMR/USD pair has continued to move up smartly for the past two weeks. It can now rise to $150. This level had acted as a major roadblock between June and September of last year.

However, the moving averages are on the verge of a bullish crossover and the RSI is close to the overbought zone, which indicates that bulls have the upper hand. They are likely to attempt to ascend $150. If successful, the pair might start a new uptrend that can carry it to $299, with minor resistance at $218.833 that is likely to be crossed.

Conversely, if the bears defend $150, it might remain range bound between $81.167 and $150 for a few weeks. Our bullish view will be invalidated if the price turns around and plummets below $81.

Bitcoin (BTC) has continued its momentum in the past week that has forced players sitting on the sidelines to jump in. As a result, bitcoin’s price surged from $10,000 to $11,000 within 24 hours.

Not only the price has moved up; bitcoin’s hash rate also rose to a new high during the week. The open interest in bitcoin futures on CME hit a new high, which shows increased institutional interest. To cater to this higher demand, Galaxy Digital will introduce crypto options trading, which can be used by larger players for hedging purposes.

After the recent price action, Fundstrat Global Advisors co-founder Tom Lee said that bitcoin can easily hit new lifetime highs. Not only analysts, traders and bitcoin enthusiasts are positive on the cryptocurrency; Ripple CEO Brad Garlinghouse said that he was positive on bitcoin as a store of value and is long on it.

The pair is now likely to move up to $12,000 which is a critical resistance. Previously, this level had repeatedly posed a stiff challenge for the bulls. After such a sharp up move, we anticipate the digital currency to enter a minor pullback or a consolidation closer to $12,000.

Any dip will find support at $10,000 but if this level breaks, the cryptocurrency will re-enter the ascending channel. It will signal a deeper correction if it breaks down of this channel.

Contrary to our assumption, if the cryptocurrency breaks out of $12,000, it can spike to $16,000, but we give this a very low probability of occurring in the short term.

A report by Binance Research claimed that Facebook’s Libra stablecoin can boost cryptocurrency volume because it is likely to generate interest from both institutional and retail players.

Most institutional players expect bitcoin to maintain its supremacy in 2019, according to a survey of institutional and VIP clients of Binance. However, the survey shows that respondents did not consider the crypto foray of Facebook, Samsung or JPMorgan Chase as the future drivers of the asset class. With consistently improving fundamentals, can binance coin (BNB) extend its up move? Let us find out.

The BNB/USD pair is one of the strongest major cryptocurrencies as it continues to make new lifetime highs on a regular basis. This shows that the market participants are positive that the uptrend will continue. The 20-week EMA is sloping up and the RSI is in the overbought zone, which suggests that bulls are in command. If the bulls scale and sustain above $38.6463356, a rally to $46.1645899 and above it to $56.0786952 is probable.

On the other hand, if the bears defend the overhead resistance, a few weeks of range bound action between $28 and $38.6463356 is possible. A minor correction or a few weeks of consolidation will be a healthy sign.

Our bullish view will be invalidated if the bears sink the pair below $28 and the 20-week EMA. In such a case, a deeper correction can be expected.

Grayscale Investments launched OTC trading in Ethereum-based security Grayscale Ethereum Trust last week. This gives an opportunity to the traders to invest in ethereum (ETH) without actually holding the cryptocurrency. Can the largest altcoin by market capitalization extend its up-move or is it time for a correction to set in?

The ETH/USD pair is knocking on the doors of the overhead resistance at $322.06. The moving averages are close to completing a bullish crossover and the RSI is near the overbought level, which indicates a trend change.

A breakout and close above $322.06 can propel the price to $480 as there are no major resistance levels in between.