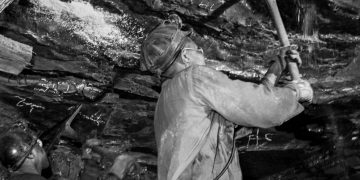 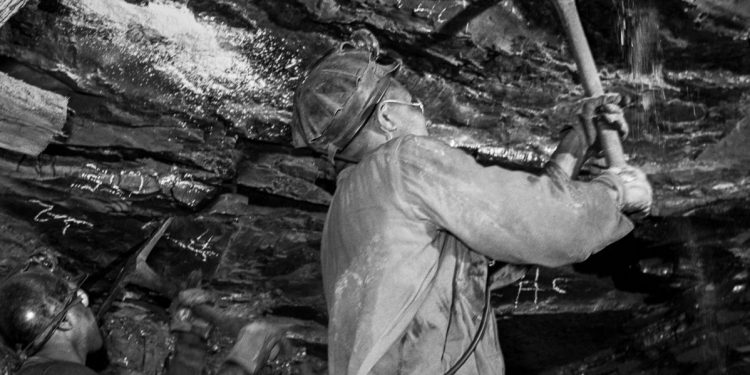 Bitcoin likely carved out a major price bottom in December, according to a non-price metric, which has proved to be a reliable price indicator in the past.

The leading cryptocurrency is currently trading above $7,700, having hit eight-month lows below $6,500 in mid-December. While the bounce is encouraging, the cryptocurrency remains trapped in a six-month-long bearish channel. Thus, the technical bias is still bearish.

However, bitcoin’s difficulty adjustment – a measure of how difficult it is to find blocks on the blockchain – indicates the bear market, which began at highs above $13,800 in June 2019, may have bottomed out near $6,500 in December.

The mining difficulty fell from 13.7 trillion in November to 13 trillion in December – the first downward adjustment in 12 months – according to data source data.bitcoinity.org.

For instance, the sell-off from the record high just shy of $20,000 seen in December 2017 ran out of steam near $3,100 in December 2018 with the consecutive monthly downward difficulty adjustments at the end of 2018, as seen below (red lines).

The cryptocurrency traded in a sideways manner for a couple of months before beginning an ascent in October 2015. The peculiar behavior could be explained by monthly declines in difficulty caused by miner capitulation.

Note that mining difficulty is adjusted higher or lower every two weeks in correspondence with the amount of the computational power (hash rate) dedicated to mining. The latter is dependent on mining profitability, which is heavily influenced by price.

Thus, a monthly mining difficulty decrease is essentially the result of a slide in the hash rate caused by small and marginal miners shutting down operations during sustained market sell-offs and dwindling mining profitability.

What’s more, while shutting down operations miners often sell their coins at market price in order to recoup mining losses, accentuating the sell-off. Only when the supply from these miners is absorbed do selling pressures weaken and the cryptocurrency finds a bottom.

Also, mining difficulty decreases happen a few months before reward halvings – a process aimed at curbing inflation by cutting rewards per block mined in half every four years.

So, miners who sustained the bear market likely anticipated a price rise on reward halving and held their coins, creating a supply shortage in the short term and driving prices higher.

Bitcoin’s 17.48 percent drop in November was caused by miner capitulation, according to market analyst Willy Woo.

The argument may have merit because bitcoin fell from $13,800 to $7,500 in three months to September. Such a price drop may have hurt weak miners, forcing capitulation.

Also, the latest downward adjustment in the difficulty happened five months ahead of the reward halving. Therefore, big miners could create a supply shortage in the short term, lifting prices higher.

All in all, there is a strong reason to believe bitcoin bottomed out in December with the downward adjustment in difficulty and could regain poise over the coming months.

Even so, investors need to observe caution, as noted by Gabor Gurbacs, digital asset strategist and director at VanEck/MVIS. After all, there are additional factors like tax cycles, regulatory actions, cyber security events and derivative expirations that could influence prices significantly.