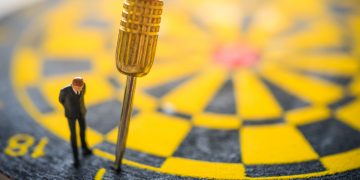 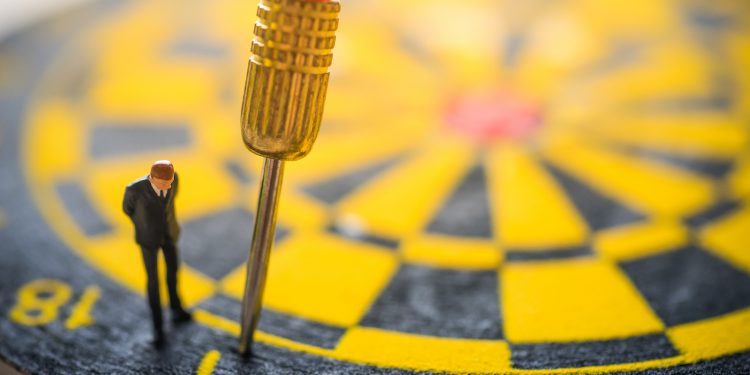 Edan Yago is the founder of CementDAO, an effort to bring together stablecoins into a unified ecosystem. He previously was the CEO and co-founder of software firm Epiphyte and helped set up the industry associations DATA and the Stablecoin Foundation. The views expressed here are his own.

The U.S. Securities and Exchange Commission (SEC) has been gone to significant lengths in an attempt to understand the crypto asset space. This effort is to be applauded. However, the SEC has failed to come to terms with one fundamental aspect of crypto assets and systems.

Namely, properly constructed crypto systems do not involve “persons” or “entities” and do not represent a form of property. For this reason, they do not have any analogue in the traditional financial world, nor can they fall under financial regulation.

In the traditional financial world, assets are a claim on a specific property. For example, a commodity, shares in a company or a debt owed.

Crypto assets, however, are not a claim on anything. What is bitcoin a claim to? Or ether?

There is no bitcoin

Many people today speak of cryptocurrencies in the shorthand of property. They say things like “Alice transferred a bitcoin to Bob,” but we shouldn’t let this metaphor confuse us.

In actual fact, there was no bitcoin that existed anywhere and it didn’t move from any one place to another.

Instead, what really happened is that Alice proved to Bob that she had certain secret knowledge and that she had used that knowledge to perform a mathematical operation. But wait, the rabbit hole goes even deeper.

Even “Alice” and “Bob” are misleading fictions. Alice is not necessarily a person, that is shorthand too. Alice is really only an address – an output of a hash function, that may or may not be associated with a specific “entity.”

Now, of course, sometimes Alice is a person. And sometimes Alice created a “token” (another metaphor) and sold it to Bob as an investment. In which case, arguably that was a securities offering and can be regulated by the SEC.

However, the SEC doesn’t stop there. The agency wants to regulate what happens to those tokens, as they interact with smart contracts too. In its November 16 “Statement on Digital Asset Securities Issuance and Trading,” the agency says:

“Any entity that provides a marketplace for bringing together buyers and sellers of securities, regardless of the applied technology, must determine whether its activities meet the definition of an exchange under the federal securities laws.”

An “entity” here refers to a legal person.

As an example, they use EtherDelta, and specifically its smart contract, saying:

“EtherDelta’s smart contract was coded to, among other things, validate order messages, confirm the terms and conditions of orders, execute paired orders, and direct the distributed ledger to be updated to reflect a trade.”

Here is where taking metaphorical thinking can easily go too far, and where the SEC is introducing vague and problematic language. EtherDelta, as an entity, provided various services (such as a webpage user interface for interacting with the smart contract). EtherDelta also developed the smart contract.

But who “provided” the smart contract? Who performed its functions? Not EtherDelta or anyone else in particular.

The SEC might regulate the EtherDelta website but to attempt to regulate the smart contract is a result of confusion.

This confusion gets worse when the SEC talks about secondary markets for these “securities.”

Crypto assets are so new that even many experienced practitioners are confused and think that they represent a distinct property. As a result, as an industry, we have been far too willing to indulge the SEC view that since something was the product of a securities offering, it remains a security thereafter. Once we realize that there are no “tokens” and no “property,” we realize that this is a categorical error.

It becomes easy to see this error when one imagines the following scenario: Bob, having purchased the tokens from Alice sends them to a smart contract owned by nobody. He has given up claim of ownership – which would mean that no legal entity owns the “security.”

By definition, a security is an “investment contract.” A contract is “an agreement between legal persons, creating obligations that are enforceable by law.”

So for something to be a security, it must, therefore,  (a) be between legal entities and (b) be enforceable by law (not math).

Tokens held by smart contracts fail both these tests. They cannot properly be described as securities. However, the SEC is suggesting something radically new: that a set of instructions which involves no agreement, no persons and is not enforced by law (but rather by math) can yet still be viewed not just as a contract but as a security. This is a radical departure from existing law.

Property laws and financial laws rely on enforcement by governments. Since there are many governments and their jurisdictions are limited, there is no truly global system of enforcement that is appropriate to the borderless world of the internet.

A huge potential benefit of crypto assets is that they overcome this problem — by not being a product of law or limited to its jurisdiction.

The SEC, for obvious reasons, would like to establish jurisdiction over crypto assets. However, this jurisdiction is only appropriate where there are legally enforceable contracts between legal entities.

For the SEC, or anyone, not to recognize this important distinction is a recipe for overreach and confusion. It has the potential to rob many of us for the benefits of a truly global, digital method of managing ownership and value.

Missing the mark image via Shutterstock