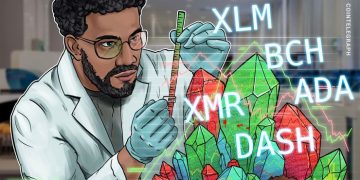 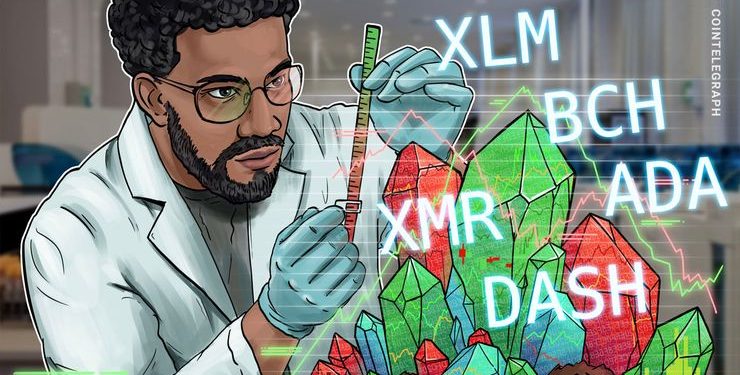 The crypto markets are showing the first signs of bottoming out. Most cryptocurrencies are well above their yearly lows and are starting new uptrends. Every bull phase has a new set of leaders. Therefore, it is important to note the digital currencies that are pulling the market higher, as these are the ones that are likely to outperform during the move upwards.

Bitcoin’s (BTC) dominance continues to drop gradually since reaching a high of about 57.80 percent in mid-September. This shows that the market participants are loading up on altcoins. However, a new bull phase cannot start without support from the leading cryptocurrency.

The good news regarding Bitcoin is that it has stopped falling and is gradually moving higher. Its volume topped $11 billion over the 24-hour period on March 15, a level not seen since April 25 of last year. This shows that market participants are gradually turning bullish on the leading cryptocurrency.

As the crypto universe emerges from its prolonged bear phase, there will be periods when Bitcoin will lead and other times when altcoins will lead. So, traders should change their strategy accordingly.

Stellar (XLM) is the best performing major cryptocurrency of the past week. It rallied on the back of favorable news, as Coinbase Pro announced support for Stellar on March 13. This move will likely eventually lead to full support on Coinbase’s other platforms. The appointment of Denelle Dixon, former chief operating officer at Mozilla, as the CEO and executive director of Stellar Development Foundation also served as bullish news.

Additionally, IBM’s push to create a stablecoin targeting blockchain-powered cross-border payment solutions for banks involves a partnership with the altcoin in the form of Blockchain World Wire. The question is, can this adoption and development-based rally continue or will it hit a roadblock ahead? Let’s take a look at the charts.

The XLM/USD pair is in a downtrend. Both the moving averages are still down and the RSI is in the negative zone. Currently, it is attempting to pullback from the lows, which will face resistance at $0.14861760 and above it at the downtrend line.

We are yet to see a higher high and a higher low being formed, which will indicate that the downtrend is over. Therefore, for long-term investors, we don’t see any reliable buy setups yet. If the pair turns down from the 20-week EMA, it will again attempt a breakdown to new lows.

Bitcoin Cash (BCH) was the second-best performer for the week, rising about 15 percent. Though there was apparently no specific news driving prices higher, the digital currency has a history of vertical rallies and waterfall declines. Let’s see where it goes from here.

After many small range weeks, the BCH/USD pair is looking to move up. The current move is likely to carry it to the 20-week EMA, which is just below the horizontal resistance of $239. If the bulls succeed in breaking out of $239, we anticipate the pair to pick up momentum and rally to $400. The digital currency has a history of sharp rallies; hence, the target might surprise to the upside.

Contrary to our assumption, if the cryptocurrency turns down from $239, it might extend its stay in the range for a few more weeks. It will turn negative if the bears sink the price below $105.

Cardano (ADA) announced this week that it will be one of the founding members of the  European Commission’s International Association for Trusted Blockchain Applications. The association is an effort to identify the improvements blockchain technology can bring to various industries and formulate a common approach for the European Union.

The ADA/USD pair has been range bound between $0.036815 and $0.051468. We like it when a digital currency forms a large basing pattern after a prolonged downtrend. Previous attempts to breakout or breakdown of the range did not find any takers.

Opposite to our expectations, if the digital currency turns down from the current levels, it will extend it stay in the range for a few more weeks. A breakdown of the range will be a negative sign that can result in a retest of the lows, below which the downtrend will resume.

Dash (DASH) has been making huge inroads in Venezuela as the citizens look at various available avenues to deal with the unstable Bolivar and foreign sanctions, which threaten to derail SWIFT, Visa and MasterCard services. Dash Text has come up with a charity system that is devoid of any human third-party intervention. The donations are directly distributed among the pool of recipients. In other news, Equicex Group, the provider of privacy-focused debit cards, has decided to integrate Dash, which increases the options available for Dash users.

The DASH/USD pair continues to trade between $56.214 and $103.261. The bulls are attempting to push prices above the resistance of the range. The 20-week EMA is placed just below $103.261 levels. We expect the bears to defend this resistance. If the price turns down, then the consolidation will stretch out for a few more weeks. The trend will turn negative if the bears sink the digital currency below the range.

Conversely, if the bulls succeed in breaking out of the overhead resistance, it can move towards the next levels of $175 and $224. Aggressive traders can buy a breakout and weekly close (UTC time frame) above $103.261. The initial stop loss can be kept at $56 that can be quickly raised if the price moves northwards or fails to build upon gains following the breakout.

In Monero (XMR) news, the altcoin completed a hard fork on March 09 that will help improve its privacy, security and ASIC resistance. Following the update, the hash rate of the Monero network plunged by about 90 percent from 1.14Gh/s to 162.14Mh/s. Additionally, two new Monero trading pairs were added by top global exchange Binance. Given these developments, the cryptocurrency came out this week as the fifth best performer. Can it improve upon its performance?

Traders can buy on a close above $62.5 and keep a stop loss of $38, which is just below the bottom of the range. As the price moves higher, we would suggest trailing the stops higher to reduce risk.

On the other hand, if the price turns down from the overhead resistance, the virtual currency will remain range bound for a few more weeks. The trend will turn negative on a breakdown of the current range.