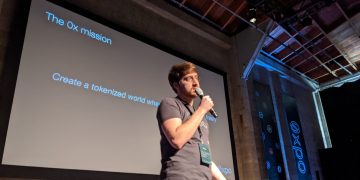 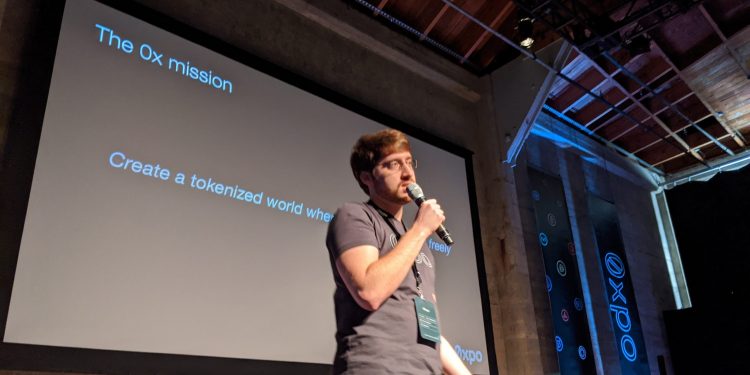 Announced the day before decentralized finance (DeFi) protocol 0x’s 0xpo conference last Friday in San Francisco, founders, lawyers and tokenization fanatics of all stripes said the proposal a boon for both entrepreneurs and investors in the nascent tokenization industry.

And what better a place to ponder the news: an event dedicated to the permissionless exchange of digital assets with a deep roster of ethereum veterans in attendance. Add to that, news of the DeFi sector breaching $1 billion in locked-in crypto and the energy at 0xpo rivaled tip-off at March Madness.

“It shows a remarkable level of personal care,” Richard Burton, an independent DeFi developer, told CoinDesk. “[Peirce] has clearly really thought through the opportunities and challenges of people building these systems in America. … Ultimately she doesn’t want to see innovation leave America’s shores.”

The SEC proposal has two major points: a three-year grace period for token projects to sufficiently decentralize according to SEC standards plus a documentation process involving both team and code disclosures.

Peirce said the three-year window would provide enough time for projects to decentralize their tokens so as not to fall under the securities definitions enshrined in the regulator’s infamous Howey Test. In March 2019, SEC Chairman Jay Clayton seconded SEC Director William Hinman’s opinion that ethereum, the second-largest cryptocurrency by market cap, had decentralized enough to no longer be considered a security.

Robert Leshner, CEO of DeFi protocol Compound, said the Peirce proposal could lead to novel financial assets coming onto the blockchain. For Compound, that opens up more loans based on previously difficult-to-trade assets such as real estate.

“It creates an avenue to safely create financial assets,” Leshner said of the proposal. “I think there might be more other types of collateral assets available not just to Compound but to DeFi in general over time.”

As a past developer for Stripe and the founder of now-defunct wallet startup Balance, Burton called the three-year safe harbor period just about right for projects, noting bitcoin, ethereum and DeFi protocol Maker took about three years to get out the door. Good projects should be met with healthy regulation, Burton added.

“If you’re in North Korea explaining how to use DAI or you get a celebrity to help you sell a shitcoin, you deserve to meet the tough arm of the law,” Burton said. “If you’re trying to build new financial services with sensible valuations and using experienced investors – that should be what America should encourage.”

The Peirce proposal comes after massive investor losses following the 2017 ICO boom and subsequent bust. Dozens upon dozens of coins remain 90 percent or more underwater from all-time highs. Bitcoin remains nearly 50 percent down from $20,000 peak in December 2017 and ethereum down some 84 percent, according to data provider Messari, despite its recent run-up to $220.

Kevin Owocki, who operates an open-source funding project for ethereum, Gitcoin, called the proposal a “positive step.” Although Gitcoin does not have a token and never ran an ICO, Owocki told CoinDesk the proposal keeps the “U.S. a competitive place for technological innovation.”

Compound’s Leshner came to a similar conclusion, telling CoinDesk that stronger teams and products will ship because of the clear regulatory stance.

“We are going to see some sense of comeback of higher quality teams into the market willing to create financial assets knowing that there’s a path for them to do so safely,” he said, “This will probably take at least a year to play out before we start to see the comeback of the token.”

Even still, the proposal is just that: a proposal.

As a commissioner, Peirce’s stance is notable and valuable for the industry but has a long road before becoming law, said Daniel A. Nathan, a partner at San Francisco-based securities law firm Orrick. Orrick has successfully defended 100 securities class actions against in the U.S, according to documents from the firm.

“She’s out there by herself,” Nathan said.