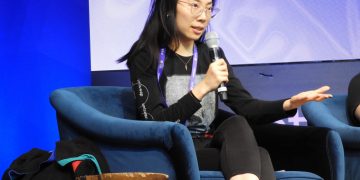 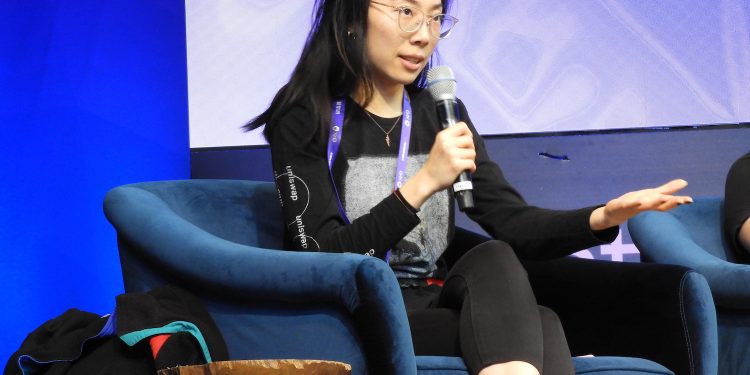 The ethereum network is still looking to boost transaction capacity and the startup Optimism wants to lead the charge.

Since the network’s throughput is limited to roughly 15 transactions per second, ethereum can’t become a widespread platform for automating functions, like supply chain management and loans, unless it scales. So Optimism aims to use a layered approach, similar to bitcoin’s Lightning Network, to increase the number of people who can use the network with smart contracts.

Optimism was once the research-oriented nonprofit Plasma Group, focused on building a second layer for ethereum as described by ethereum creator Vitalik Buterin and lightning co-creator Joseph Poon in a 2017 paper. Then, in January 2020, the team announced it was transitioning from a research collective to a for-profit startup called Optimism, backed by $3.5 million from Paradigm and IDEO CoLab Ventures.

IDEO CoLab’s Dan Elitzer said the Plasma team realized last year, while participating in one of his firm’s programs, that the market didn’t need the solution they were working on. This “led them to develop their Optimistic Rollup approach,” Elitzer said.

Some critics in the industry see this transition to a for-profit startup as a controversial move. Bitcoin advocates argue Plasma experiments “failed” and Dragonfly Capital partner Ashwin Ramachandran described this transition as “the death of Plasma.”

“It’s like this alien that morphed many times in many different forms and eventually died … at least in the form in which it initially launched,” Ramachandran said in a phone interview.

Addressing such concerns, the startup will launch an alpha testing environment on Tuesday called the Optimistic Virtual Machine (OVM). The OVM, which is based on the Ethereum Virtual Machine (EVM), is meant to give Optimism’s speedier, second layer the same smart-contract functionality of the underlying blockchain.

“The OVM enables support for all existing Ethereum developer tooling including Solidity and Vyper, testing frameworks like Truffle, wallets like Metamask, and libraries like Web3.js,” the company said in a statement. “We designed the OVM to be used as drop-in replacement for the EVM inside of Optimistic Rollup.”

By making smart contracts work above the base layer, ethereum advocates aim to finally make ethereum scalable. Optimism co-founder Ben Jones said this second layer will eventually incorporate optimistic rollups, which process more transactions faster, and some type of the quadratic funding auctions proposed by Glen Weyl. The latter is meant to solve a thorny issue the zcash community recently faced: how to fund the decentralized development of a “public good.”

Jones said the details of how this system will work are “still up in the air,” but they’ll probably relate to mining dynamics and network fees.

“The order of transactions themselves are valuable,” Jones said, referencing a concept the lightning-friendly exchange Sparkswap discovered last April. There is positional value to crypto transactions inside a payment channel. Just as with lines at Disneyland, some people will buy a FastPass to get to the front.

For bitcoin, the startup Lightning Labs recently debuted a payment channel management service called Lightning Loop. Jones said network fees are “generally a flexible concept,” so a version of Plasma could also play into the same demand for speed and channel management to offer contributors a variety of ways to earn value beyond mining ether.

It’s too soon to say how the OVM will work, but clearly Buterin’s Plasma dreams are far from dead.

Dragonfly’s Ramachandran is quite bullish on optimistic rollups being the “the future of ethereum scalability” with “all the things Plasma promised but failed to deliver on.”

Yet, he said he is “uncertain” about the second half of Optimism’s plan, quadratic funding that may involve the addition of a network token beyond ether.

“I don’t necessarily need my own token I could just use ether,” Ramachandran said.

However, Optimism’s Jones clarified there are no plans for a new network token yet, nor any hard date for a beta launch comparable to what Lightning Labs and Blockstream had for bitcoin in 2018.

So far, there are tests underway via the OVM alpha as the startup gears up for production. This solution will be relevant to both the current Eth 1.x and Eth 2.0, ethereum’s upcoming platform overhaul.

“We expect the Optimism team to continue to execute on their technical roadmap,” IDEO’s Elitzer said, “while also building the necessary buy-in from key teams in the ecosystem to launch a scaling solution that meets the needs of Ethereum developers and end users.”

The startup is still partially Buterin’s brainchild, co-founded by his former Ethereum Foundation collaborator Karl Floersch. With the help of Optimism co-founders Jones and NASDAQ alum Jinglan Wang, the scaling project could leverage a startup model to mature beyond the initial Plasma research.

Elitzer said these cofounders make up a “very special team who lives and breathes Ethereum scalability.” Wang, in particular, has been working in the space for more than five years. And for Elitzer, the team’s ability to pivot based on feedback is a bullish sign for ethereum, Crypto Twitter obituaries aside.

“It’s really important to us to close this economic loop and provide a real revenue source for the creation of open source software,” Jones said.