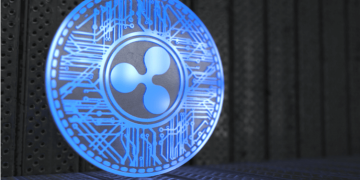 An executive at Ripple Labs has indicated that the company’s long-awaited commercial product, xRapid, could soon be released. Ripple’s XRP token value moved up more than twenty percent on the news, although it has since retreated slightly. The availability of xRapid will mark the largest move yet of a blockchain-based product into mainstream use.

Sagar Sarbhai, Ripple Labs’ head of regulatory relations for Asia-Pacific and the Middle East, made the comments during an interview earlier this week. Speaking of xRapid, Sarbhai stated “I am very confident that in the next one month or so you will see some good news coming in where we launch the product live in production.” Although perhaps not intended to be an official statement, these remarks serve to confirm other rumors that xRapid is nearing the end of its testing phase, and will soon be put into real-world use.

Ripple has developed xRapid as a protocol for cross border fiat transfers. To use xRapid, a bank, or other financial institution will purchase the Ripple coin with their native currency, which will then be used to purchase a foreign currency, thus completing the transfer. If it is released soon, as rumored, xRapid will be the first blockchain-based product made available for widespread use.

Ripple Labs intends xRapid to compete with the Swift Network, which presently is the most common means by which banks transfer large sums of currency across borders. Western Union and Moneygram are also known to be exploring its use. There is little debate that blockchain solutions can be vastly superior to Swift, which often takes several days and is far less secure. Ripple Labs claims to have partnered with over one hundred banks, with many more expressing interest.

It is not surprising that news of xRapid’s impending release would cause Ripple to increase substantially in value. With many blockchain platforms moving out of the developmental phase, it is likely that investors will begin valuing them more on corporate partnerships and functional applications than potential uses, as is the case now. Also, xRapid is a good example of how mainstream use of blockchain is likely to begin behind the scenes, with consumer use of cryptocurrencies emerging much later.

Ripple Labs has two other core products under development. Named xCurrent and xVia, both are also currency transfer solutions. Release dates for these services have not been announced. It is worth noting that, despite significant progress, Ripple’s success is not guaranteed. Many other systems for using blockchain to transfer fiat are in the works, including IBM’s upcoming Blockchain World Wire (as previously reported by Crypto-News), which will offer the same service via the Stellar platform and the XLM token.

Ripple Labs’ focus targeting of legacy financial institutions, and its very public focus on corporate development and profit has played a key role in the success of the XRP token, which has currently overteaken ETH and became the second most valuable by market cap. It is reasonable to assume that future growth will thus depend on the adoption rate of xRapid and other Ripple products. Although this is far from certain, there should be no doubt that blockchain technology will play a significant role in the future of global finance and movement of assets.