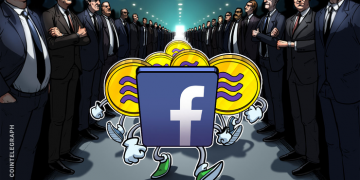 The United States’ Senate Banking Committee raised a wave skepticism over Facebook’s crypto project Libra during the first day of testimony on July 16.

The new hearing, called “Examining Facebook’s Proposed Cryptocurrency and Its Impact on Consumers, Investors, and the American Financial System” is scheduled for 10:00 AM ET, July 17.

As day two is coming in the next few hours, Cointelegraph posts a short recap of yesterday’s hearings.

The problem of trust has apparently prevailed during the hearing, as Senator Sherrod Brown considered Facebook “dangerous” in the very opening remarks. The senator further expressed his scepticism, expressing doubts that people will trust Facebook with “their hard-earned money.”

Elizabeth Warren, Senator and Democratic Presidential Candidate, outlined a lack of evidence that Facebook does not plan to link the platform’s user data to their money transactions and keep those records. She said:

“I’m not reassured by your statement that you can’t see any reason right now why there wouldn’t be any data sharing between these platforms.”

Senator Martha McSally escalated Warren’s concerns, pointing out that Facebook’s “track record of failing and violating and deceiving in the past” is a sufficient cause for the committee to not trust the platform at all.

Additionally, Senate Banking Committee Chairman Mike Crapo raised a question why the Libra Corporation had chosen to register in Switzerland. In turn, Marcus assured that committee that the association would also register with the U.S. regulators. Specifically, Marcus emphasized Facebook’s intention to be compliant with the U.S. Financial Crimes Enforcement Network (FinCEN) in distributing its Libra stablecoin.

In the hearing, Marcus highlighted the role of Libra in the global leadership of the U.S. in an apparent attempt to mitigate the escalated concerns over the project. He warned that if the U.S. fails to act on the issue, the world will eventually see another crypto initiative that would be controlled by someone else, whose values are “radically” different.

Yesterday, U.S. house minority leader Kevin McCarthy expressed criticism against Libra, while praising major cryptocurrency Bitcoin (BTC), which has slipped to as low as $9,100 earlier today, seeing a loss of around 30% over the past 7 days at press time.