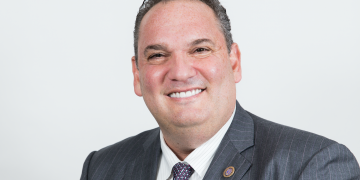 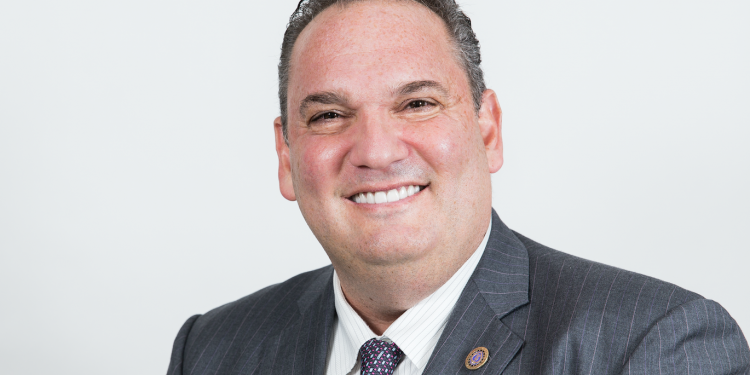 This post is part of CoinDesk’s 2019 Year in Review, a collection of 100 op-eds, interviews and takes on the state of blockchain and the world. Dr. Alex Cahana is head of healthcare and blockchain consulting at Genesis Block.

At the end of 2018, while awakening from the Crypto Winter, a group of noted healthcare professionals led by Mayo Clinic’s John Halamka predicted that 2019 would be a pivotal year for blockchain in the healthcare industry. They said blockchain would become an essential part of consent management, improve remittances and enhance the monetization of personal data. It would tokenize non-cash assets, like patient outcomes, as an incentive to improve health.

How much of this agenda was actually realized? The answer is some, but not all. We have seen blockchain deployments in supply chains and for physician credentialing, but not yet implemented as an architecture of electronic health records intended to transform them into self-sovereign, patient-driven digital assets.

Why is that, or more fundamentally, why use blockchain in healthcare at all?

Healthcare is problematic all over the world. From a patient point of view, healthcare is not always readily accessible and in many cases too expensive. From a healthcare professional’s perspective, there is too much paperwork. For hospital executives, unchecked job growth rate has not translated into better patient outcomes. The future of pharma and digital therapies is fraught with uncertainty. And even insurance brokers have experienced reduced or eliminated commissions on the sale of individual health plans.

At least, we can all agree that the healthcare ecosystem is a multi-stakeholder, mal-aligned, friction-full, opaque, heavily-regulated, lacking-of-trust, data-rich environment. From there, we can agree on the need for new responses and approaches, including the use of blockchain. It turns out that blockchain-based platforms are ideal for dealing with the characteristics that plague healthcare.

Robert Miller, of ConsenSys Health, produced an excellent report this summer summarizing major trends in the blockchain health space. These include the formation of major new business networks around healthcare use-cases, greater VC funding, and as already mentioned, the use of blockchain for credentialing.

This year, half a dozen consortias (like IBM’s Health Utility Network [HUN], Coalesce Health Alliance and MELLODY) announced projects to exchange healthcare and life science data on  using permissioned distributed ledgers. That’s a big deal. Together, these consortia touch the lives of  millions of customers (HUN covers 80 million beneficiaries) in a multi-billion dollar market (MELLODY includes pharma companies with a collective value of more than $300 billion).

Venture capital flows have actually slowed, reaching $25M in VC funding this year ($16M of them for Chronicled). This amount is still lower than the $100M-plus raised in 2018 and represents a ridiculously miniscule fraction of the $6B VC funding for non-blockchain digital health projects. As for STOs, the nearly $1B raise in 124 deals included only seven healthcare projects (like Healthbank, Healthereum, Verseon and Agenus), with no significant reported raises.

Supply chain applications and physician credentialing are the most common use-cases in healthcare blockchain. The Drug Supply Chain Security Act (DSCSA) of 2013, which mandated the creation of an electronic, interoperable system that can trace and identify distributed prescription drugs, catalyzed the development of a few large scale blockchain-based platforms (like IDLogiq, MediLedger, Rymedi and TraceLink).

As for physician credentialing, we’ve seen a multitude of DLT credentialing solutions emerge (like ProCredX developed by HashedHealth, Blockcerts used by the Federation of State Medical Boards, IntivaHealth that maintains records for continuing education and Truu, used by the UK National Health System). But currently these solutions (except Truu) are exclusively business-to-business and do not address the problem of physician identity or improve professional mobility.

As Nikhil Krishnan correctly predicted in his CB Insight report, the growing blockchain and healthcare landscape (48% CAGR till 2027) is currently dominated by closed consortia, where patient data is minimally used, under strict HIPPA or GDPR regulation. The idea that personal health information in the hands of patients are part of an immutable, master health record has been implemented in Estonia. But it looks like US adoption will be impeded due to a lack of political, regulatory and social appetite to change healthcare from a centralized, corporate, for-profit system into a self-sovereign, decentralized, doctor-patient-driven one.

Whether 2020 will be an incremental or transformational year depends on three factors in my opinion.

First, will we educate healthcare professionals by using a better, refined language? Already we shy away from using the words “crypto” and “blockchain,” associated with hacking and greed (thank you Mt. Gox and ICOs) and use the term DLT. But if we really want to recruit the public, we also need to talk about re-intermediation instead of disintermediation, coopetition (collaborative competition) instead of competition and distinguish between a sustainable “open” market (open to producers) vs. a non-sustainable “free” market, that includes also non- and counter-producers that manipulate and destroy the market (for details, read about Radical Markets here). In other words, the story shouldn’t be about technology, but what technology can achieve for healthcare and its stakeholders.

Second, will we start to explain why we should use blockchain and stop just describing it? Yes, for blockchain to work it must be, as Toufi Saliba, CEO of the TODA Network says:  SECSI (Secure, Efficient, Confidential, Scalable, Interoperable). But doctors don’t care that blockchain is a ledger and are not interested in explanations about PoS, PoW, sharding and DAGs. Healthcare professionals need to understand that the “secret sauce” behind using Blockchain in their practice is that their relationship with patients has an inherent value. By promoting patient health, doctors actually engage in a peer-to-peer economic activity and can reward patients and be rewarded for healthy behaviour. Patient outcome is thus an invested asset (store of value) that can be traded not only by companies (Google, FitBit, 23andMe and ZocDoc) but also by patients and professionals themselves.

And third, the 2020 US election outcome. As institutional trust erodes (think government, certain media outlets, Facebook), distributed trust has emerged as an attack-, collusion- and censorship- resistant model to procure, curate, store, manage and analyze data and information. But the public doesn’t understand the difference between universal access to healthcare, which is enhanced when using a distributed, decentralized economic model, and Medicare-for-All (or Amazon-for-All) which is a centralized, friction-full monopsonistic system. Resolving this confusion will be important for blockchain’s future prospects in the healthcare space.

As healthcare remains the top issue on voters’ minds this year, the country remains evenly split on whether we should have a very centralized system (Medicare-for-all), a somewhat centralized one (ACA or “Obamacare) or state-based “distributed” (but not decentralized) healthcare. I doubt DLT will be horizontally integrated this year or leveraged as a tool to transform healthcare’s business model and looking ahead to 2020, that future seems some way off given the largely centralized, corporate, for-profit healthcare system in the United States.

Nonetheless healthcare provides a very strong, if not perfect use-case for blockchain software solutions. It uses a shared repository (EHRs) with multiple writers (doctors, nurses, staff) and it has transaction dependencies (adherence to treatment plans, payments, regulations) with multiple intermediaries (professionals, patients, payors, regulators) that have no or minimal trust between them. Blockchain is poised to remedy many of these shortcomings.

Finally, instead of pointing out what blockchain is missing, or fret that its purpose is unclear and changing, or hedge on what blockchain will become, let us state clearly what blockchain does. It is an attack, collusion and censorship-resistant solution that facilitates peer-to-peer economic activity. And in a world that suffers from a fear of fake products (fake posts, fake news and fake data), the role of DLT as solving the problem of social “fakes” is salient.