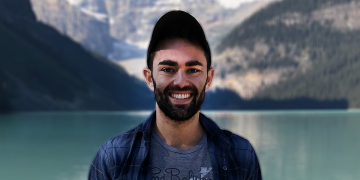 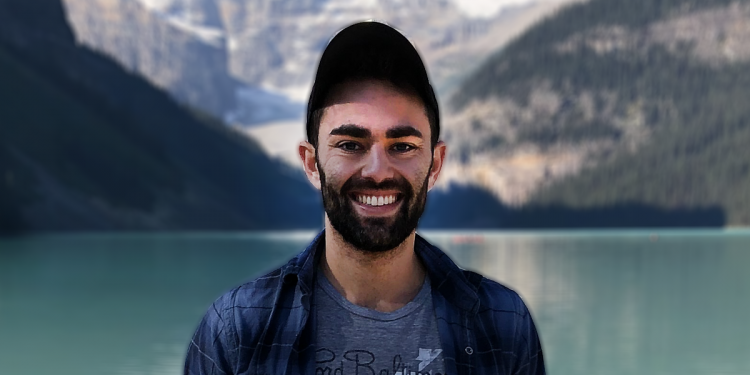 This post is part of CoinDesk’s 2019 Year in Review, a collection of 100 op-eds, interviews and takes on the state of blockchain and the world. Tor Bair is the Head of Growth for Enigma, an open-source, decentralized protocol for secure computation that allows smart contracts to use private, encrypted data as inputs.

After a dizzying year for our industry – one full of twists, turns, and tumult – it’s time to get our bearings and see where we stand. Has the acceptance and adoption of blockchains and digital currencies leapt forward, or have we taken a giant step back? Have we reached a new level of technological and cultural understanding, or are we more confused than ever? Is our industry finally overcoming critical technical challenges, or are we at risk of completely losing our way?

If you’re feeling like the pace of news in 2019 has given you whiplash, you’re not alone. Depending on who you are and what you believe, the same developments might lead you to very different conclusions. Is a project like Facebook’s Libra a massive validation of the value of its underlying technologies, or is it an alarm bell that is still ringing in regulators’ ears? As central banks embrace development of their own digital currencies, does that mean permissionless alternatives are gaining relevance or facing extinction?

If we’re going to find answers, we need to reorient the conversation – and ourselves. With all these swirling questions, there’s only one that truly matters: are we closer to solving real problems for real people? Or are we only making things worse?

To help us answer this, we need to focus on one problem at a time. I want to focus on perhaps the largest problem facing our world: the privacy crisis.

At first, the relationship between privacy, decentralization, and digital currencies may be unclear. But as you will see, these ideas are deeply linked in relation to our current global economic model of surveillance capitalism. We are standing at a critical tipping point in human history, and blockchains and decentralized networks will have a critical role to play in the near future. If we don’t tread cautiously, we will fall into the abyss.

Privacy is rarely top of mind for most of us. Like many long-running crises, the privacy crisis doesn’t always make daily headlines. Mark Zuckerberg’s frequent testimony before Congress has given way to impeachment hearings. Breathless reporting of data breaches has abated somewhat, even though the breaches themselves continue at the same rapid pace. The privacy crisis is like a distant war – severe consequences for many, expensive and destructive, but often just far enough out of view to be forgotten.

Things didn’t have to reach this stage of urgency. Decades of weak regulation allowed tech industry leaders to “move fast and break things,” inevitably leaving those same things broken as the companies continued sprinting by. In the race to capture users and new markets, privacy and security have been afterthoughts.

We should not be surprised. As technologist Bruce Schneier remarks in his recent book, Click Here to Kill Everybody, “everyone favors insecurity.” Companies want more data. Governments want more control. Criminals want more money. And it turns out that carelessly hyper-connecting systems and people is the surest way to create all kinds of vulnerabilities – for our privacy, for our internet, and even for our democracies. (Facebook, of course, now threatens all three.)

And with everything from phones to toasters becoming a connected computer, security risks are rapidly increasing. It’s one thing to accidentally give Google access to your contact list. It’s another when a nuclear power plant is hacked or a hospital is shut down. As Schneier warns: “There is a fundamental difference between crashing your computer and losing your spreadsheet data, and crashing your pacemaker and losing your life.”

This is why we face an existential crisis. Not just because Cambridge Analytica knows our favorite television shows, but because of a lack of substantial regulation and a paucity of caution from corporations have created all manners of critical vulnerabilities that now threaten the stability of our world – from our economy to our governments.

Once you know where and how to look, the pattern behind these vulnerabilities is obvious: they all resulted from the systematic creation of single points of failure and control. During the 2008 financial crisis, these were the banks that were “too big to fail” (but failed anyway, save for massive bailouts at taxpayer expense). In the context of data privacy, these are the insecure data silos at organizations like Equifax or Marriott that were breached, compromising millions of people’s sensitive information. In the broader tech industry, these are the multi-billion user companies like Facebook or Google who have wielded an inconceivable amount of power while bearing very little responsibility. We’re just beginning to comprehend what that might cost.

These risks – and these failures – have been the result of over-centralization. Centralization is defined as “the concentration of control of an activity or organization under a single authority.” In our primarily capitalist world, the pressure for companies or individuals to concentrate power, wealth, access, and control is enormous. And while this has created impressive value, with the rise of the internet, the ability of single entities to accumulate power has become truly unprecedented. Everything now plugs into everything, all the time. For the companies (or governments) controlling our information and communication, that means nothing is off-limits or out of reach. The resulting economic system has been termed the surveillance economy – and it has massive consequences for the people who rely on that system.

Once you understand the surveillance economy and its insatiable demand for more data and control, it is very difficult to unsee. And through this lens, we can see how many developments in 2019 are more terrifying than they might otherwise appear.

On the surface, Libra may seem like a positive development for blockchain and digital currencies. Bringing together some of the world’s largest companies and institutions to support a borderless economic system could create significant value for individuals and businesses. But looking at what Libra means for the privacy crisis, we do not see a solution. Instead, we see an existential threat to user privacy – and an example of Facebook’s well-documented anti-competitive behavior that would perpetuate and extend their role in the surveillance economy. As I noted before the announcement of Libra, “Facebook’s future use of decentralized technologies may just be ‘security theater’ – supposedly for the benefit of users, but instead further cementing Facebook’s centralized control.”

Looking at what Libra means for the privacy crisis, we do not see a solution.

Similarly, the announcement of China’s push to establish a government-backed digital currency – and the expectation of other governments following suit – could be seen as a validation of existing cryptocurrencies like bitcoin. But as China simultaneously cracks down on the cryptocurrency industry, including exchanges and mining, it’s clear this conclusion is backwards. Governments, just like Facebook, primarily see digital currencies and blockchain as an opportunity to extend their control and surveillance of data, commerce, and people. China, obviously, is no exception. Of course, corporations and the governments who attempt to regulate them are often at odds themselves – but when it comes to protecting the privacy of individuals, neither is incentivized to care much at all.

Let’s return for a moment to the 2008 financial crisis. Again, this was caused by the creation of single points of failure within the global economy. Bitcoin was originally proposed by Satoshi Nakamoto in reaction to this crisis – a decentralized solution to a problem caused by over-centralization. His (her?) vision was to use decentralized technologies to create a more sustainable and secure financial system – one that worked better for the individuals transacting within it, not just over-leveraged institutions. Bitcoin was not a “solution searching for a problem.” It was deliberately designed.

Fast forward a decade, and the problem has only grown. Negative interest rates have become the new normal. Global debt is surging. And despite the growth in the market capitalization of digital currencies, not much has been done to solve the underlying problems of over-centralization that contribute to the fragility of the global economy. Stopping to celebrate the growth of awareness and price appreciation is a dangerous temptation, but one we must resist to stay focused on the true purpose of decentralized technologies – to solve the problems and patch the existential vulnerabilities caused by over-centralization.

This means decentralized technologies can and should play a role in mitigating the privacy crisis. But we’re definitely not there yet. Blockchains are facing their own privacy crisis, since their nature is to be public and auditable. That’s one reason why the technology has been co-opted by corporations and governments as a tool of surveillance and oppression. And if we’re not careful, that’s all blockchain will be remembered for: perfecting the surveillance economy. In 2019, the signs are already there.