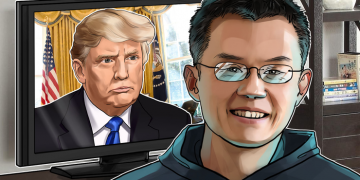 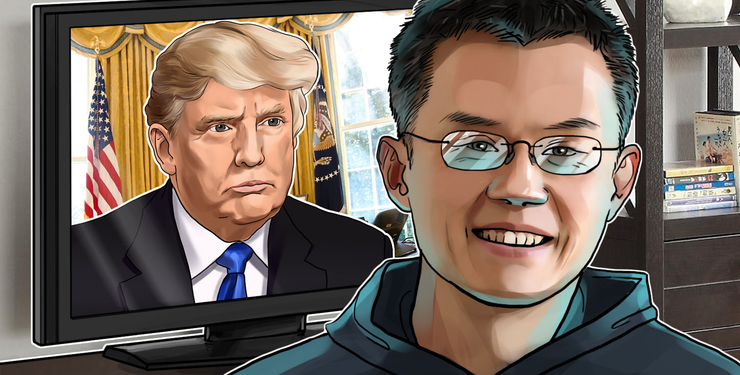 The CEO of top cryptocurrency exchange Binance has said President Trump’s crypto-related tweets can only be a good thing for the industry.

‘The president of the United States is talking about cryptocurrency’

Changpeng Zhao (“CZ”) told CNBC in an interview published on July 23 that even though Trump has been critical of the asset class in his rhetoric, he has not done anything as of yet that damages the industry. On the contrary, the publicity — coming from the highest echelons of power in the Western political world — in itself is a win for crypto:

“Trump so far has not done anything positive or negative, he’s just said he’s not a fan. The fact that he tweeted about it, and the president of the United States is talking about cryptocurrency, it’s a good thing.”

CZ even entertained the scenario that were Trump to go so far as to outright ban cryptocurrency ownership in the United States, the asset class would prevail, arguing that:

“Cryptocurrency will survive regardless of any one country. Most countries that try to ban bitcoin cause their citizens to want cryptocurrency more.”

“Banks get hacked but they’re not transparent with the numbers. You see billions of dollars in fines for banks. Whereas with cryptocurrency there’s more transparency, which is actually good for the users because now they know what’s going on.”

Trump tweets and regulators muscle in

Ahead of CZ’s comments, the CEO of another industry-leading trading platform — Coinbase’s Brian Armstrong — had similarly characterized the president’s crypto-dedicated tweets as being “yuge” for the industry, an opinion that was shared by a host of crypto space commentators:

“Achievement unlocked! I dreamt about a sitting U.S. president needing to respond to growing cryptocurrency usage years ago. ‘First they ignore you, then they laugh at you, then they fight you, then you win.’ We just made it to step 3 y’all.”

To recall, Trump tweeted that he was “not a fan” of “Unregulated Crypto Assets” (capitals in the original), underscoring their potential use in the drug trade and other illicit activities.

Meanwhile, Capitol Hill has been grilling social media titan Facebook on its planned cryptocurrency project Libra, homing in on concerns such as privacy, trust and regulatory compliance. Beyond the U.S., the G7 finance ministers have been voicing concerns over what they perceive to be the potentially systemic financial risks of Facebook’s plans.