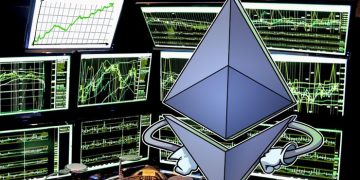 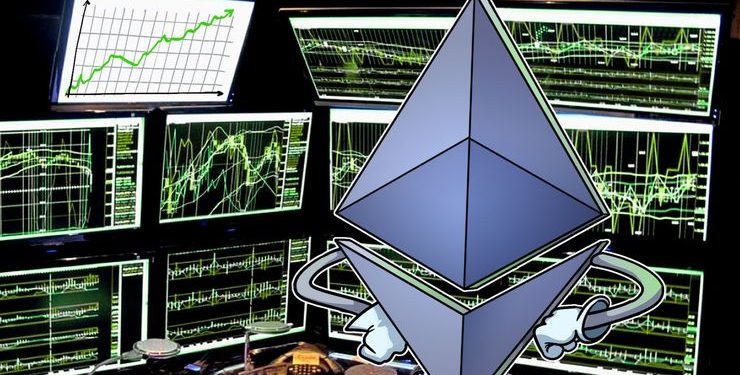 Thursday, September 13: total market cap has soared by almost $12 billion today, as a flush of green spreads across virtually all of the top 100 cryptoassets.

Several  top 20 cryptocurrencies are seeing double digit gains, with Ethereum (ETH) leading the pack, up over 18 percent on the day, as data from Coin360 shows.

Ethereum has skyrocketed almost 20 percent on the day to trade at $207 at press time. After accelerated losses yesterday, September 12, saw the top alt sink below the $170 mark to post new 2018 lows, Ethereum has today rapidly recovered back to September 9 levels, reversing several days of declining value.

Ethereum nonetheless remains down around 9 percent on its weekly chat, and over 35 percent down on the month.

Recent comments by Ethereum co-founder Vitalik Buterin that the days of “1,000-times growth” growth in the crypto space are over left their mark on cryptosphere sentiment this week, prompting Buterin to publicly deny claims he is a crypto “pessimist,” arguing that media publications had “spun” his words. 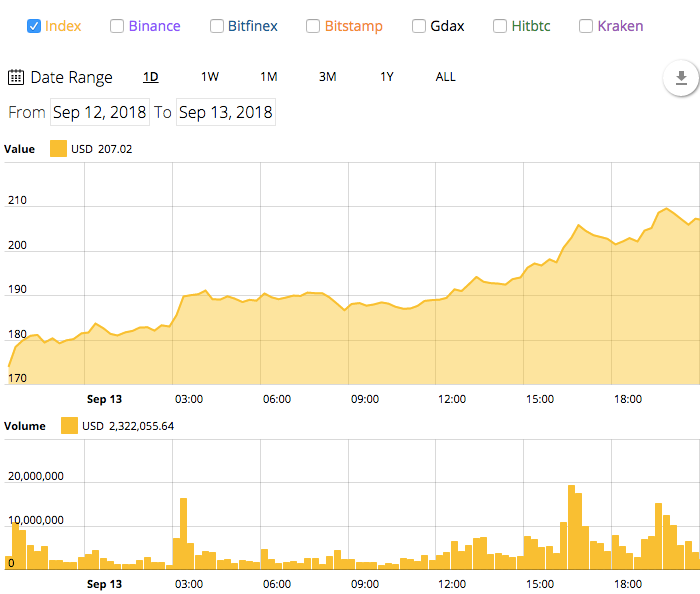 Bitcoin (BTC) is trading just above $6,500 as of press time, up a solid 3.17 percent over the 24 hour period. The leading crypto has seen a volatile week, with major losses briefly taking hold September 8-9, since which Bitcoin has made a jagged and fragile recovery.

After a mild dip yesterday, Bitcoin has today bullishly traded upwards, reclaiming the $6,500 mark it held at the start of its weekly chart.

On the week, Bitcoin remains down by just over 3 percent, with monthly gains at 2.76 percent. 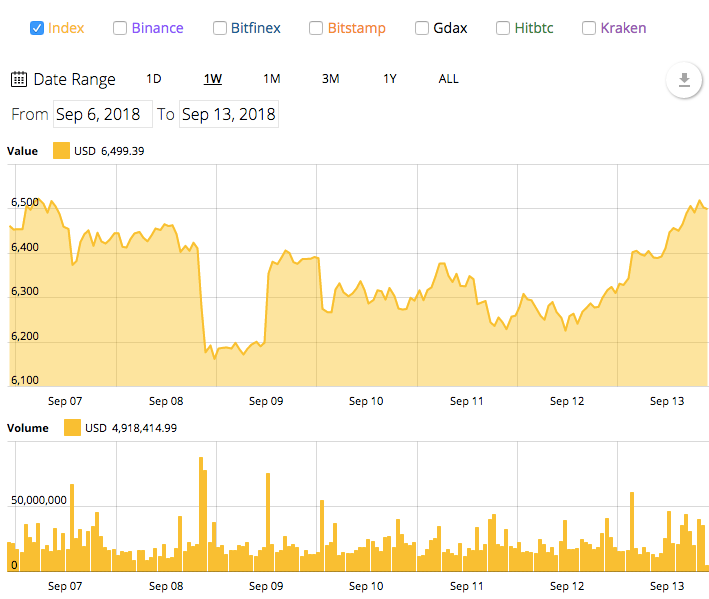 Among the other top ten coins on CoinMarketCap, ubiquitous green shows gains within a 3 to 12 percent. Ranked 9th by market cap, altcoin Monero (XMR) is up about 11 percent to trade at $112.84 at press time, spiking as high as $116 earlier today.

Nonetheless, the anonymity-oriented alt is yet to reclaim its high towards the start of its weekly chart, when it was trading just above $119. 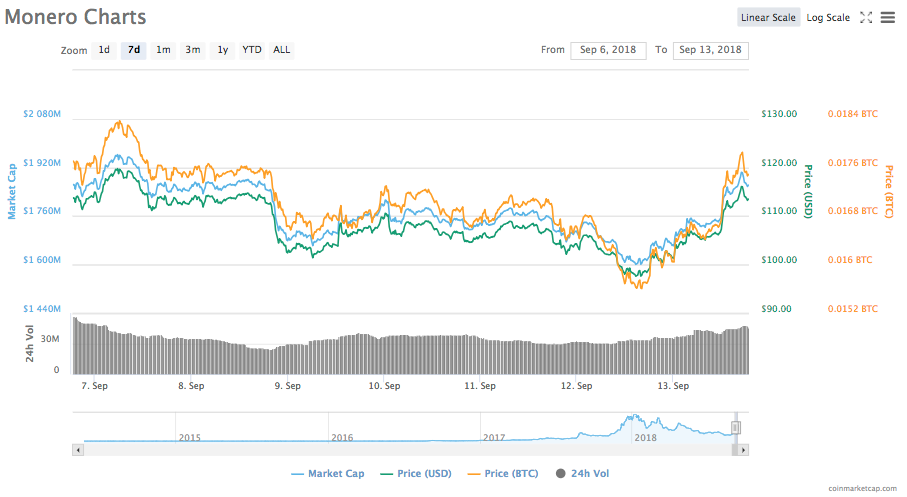 Among the top twenty, Dash (DASH), IOTA (MIOTA), TRON (TRX) and VeChain (VET) are all in double-digit green, seeing 24-hour growth of between 9 and 13 percent. Dogecoin (DOGE) has seen the mildest growth of the top twenty coins, up 2.65 percent to trade at $0.0065 by press time.

As alts spearhead the market recovery, Bitcoin dominance – or the share of total market capitalization that is Bitcoin’s – is slightly down from yesterday’s multi-month highs at close to 58 percent. As of press time, BTC dominance is at 55.9 percent, according to CoinMarketCap.

Total market capitalization is up a bullish 6 percent, or almost $12 billion, on the day at $201 billion by press time. Total market cap is nonetheless still shy of its intraweek high at $208.8 billion on September 7.

Meanwhile, a joint report from the World Economic Forum (WEF) has today claimed that distributed ledger technologies (DLT) such as blockchain could generate $1 trillion in new trade globally over the next ten years.