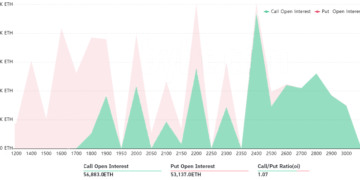 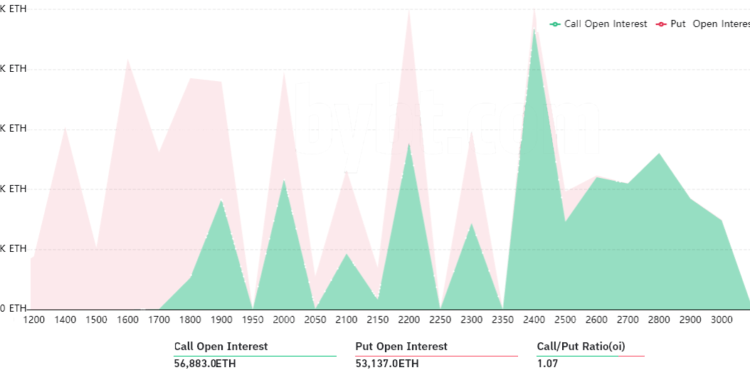 Ether’s (ETH) $1.5-billion monthly expiry on June 25 was slightly favorable for bears, and at the time, Cointelegraph reported that the $2,200 price was critical to eliminate 73% of the neutral-to-bearish put options.

However, bulls were unable to sustain their advantage because the expiry price was near $1,950. In the end, the protective put options outnumbered the neutral-to-bullish call options by $30 million.

Fast forward to July, and after a noticeable 10% rally, Ether’s price again struggles to sustain the $2,100 support. Bitcoin’s (BTC) negative 3.5% performance could partially explain last week’s price move, but the London hard fork scheduled for this month could also be responsible.

The Ethereum Improvement Proposal (EIP) 1559 will cap gas fees, making it more predictable for users. However, miners’ revenue will be negatively impacted. Any pushback from miners could delay Ethereum 2.0 even more, which could be a reason for the recent price weakness.

Lastly, regulatory pressure could also be blamed for the negative sentiment. For example, the United States Financial Crimes Enforcement Network announced that cryptocurrencies would be among its top national priorities for countering terrorism financing and ensuring proper Anti-Money Laundering policies.

Bulls have a slight advantage, but overall, the expiry should be small

Around 110,000 Ether contracts seem initially balanced between the call (buy) and put (sell) options. However, only 30% of the neutral-to-bullish call options have been placed at $2,200 or below, which is equivalent to $36-million open interest. The remaining 70% of the call options are unlikely to take part in Friday’s expiry.

On the other hand, protective puts were mostly placed at $1,900 and lower. However, these contracts are now worthless, as there are less than 14 hours before they expire. Therefore, the remaining neutral-to-bearish options down to $2,100 amount to $26-million open interest.

In a nutshell, Friday’s Ether expiry will be relatively small, but the $2,200 mark is extremely important. Above that level, the bulls’ lead increases by $18 million, causing a $28-million imbalance that favors call options.

Bears aim for $2,100 or lower to eliminate the bulls’ advantage

For bears, any expiry price below $2,100 is enough to balance out the situation. However, it is worth noting that Friday’s expiry size has been greatly reduced because both sides had extreme bets, but none of them were fulfilled.

At the time of writing, there is no reason to believe that either side will try to force Ether’s price in a particular direction ahead of the expiry. Traders will likely concentrate their bets (and efforts) for the end of July, depending on whether or not the London hard fork faces any delays or surprises.