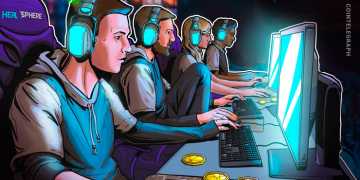 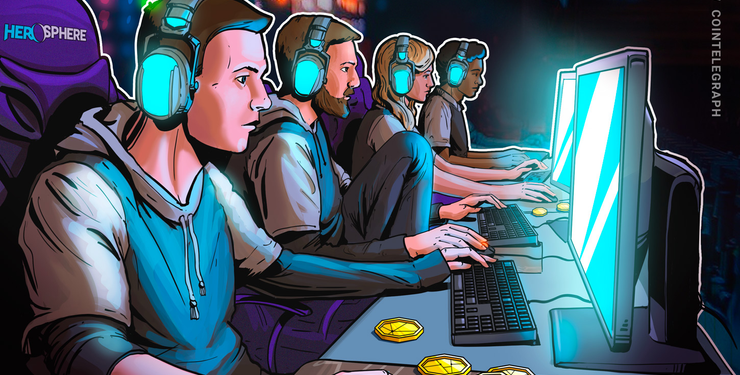 An esports platform with a working product on the Ethereum mainnet says it is tackling the centralized nature of the online betting industry by enabling users to place wagers with their friends and family instead of old-fashioned bookmakers.

Hero says it has amassed more than 260,000 registered users and a community in which anyone can create contests based on a plethora of sporting events. In recent months, the company has focused its resources on offering compelling markets for titles such as Dota 2, League of Legends and Counter Strike: Global Offensive, with more than 5,000 contests depicted on the Ethereum blockchain since January 2019. There has been a compound monthly growth rate of 43.7% on buy-ins placed on herosphere.gg.

The team behind Hero notes that it has been striving to build a platform that is easy to use for those who have little experience in using cryptocurrencies. Although the company knows that the adoption of blockchain technology is on the rise, it claims “overall awareness, trust and confidence have still not nearly reached mainstream dimensions.” To this end, the platform has prioritized ensuring that new users are educated and supported throughout the onboarding process — with in-depth information offered on every page that its customers encounter.

Hero says extensive care has gone into enhancing the user experience, with specialists making an effort to help users understand how to keep their funds safe and guaranteeing they are comfortable in using cryptocurrency wallets. In a blog post, the team explained how it had created a flowchart so that developers could examine every possible action that a user could take — allowing them to eliminate unnecessary elements, simplify vital ones and integrate upcoming features in a practical way.

The company also recently launched a shop that supports HEROcoin as a payment method — enabling gamers to buy skins for Counter Strike: Global Offensive or Dota 2, as well as prepaid cards and vouchers from Paysafecard, Steam and Blizzard.

After bringing esports fantasy and betting on the blockchain, HeroSphere.gg says the next big step is to implement live fantasy — allowing gamers to see the performance of their players in the contest in real time, interact and boost their scores. New features involving special items are also in the works, enabling users to receive extra points for certain in-game activities.

Hero emphasizes that “fun, thrilling and exciting” partnerships have been struck with other companies in the process of building its blockchain-based business model.

Back in May, the brand formally announced a collaboration with Coinfinity that means the esports platform’s cryptocurrency, HEROcoin, is now available from more than 4,000 points of sale — including petrol stations and tobacconists based across Austria. This is achieved through the use of crypto vouchers that enable passionate gamers over the age of 18 to buy the asset in an accessible way.

The platform also recently integrated Dash, enabling gamers to make easy conversions into HEROcoin so they can get involved with contests on the platform. According to the company, the transactions can be completed via Herosphere.gg within a matter of seconds, all without compromising private keys or forcing gamers to lose control over their funds.

At the start of the year, Hero was named as one of the winning startups to gain access to the 360 Lab accelerator program — a scheme that helps tech companies to “achieve international market readiness.”

As reported by Cointelegraph last May, Vienna-based Hero was involved in a consultation with officials from Malta to explore how its gaming license could be broadened in order to include cryptocurrency.