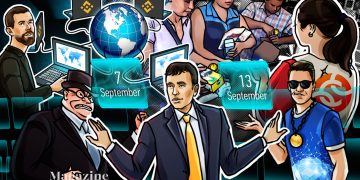 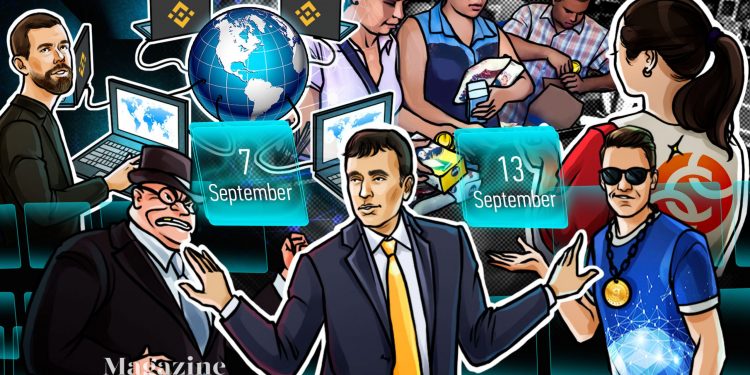 It was an industry that looked like it was overheating for some time, and finally, at least for a short while, it appeared that the DeFi bubble had well and truly burst.

Half a dozen major DeFi tokens shed half their fiat value, and the sell-offs erased the gains enjoyed by most DeFi markets during August’s volatility.

Some members of Crypto Twitter were unsentimental, to say the least. One of them, Stack Those Sats, wrote: “DeFi is going straight into the ground. Just another series of scams.”

But wait! It wasn’t over yet. The decentralized finance sector dusted itself off on Thursday, rebounding by 19% in just 24 hours. Some tokens, such as Yearn.finance, gained 37.6% over this period alone.

All of this suggests that rumors of DeFi’s demise have been greatly exaggerated. New money continues to flow into existing protocols, and more are being built.

Chef Nomi has returned all funds to the SushiSwap community

So, what led to DeFi’s dark week? Well, it may be down to how the anonymous founder of SushiSwap — “Chef Nomi” — withdrew $14 million from the company’s coffers shortly after insisting the money was meant for development and wouldn’t be taken from the company.

It was a recipe for disaster. The SUSHI token sold off almost immediately, with people losing confidence in the project’s viability. It was so swift that it torpedoed the entire crypto industry, taking the rest of DeFi and even Ether and Bitcoin down with it.

Chef Nomi later insisted to Cointelegraph that they did not pull an exit scam, and in a surprising turn of events, they later apologized and returned the cash to the project’s development fund. On Twitter, they wrote: “To everyone. I f—– up. And I am sorry.”

They has now said he will let the community decide how much they deserves as the original creator of SushiSwap, adding that they would like to continue helping develop the project’s tech from behind the scenes. Whether the community will accept this offer remains to be seen.

Bitcoin can hit $16,000 but only if this resistance level finally breaks

Bitcoin entered the weekend on a strong footing after a relatively uneventful Friday saw its price continue to fluctuate between $10,200 and $10,400. With BTC consolidating into a tighter range, it looked like traders were readying themselves to test the $15,000 resistance.

According to Cointelegraph analyst Michaël van de Poppe, breaking through $11,800 would mean a potential target of $16,000 would be on the table.

He wrote that the market movements we are seeing now are very similar to what was seen the year before Bitcoin headed to all-time highs of $20,000. But he cautioned: “The current market structure is resembling only the start and build-up of a potential bull run similar to the sentiment and momentum of late 2016.”

Overall, van de Poppe said that the total market capitalization of cryptocurrencies “is showing a healthy correction in an upward trending market.”

And he predicted: “If the total market capitalization holds the $270 billion to $275 billion areas for support, further continuation upward is likely. If a new impulse move occurs, the next resistance and target zone can be seen at $550 billion.”

IRS offers a $625,000 bounty to anyone who can break Monero and Lightning

The U.S. Internal Revenue Service is offering a bounty of up to $625,000 to anyone who can break “untraceable” privacy coins such as Monero — as well as trace transactions on Bitcoin’s Lightning Network.

America’s taxman is accepting submissions in the form of working prototypes until next Wednesday. Successful applicants will be given an initial payment of $500,000.

They will then be able to use this grant to develop their prototype into a working concept over eight months. Once the pilot test is completed and approved by the government, a further $125,000 grant will be awarded.

It doesn’t take a rocket scientist to figure out why the IRS is so keen to crack Monero. Criminal organizations much prefer XMR to more traceable crypto assets such as Bitcoin, and it’s increasingly being used by ransomware groups.

Blockchain analytics firm CipherTrace claims to have a new tool that can trace Monero transactions, although its capabilities are yet to be confirmed.

On Monday, he explained that his 18-year-old son Spencer had just bought more Bitcoin.

He asked his followers: “Whose advice do you want to follow? A 57-year-old experienced investor/business owner who’s been an investment professional for over 30 years or an 18-year-old college freshman who’s never even had a job.”

Many people were approving of Spencer’s decision, with Quantum Labs CEO Usman Majeed writing: “Your son will be a multimillionaire at least by the time he’s 57 if he keeps buying Bitcoin.”

Morgan Creek Digital co-founder Anthony Pompliano also thought the father and son double act was a work of genius. He wrote: “Using your son to hedge your gold bet is a great idea. Gold goes up, you benefit. Bitcoin goes up, your son benefits. Clever way to be long [on] both assets without publicly capitulating on gold.”

“Just convinced @jimcramer to buy Bitcoin. Reply to this tweet with your best meme or GIF to welcome the world’s newest Bitcoiner.”

“The crypto people, just about the most enjoyable group of people I’ve ever met. They are f—— crazy. They are crazy on social media, they are crazy on Twitter, they have the same f—— personality I do, they are gamblers at heart, they slant, they laugh at themselves, they just want to make money. I will be in crypto. My heart is crypto. But I just gotta figure it out.”

“History indicates that we may have ample room for higher volatility and gains in the months ahead.”

“We have journalists all over the world who care deeply about this industry and the technology and philosophy of blockchain.”

“Against my advice my son @SchiffSpencer just bought even more #Bitcoin. Whose advice do you want to follow? A 57-year-old experienced investor/business owner who’s been an investment professional for over 30 years or an 18-year-old college freshman who’s never even had a job.”

The U.S.-based cryptocurrency exchange Kraken has predicted that September will bring excessively negative returns for Bitcoin.

According to its new report, September is historically Bitcoin’s worst-performing month, with an average return of -7%. And given how BTC has underperformed in its average returns for most months of 2020 so far, this month could be even worse than usual.

Moving away from the short term though, it isn’t all doom and gloom. Kraken said a record share of BTC’s supply has not moved in more than 12 months, and “historically, this dynamic has foreshadowed a new bull market.”

However, Kraken’s crystal ball isn’t necessarily what it’s cracked up to be. The exchange recently predicted that a BTC rally of between 50% and 200% was imminent on Aug. 10 when Bitcoin was trading for between $11,500 and $12,000. (Spoiler alert: nothing happened.)

The governor of the Bank of France has warned that Europe cannot afford to lose momentum in tackling the challenges posed by private sector global digital assets.

All of this could be rather bad news for Facebook’s Libra, which has had little luck in persuading politicians, bankers and regulators in the U.S. and Europe that it’s got what it takes to launch a private currency in a way that wouldn’t destabilize the global economy.

Villeroy de Galhau also stressed that the European Central Bank can’t afford to “lag behind on a CBDC.” This could serve as a hint that we may see some more movement from the eurozone fairly soon.

Six of the 109 people recently arrested by Chinese police in connection with the $5.8-billion PlusToken Ponzi scheme have been charged.

According to officials, they are “suspected of organizing and leading criminal pyramid schemes.”

Of the 109 arrested in July, 27 were believed to serve as executives for the scam, while the remaining 82 were described as “key” promoters.

PlusToken published its white paper in February 2018, claiming to be a South Korean crypto exchange offering interest-bearing accounts generating returns of between 10% and 30% per month in the form of its native token PLUS.

Banks failing to identify up to 90% of suspicious crypto transactions

Financial institutions around the world have reported 134,500 suspicious transactions related to virtual currencies over the past two years. But according to CipherTrace, this may just be the tip of the iceberg.

Many banks use lists of the names of crypto exchanges to flag transfers associated with cryptocurrency, but CipherTrace estimates that 70% of trading platforms may not be on these lists, meaning up to 90% of actual transaction volume isn’t accounted for.

The problems don’t end here. Many crypto exchanges operate under a business name that differs from their branding, and few financial institutions screen for exchanges outside of the top 100.

DeFi: A shrinking window of opportunity

With regulators unlikely to change old-fashioned rules in favor of the emerging market, DeFi might be burdened under fraud and new portions of restrictions, writes Oleksii Konashevych.

Ethereum 2.0 is coming, unlikely to speed up enterprise DeFi adoption

Ethereum 2.0 is coming this year, and while enterprises won’t use it immediately, Rachel Wolfson says the rise of DeFi will play a significant role for organizations.

As BTC shows stability above $10,000, what’s next for the world’s biggest cryptocurrency? Joseph Young takes a look at what traders are thinking.