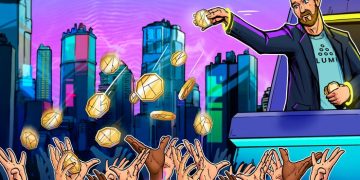 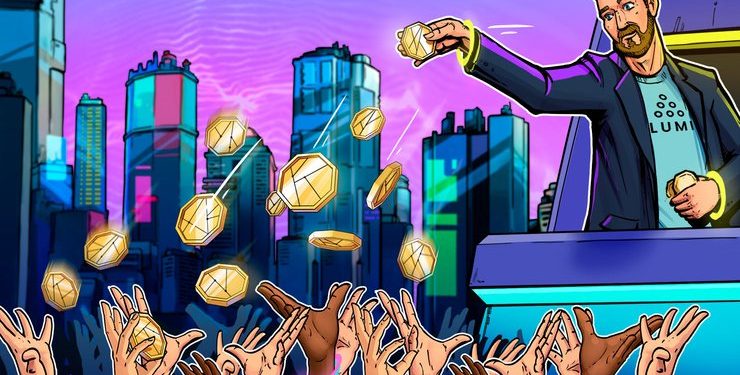 A crypto wallet provider says it has launched a giveaway that allows 1,000 users to get a free EOS account.

Lumi Wallet notes the giveaway is taking place on a first-come, first-served basis. Instead of answering quiz questions, preparing a submission or entering into a lottery system, all that participants need to do is sign up in EOS for free. The promotion will end when all of the accounts have been snapped up.

The company says the giveaway is in partnership with Minergate and Changelly, and comes as Lumi vies to become “the premier wallet for the EOS blockchain.”

Lumi has been integrating blockchain into its ecosystem for a while, and in a previous update, the EOS coin was made available in its wallet for the first time.

Diana Furman, the CEO of Lumi Wallet, said: “We decided to make the registration for our users fee-free. Firstly, because we want them to have an easier gateway to EOS. Secondly, because we really do believe that EOS is the platform to check out.”

The executive says she wants Lumi users to be able to explore what EOS has to offer without any barriers in the way, as the blockchain’s development continues apace.

As Lumi continues to align itself closer with the network, the platform is planning to integrate EOS-based tokens, support its decentralized applications (DApps), and implement the EOS voting system within the wallet. To benefit from the giveaway, all users need to do is download the Lumi Wallet app and set up an EOS account for free, the team says.

Lumi Wallet is available for Android and iOS devices, and currently supports bitcoin, ether, bitcoin cash and most ERC-20 tokens. The company says it strives to ensure that transactions performed through its platform remain completely anonymous, with its team taking great care to ensure the software has an eye-catching design.

New tokens are being added all the time. Earlier this month, Lumi Wallet revealed that more than 900 ERC-20 tokens are now supported — making it easier for users to swap between a range of crypto assets whenever they please.

Lumi is now preparing for its next big step: In the summer, the company is planning to go open-source. According to its team, this upgrade has been much anticipated since it was initially launched.

The platform also offers a devoted wallet for collectibles, enabling gamers to keep all of their assets and ERC-721 tokens in one secure place. The app is mobile-focused, eliminating the need for players to use special browsers or web extensions in order to access their collectibles.

Lumi Collect has been continuing to add immediate access to blockchain games directly from the app itself — and last month, My Crypto Heroes joined the platform. According to a blog post written by Lumi at the time, the title is one of the largest Ethereum-powered games in terms of volume.

The company says it is poised to capitalize on the “great leap” that is about to be seen in the modern gaming industry. As increasing numbers of players turn to blockchain to see what this technology has to offer, gaming formats are going to change — as will attitudes toward assets.