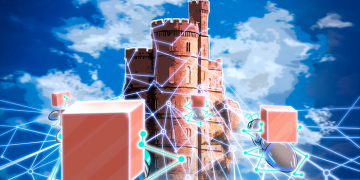 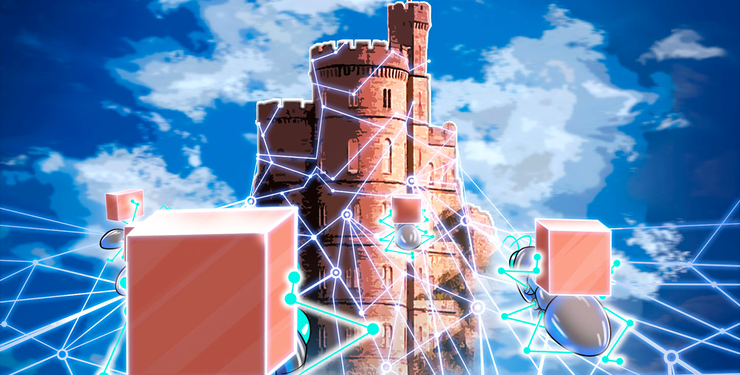 Cryptocurrency custody providers seem to be springing up all over the global digital landscape in 2019, and the crypto platform Coinbase emerging as the leader in the sector. At their very core, custody platforms are designed to serve as independent storage/security units that are aimed primarily at institutional investors. These solutions, more often than not, tend to make use of a combination of various hot and cold storage technologies.

Also, while cryptocurrency exchanges and regular wallet systems conventionally utilize private keys (and other such security protocols) to protect an individual’s holdings, these alphanumeric phrases can be quite difficult to remember and have the potential to be stolen (or hacked) by individuals with sufficient knowledge of such things. In this regard, custody platforms help in eliminating any fears that investors may have because they are designed specifically to prevent the loss of one’s savings due to wallet thefts, misplaced private keys, etc.

Another reason why crypto custodians are gaining widespread traction is because of their regulatory-compliant design. In this regard, per the United States Securities and Exchange Commission (SEC), institutional investors that possess customer assets worth $150,000 or more are required by law (Dodd-Frank Act) to place their holdings under the control of a “qualified custodian.” To be more specific, the entities that the SEC lists under the aforementioned umbrella include:

There currently exist a very small number of traditional financial entities that are offering their customers custodianship-related offerings.

On the issue, Gongpil Choi, director of the Korea Institute of Finance — an agency that works hand-in-hand with the local government to research and evaluate financial policies that are designed to strengthen the country’s financial sector — was quoted as saying: “Even the traditional financial sector has seen the establishment of the custody market. Cryptocurrencies are more risky than traditional assets and the custody market in crypto will become a rapidly growing market.”

Coinbase is dominating the custody market

Coinbase’s recent foray into the institutional-grade custody solutions market indicates the firm’s resolve to dominate this rapidly growing domain. Additionally, the premier crypto exchange recently announced several acquisitions related to areas such as investment management and financial licences — thereby showcasing its serious shift to and focus on the institutional market. On the matter, Kenneth Yeo, CEO of Singapore-based crypto options trading platform Sparrow, pointed out in an email to Cointelegraph:

“Global market uncertainties (the trade war and political turmoil) have resulted in crypto increasingly becoming a safe haven. More and more crypto firms are gaining awareness of the huge potential and the current market gap for onboarding institutions to the crypto world. This marks an important shift among crypto giants to win over Wall Street.”

Yeo also believes that as the digital asset industry continues to mature, an influx of more sophisticated products that can rival traditional market offerings, such as derivatives, will be observed. Also, owing to the fact that Bitcoin’s appeal seems to be growing rapidly across the globe, mainstream entities are no longer ignorant of this asset class and are looking to expand their reach into this relatively untapped space.

Lastly, the recent increase in demand for crypto custody solutions (over the past 12 months or so) is quite natural, especially considering that institutional folks are buying over $200 million to $400 million worth of crypto per week these days. Similarly, in the crypto Wild West — where security breaches and hacks are quite common — Yeo pointed out that over the first half of 2018 alone, over $1.1 billion in crypto was lost due to theft and fraud. In this regard, custodians are able to provide traditional finance institutions with a sense of monetary security and long-term stability. Yeo added:

“We’ve experienced significant demand and interest from institutional investors for regulated custody solutions, it is no wonder that services such as custody solutions have been gaining traction. On top of custody, yield and risk management products have been highly sought after in the space.”

Around two weeks back, Coinbase CEO Brian Armstrong confirmed that his company had entered into an official agreement with storage giant Xapo in order to take over the firm’s custody business. If that wasn’t enough, the move reportedly put Coinbase at the helm of institutional management (for crypto), with the premier trading platform currently holding over $7 billion worth of digital assets in its coffers.

And while the financial specifics of the deal have not yet been made public, a source linked closely with media giant Fortune claimed that Coinbase paid around $55 million (a sum that was higher than what Fidelity had allegedly offered) to finalize the agreement.

Coinbase Custody’s Assets Under Custody (AUC) comprises funds that are owned by more than 120 clients (across 14 different nations). Additionally, in May of this year, the exchange’s AUC crossed the $1 billion mark. As a result of this latest deal, Xapo’s institutional custody business will be able to complement Coinbase’s associated infrastructure (related to this domain).

Coinbase’s cryptocurrency custody service was launched in July last year for institutional clients based across Europe and the U.S. Some of the currencies that are supported by the platform include Bitcoin (BTC), Bitcoin Cash (BCH), Ether (ETH), Ethereum Classic (ETC), XRP and Litecoin (LTC).

Xapo is licensed and regulated by the Gibraltar Financial Services Commission and has been classified by the regulator as being an electronic money institution. Not only that, the platform was also awarded a BitLicense by the New York State Department of Financial Services last year, thereby making it the sixth digital entity (at the time) to have gained the license.

Since its market inception, Xapo has been able to raise a little over $40 million from a number of established financial institutions such as Benchmark, Greylock Partners, Fortress Investment Group and Emergence Capital Partners.

Last but not least, over the past year or so, the crypto market has grown to encompass a number of new offerings (primarily related to Bitcoin futures) that have been released by various big-name players such as Bakkt and Binance. On the issue of expanding its product profile range, Coinbase released a post on its website stating that in the future, the company is looking to explore new ways to monetize and leverage crypto assets — primarily by means of staking, borrowing against crypto portfolios, and lending digital currencies to trusted counterparties.

Custody solutions are on the rise

According to a research piece released by the Bank of New York Mellon, the demand for crypto-centric custody solutions is currently at an all-time high. This is because many analysts believe that such offerings will help bridge the gap that currently exists between the institutional investment market and the digital industry.

In this regard, a fair few banks have reportedly been testing and rolling out their very own custody platforms. For example, Swiss bank Vontobel recently launched its Digital Asset Vault, which provides its clients with access to more than 100 banks and wealth managers — primarily as a means of giving instructions regarding the purchase, custody and transfer of digital assets using the institution’s existing infrastructure and regulated environment. Similarly, German stock exchange Börse Stuttgart, State Street, Fidelity as well as Coinbase are offering their customers similar services.

Current regulations in the U.S. require advisers to keep their client’s crypto assets with an authorized custodian. And since there exists no singular definition as to what the term “crypto safekeeping” means across Europe, the European Securities and Markets Authority has requested a number of countries located within the region to create a framework that establishes more clarity regarding the matter.

It is just the start

The wait for Bakkt’s much-hyped futures and custody platform will finally end later next month — on Sept. 23. According to a blog post released by the Intercontinental Exchange, or ICE — the governing body behind the New York Stock Exchange — Bakkt has been cleared by the NYDFS to serve as a qualified custodian.

Similarly, the Commodities Futures Trading Commission, or CFTC, has also given Bakkt permission to trade Bitcoin futures. Lastly, company officials have confirmed that the platform will be developed to a point (in the near future) so that customers will be able to physically settle contracts in BTC. Bakkt was supposed to go live late last year. However, due to certain regulatory issues, the platform was unable to obtain the necessary clearance to start selling its BTC futures contracts until mid-September.