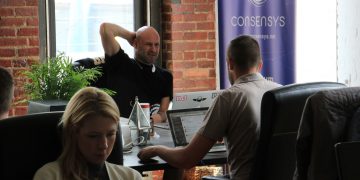 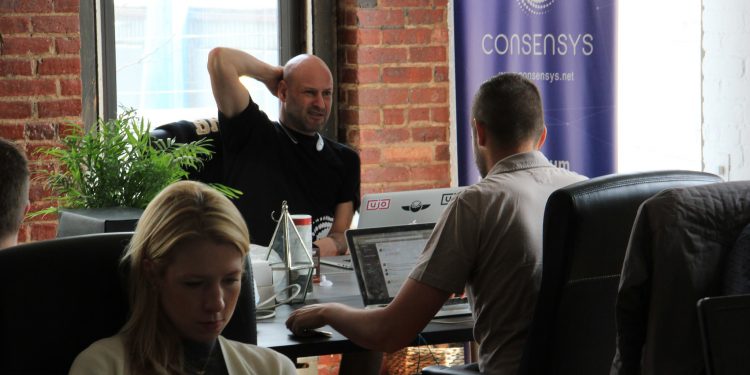 ConsenSys Labs has led a $2.1 million seed round for AZTEC, a startup that’s working to make ethereum transactions private so financial institutions can comfortably use the second-largest blockchain.

Announced Thursday, other investors in the round include Entrepreneur First, Samos Investments, Jeffrey Tarrant (Mov37) and Charlie Songhurst.

AZTEC, created by the mathematician Tom Pocock and nuclear physicist Zachary Williamson, uses zero-knowledge proofs (also known as zk-SNARKs), the cryptographic technique popularized by the zcash currency, to enhance privacy on a shared ledger. But the startup claims its protocol is “twice as efficient as other known technologies on the network.”

The protocol is intended to be used by banks, Pocock told CoinDesk, and they will be able to utilize the tech through a partnership with CreditMint, an ethereum-based platform for corporate debt issuance and trading created by the same team as AZTEC.

“We have been talking to more than 20 leading financial institutions, specializing in corporate private debt, amongst which are global top-10 banks,” Pocock said, adding that the first wave of users would be announced in January 2019. In addition to enhancing privacy, AZTEC’s tech will also help boost the speed of settlement in loan markets, the startup claims.

Currently, big banks tend to gravitate towards private, permissioned blockchains like the one launched on Tuesday by CLS, with Goldman Sachs and Morgan Stanley as the first users. However, Pocock believes that established financial institutions would benefit from using public blockchains.

Until now, he said, that was not possible on ethereum’s public chain, “and therefore capital markets activity has been restricted to private blockchains.”

AZTEC’s team had been in discussions with ConsenSys for several months after graduating from Entrepreneur First, the London tech accelerator, in March 2018, Pocock said.

“We were impressed with the resilience of the zero-knowledge proof technology that AZTEC created. Based on what we’re seeing, AZTEC is the closets to production and the most efficient in sense of gas cost,” Min Teo, executive director at ConsenSys Labs Investments Europe, told CoinDesk, referring to the small amount of ether that must be paid to power a transaction on the blockchain.

Joe Lubin, the founder of ConsenSys, said in a press release that his ethereum design studio “is proud to support this breakthrough from AZTEC and CreditMint, bringing zk-SNARKs-based privacy, confidentiality and scalability to a wide variety of asset transactions on public ethereum.”

Stepping back, it remains to be seen whether a zero-knowledge proof-based system can be fast and scalable enough to suit enterprises – especially considering that even without this computationally expensive privacy enhancement, ethereum has well-known scaling challenges.

But Pocock says that AZTEC’s protocol is working at a decent clip.

“Without scaling we can put one transaction per second through the public network – this will be orders of magnitude faster with upcoming scaling to the network,” he told CoinDesk, referring to ethereum developers’ ongoing efforts to increase throughput on the blockchain. “Even today, it is more than sufficient for CreditMint to move the private corporate debt markets onto the public blockchain. It takes milliseconds to both construct and verify AZTEC zero-knowledge proofs.”

In September, ethereum’s founder Vitalik Buterin suggested that using zk-sharks (“Zero-Knowledge Succinct Non-Interactive Argument of Knowledge,” a variant of zero-knowledge proofs not requiring interaction between prover and verifier) can potentially help ethereum scale up to 500 transactions per second.

AZTEC is not the first effort to add privacy to the ethereum protocol by using zero-knowledge proofs: more than a year ago, JPMorgan revealed adding zk-snarks technology developed by the startup behind zcash to Quorum, the megabank’s ethereum-based private blockchain.

Speaking about how that project was going, Jack Gavigan, who is responsible for product and regulatory relations at the Zcash Company, said in a video posted on the startup’s blog last month that the technology is still immature, but he hopes to see it deployed in the actual environment “within the 12 to 18 months,” with the scalability problems effectively solved.

Another attempt was the October announcement of EY’s Ops Chain Public Edition prototype, which, the consulting giant said, uses zero-knowledge proofs to allow companies to create and sell “product and service tokens” on the public ethereum blockchain without disclosing their transaction records publicly.

Yet another project, Adhara, also supported by ConsenSys, has been exploring zero-knowledge proof technology for an industry-grade payments mechanism of the South African Reserve Bank.

According to Pocock, AZTEC is different from previous projects because it’s working on the ethereum mainnet (i.e. not a test environment or private chain) and is “significantly more efficient in terms of gas costs.”

AZTEC plans to deploy additional features to boost the protocol’s efficiency during the coming months and open-source the tech, raising additional funds in the meantime, the company says.