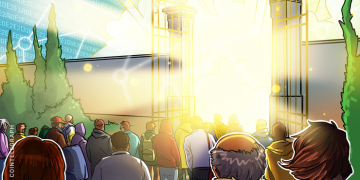 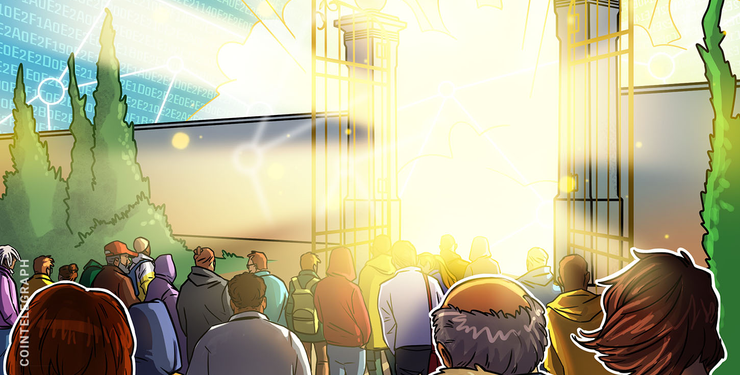 Stablecoins have become rather frequently discussed in the news and social media over the past few weeks, especially with the news of the release of the Facebook-backed Libra coin. The current wave of stablecoin issuance could be attributed to the lack of liquidity in the cryptocurrency world. But even though the crypto market is now slowly recovering from a long bear trend, the ecosystem of stablecoins continues to expand even further.

One of the most notable events in the stablecoin space was a recent announcement by Circle and Coinbase. After launching its own digital dollar — called USD Coin (USDC) — in September 2018, Circle (a Goldman Sachs-backed crypto startup) is now opening its doors to other institutions interested in issuing USD Coin. Circle partnered with crypto exchange and wallet company Coinbase to launch a consortium called Centre that will support and develop USD Coin.

What is the consortium about?

Centre is a membership-based framework and governance scheme with an overall aim of growing and developing the idea of digital money. The founders of the consortium aim to build a blockchain-based infrastructure that will enable fiat money to work over the open internet. At the moment, USD Coin is Centre’s first initiative.

Although Circle was the first to issue USDC, the stablecoin’s being listed on Coinbase’s platform on Oct.10, 2018 fueled the coin’s popularity in the crypto space. USDC is reportedly 100% backed by United States dollar reserves, and enables customers to tokenize dollars as USDC and redeem USDC for dollars. Therefore, the Centre consortium acts as a watchdog over the institutions issuing USDC to fiat conversions.

Now, Coinbase and Circle have jointly announced that membership in the Centre consortium is open to other entities looking to participate and own the right to issue or redeem USDC.

Circle and Coinbase’s vision is to build interoperable protocols and standards for an open global financial system. To achieve this, the two companies are looking to collaborate and partner with other industry players.

However, the opening of membership to the consortium comes at a time when Tether, the issuer of the most popular and eponymous stablecoin, is reportedly facing transparency issues. Although Tether enjoyed a first mover’s advantage in the stablecoin space, it has also had to deal with the many challenges that come with sustaining a stablecoin’s value.

Among the mistakes that Tether made at the start was the failure to secure a credible third-party auditor. Plus, compared to other blockchains, the Tether Omni protocol is much slower. In response, Tether has recently introduced an ER-C20 version of its stablecoin.

However, as a trailblazer of the stablecoin uprising, Tether has paved the way for other coin issuers and still proves to be useful in the crypto landscape. However, stablecoins like USDC represent the next generation of coins, which are designed to enhance transparency while enabling a user-friendly technology that will increase the speed of cross-border payments.

Centre also aims to achieve a greater level of interoperability that will enable USDC to function across multiple private and public chains. Centre claims that this will enable money to function like content and data on the internet.

According to Jeremy Allaire, the CEO of Circle, USDC will have a “huge difference from something like Tether.” Allaire also said:

“Market infrastructure like stablecoins will become the base layer that supports every financial application. It has to be legitimate, trustworthy and be built on open standards.”

Ultimately, bringing new members into the Centre consortium is set to enable better standardization for USDC issuers across the globe. The new USDC issuers will have to comply with Centre’s rulebook. Plus, Centre’s board of managers will provide guidelines for the safe investment of USDC to limit various risks. The move will also decentralize control of USD Coin, as the issuers will become part of the governing body.

How institutions can join Centre

Institutions that want to join Centre and become issuers of USD Coin will have to agree with Centre’s operating rules.

To begin with, the institutions must be “licensed and regulated to support electronic money services.”

Member institutions will also have to comply with Anti-Money Laundering (AML) and Know Your Customer (KYC) processes as well as Countering the Financing of Terrorism (CFT) rules, as prescribed by Centre.

Custody of fiat reserves is also a requirement. These reserves are set to be audited by Centre on a monthly basis to ensure 100% USDC backing with fiat.

Only companies that meet the technological requirements of Centre’s protocol will be allowed membership in the consortium.

Why would a company want to join the consortium?

USDC was the first stablecoin to be issued on the Coinbase platform. Since then, the stablecoin has become popular mostly among traders who use it as a bridge between fiat and cryptocurrency positions.

Although other exchanges such as Binance have also listed the coin on their exchange platforms, USDC users have only been able to redeem their tokens for fiat on Coinbase’s and Circle’s platforms. With this new opening, members will be able to redeem USDC for fiat as well.

USDC issuers will enjoy a level of autonomy such that they will be able to decide their own fee structures for redeeming USDC.

However, according to Gregory Klumov, the CEO and founder of stablecoin platform Stasis, few companies are likely to be interested in joining the consortium. He explained to Cointelegraph:

“Right now, everyone wants to develop their own stablecoin. Last year there were around 150 projects announced. Look at JP Morgan, and other banks like Silvergate and Signature Bank, which all have their own Ethereum-based coins. As long as they think they can gain market share on their own, they’re unlikely to join a consortium. There’s also the huge issue of regulatory uncertainty — we still don’t know how US regulators will address stablecoins, or crypto in general, down the road.”

New members of the consortium

At the moment, no new issuers have been announced. However, there is potential for a huge level of interest in participation, considering the fact that over 100 exchanges support USDC. For example, Nexo, a decentralized lending company, allows its customers to earn compound interest on their USDC balances.

These companies, together with the exchange platforms listing USDC, are driving interest among institutions that want to become members of the Centre consortium.

The future of the consortium

Going forward, Centre plans to grow its fiat token support beyond the U.S. dollar by building an infrastructure that will support new currencies on the Centre network. The plan is to continue in the research and development of smart contracts on the Centre network to enable more payment settlements using programmable money.

As of now, USD Coin is mostly being used by traders, but Centre has hinted at plans to create “a new global digital currency” made up of stablecoins backed by a variety of currencies.

However, some believe that scaling USD Coin will be the least challenging task that the Centre consortium will face. According to Klumov:

“The biggest challenge for stablecoin issuers is commoditization. When you have several stablecoins all pegged to the same currency, and they all hold their peg to more or less the same degree, then it’s difficult to find ways to differentiate yourself.”

What are the prospects?

Apart from Coinbase and Circle, other prominent names that have shown interest in stablecoins include the Winklevoss brothers, who have already launched their own dollar-backed stablecoin called Gemini. IBM has also partnered with Stellar in an effort to create a real-time, controlled global payment network. By introducing a level of compliance to AML and KYC practices, Centre and other organizations are enabling mainstream adoption of stablecoins and other cryptocurrencies for daily transactions.

US CFTC Approves LedgerX’s Application for Designation As Contract Market

US CFTC Approves LedgerX’s Application for Designation As Contract Market