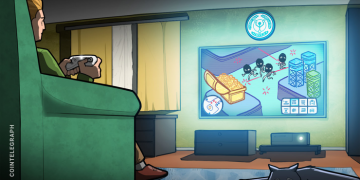 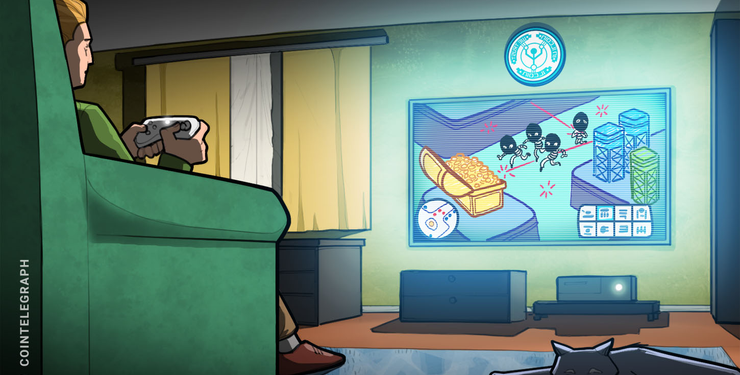 A crypto platform has announced the launch of the first decentralized application (DApp) on its blockchain.

ILCoin says its debut DApp, created on the SHA-256 blockchain, is a game called AGE of ILC — a tower defense game in which players have to obstruct strangers and stop them from stealing their treasure. The game’s developers say their title has been designed to have an old-school, retro look like in the 1980s and 1990s.

AGE of ILC will initially be made available on Google Play in the middle of July, and work is already under way to bring the game to iOS smartphones and tablets at a later date. ILCoin says real cryptocurrencies can be acquired and spent through playing the game — and micropayments are made using ILC coins.

Upgrades can be purchased to give players an upper hand as they stave off enemies. Upon launch, four tracks with varying degrees of difficulty will be available to choose from — with each track boasting its own special features and distinctive enemies to keep gamers challenged. ILCoin says more levels, in addition to new graphic elements, are going to be released every two months. Each upgrade will also be accompanied by developments in the game’s storyline — with every twist and turn in the tale receiving its own blockbuster trailer to draw gaming enthusiasts in.

ILCoin says that AGE of ILC, which has been developed in conjunction with Specter Gaming and BOT Robotics, will not be its last game. The project’s development team has the ambition to increase the value of its blockchain technology by regularly delivering upgrades and launching brand-new titles.

Overall, the platform believes that blockchain-based games have the opportunity to offer an experience that hasn’t been seen in this industry before. While games that use this technology have begun to emerge in recent years, ILCoin says few of these titles have fully embraced the true potential that blockchain can provide.

ILCoin’s decentralized approach also means that anyone can start building their own games on its blockchain. As well as giving aspiring developers a chance to have their big breakthrough, it’s also a chance for more seasoned creatives to reach a wider audience and deliver titles in an exciting new format.

Thinking outside the box

As ILCoin continues efforts to make its blockchain valuable for the entire community, the project has launched contests that invite crypto enthusiasts to think of ideas for DApps that broaden the use cases for its network. The crypto platform says it is keen to hear about new approaches for games, online stores and payment systems — apps that all of us use on a daily basis.

As previously reported by Cointelegraph, ILCoin uses “pioneering technology” known as command chain protocol (C2P) to ensure that its blockchain is as secure as possible. Its developers say C2P, that is certified by an official partner of cybersecurity company Palo Alto Networks, has the potential to prevent 51% attacks, in which hackers acquire the lion’s share of computing power in a network.

ILCoin also has the ambition of becoming the first blockchain to create smart contracts that run using SHA-256 technology — enabling them to perform complex operations in fully fledged programming languages that extend far beyond the “small set of simple operations” that many other networks are capable of.

Recent achievements include a redesign of its web wallet and the introduction of dynamic graphs so that users can see how the price of their cryptocurrency has changed over time. ILCoin has also been listing its coin on a broader number of exchanges — increasing awareness and boosting availability to crypto enthusiasts worldwide.