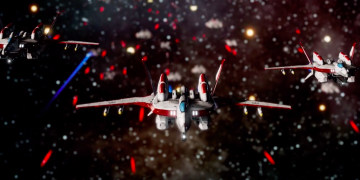 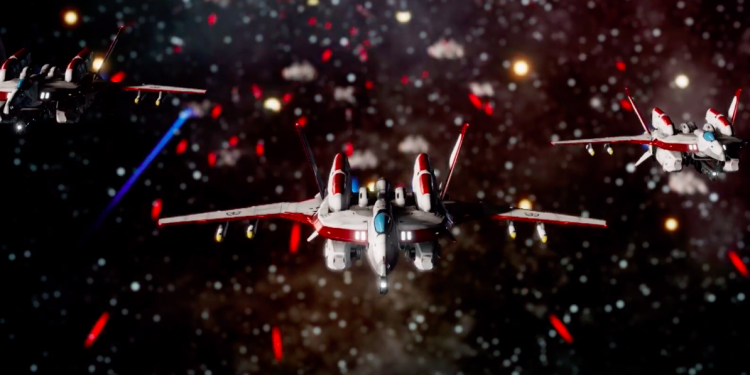 An ardent critic of the hype surrounding crypto token sales is set to do the unlikely: launching a token.

Samson Mow, the CSO of bitcoin startup Blockstream, has also been serving as founder and CEO of the gaming company Pixelmatic since 2011. The new plan will see Pixelmatic use Blockstream’s new token platform for launching security tokens on bitcoin via a sidechain.

By way of that platform, Pixelmatic will create a token for its upcoming game Infinite Fleet, a science fiction, humans-versus aliens space fighting game. “Take command of a fleet and join the epic war for humanity’s survival!” as the game’s Twitter profile reads.

Yet perhaps the most unusual part of the plan is that it will be launched on bitcoin – or, at least, a network that is tied to the bitcoin blockchain.

Part of why Mow has been so critical of token sales, he argued in conversation with CoinDesk, is that so many of them have been launched on the smart-contract platform ethereum. (He went so far as to contend ethereum has “failed” investors because of its scalability problems.)

But perhaps most of all, he’s skeptical of pervasive fraud in the space. “My main criticism is there’s no substance. The leaders have no intention of actually creating something,” Mow told CoinDesk.

To raise funds, they’re in the process of selling a so-called “security token,” a breed of crypto-token that’s gotten quite a bit of attention recently, as they’re subject to regulation and require investors get a return on their investment.

The security token sale is private, with a few “bitcoin OGs” participating so far. With this token, Infinite Fleet is aiming to raise $16 million by the end of the year, when they expect more exchanges to be processing security tokens.

Then, the utility token will be disbursed randomly to players in the game. Users will receive coins based on “proof-of-participation,” or how much time they put into the game.

The idea of creating completely virtual currencies for in-game economies isn’t new, but according to Mow, Pixelmatic is looking to put a unique spin on the idea given its characteristics.

For example, one of the most popular MMOs, the World of Warcraft, utilizes in-game gold as a means of payment for items and between players. But persistent issues with so-called “gold farmers” who were selling their funds to other players led game maker Blizzard to effectively peg the value of gold to a “WoW Token” that can be bought and exchanged for either gold or 30 days of play-time. Conversely, in-game gold can be spent on such tokens.

Then there’s EVE Online, a similarly sci-fi focused game that utilizes several different currencies across its galactic economy. Such designs can grow complicated and have real-world ramifications: EVE once hired an economist in an attempt to steer the economy away from recessions that could have a negative impact on a user’s gaming experience. Not to mention, the population playing the game is larger than Iceland’s, and one of its “wars” cost an estimated $300,000 based on the value of in-game assets lost.

It’s against this backdrop, Mow told CoinDesk last fall, that he originally got interested in bitcoin specifically because he saw a path for disruption of these gaming economies.

With Infinite Fleet, Mow envisions this same model, but with a cryptocurrency thrown in, giving it the same benefits.

“Our token will be like that but not under anyone’s control,” he said.

As far as use cases, Mow highlighted one that addresses an issue experienced by players in MMOs where players can pool resources, only to suffer when one bad actor walks away with the loot unseen.

“People have been known to infiltrate guilds and steal the funds,” Mow said, arguing that with bitcoin, guild members can build a more secure guild model governed by certain rules, like “multi-signature” bitcoin transactions, which require, say, five of 10 guild members to sign the coins with their private keys before they can be released.

“There are many interesting applications,“ he argued.

So, why is Pixelmatic launching the token on Liquid? Is it because Mow is the CSO of Blockstream, the company the built the sidechain tech?

“I do believe in the technology,” Mow said, arguing its “well-suited” for financial transactions because it doesn’t “stuff smart contracts in the chain.”

He added that Liquid allows for more privacy than the main bitcoin blockchain because it uses “confidential assets,” an experimental privacy technology that shields the types of assets associated with transactions.

He added that, down the road, there are other features that Blockstream plans to add to Liquid, including the lightning network, a technology that could help bitcoin improve its overall scalability.

Blockstream has been working on an implementation of lightning specifically for Liquid, which Mow sees as a useful feature that could be used in the game if enough people play it and transact with the native digital currency.

“In case of a game, if you have critical mass you can use lightning,” Mow said.