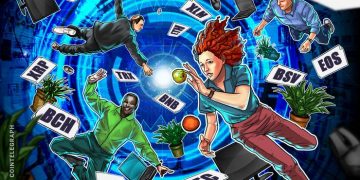 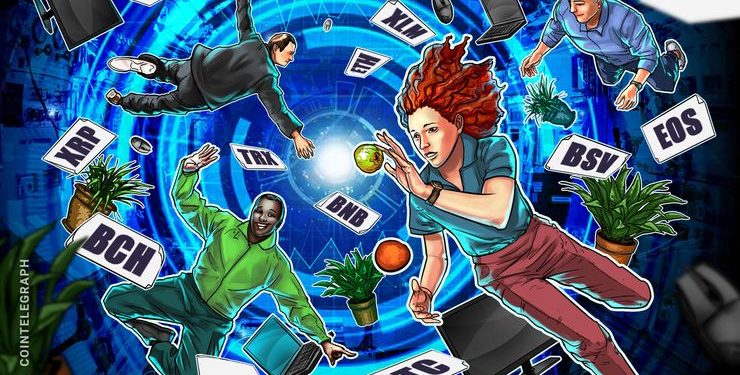 Cryptocurrencies are struggling to move up, even after having been in a bear market for over a year and falling anywhere between 85 and 99 percent from their individual all-time-highs.

Investors with open positions are experiencing huge losses, and the ones sitting on the sidelines are scared to enter, as the market continues to make new lows on a regular basis. This has resulted in a drop in trading volumes across crypto exchanges.

While many retail traders are turning away from cryptocurrencies, the same cannot be said about institutional investors. The Private Office of Sheikh Ahmed bin Al Maktoum, a Dubai royal and Emirates Group chairman, is helping cryptocurrency fund manager Invao raise funds in the United Arab Emirates (UAE).

Still, the big players have been slow to enter the nascent market of crypto. None of the institutions have truly committed yet.

With no retail investors and no large-scale institutional demand, the markets are reeling and are unable to absorb even a small amount of selling pressure. Let’s see if the prices are likely to turn around from the current levels or are they getting ready to plunge even deeper.

Although Bitcoin (BTC) has been trading in a small range, the sentiment remains bearish. The price continues to trade below both moving averages, and the RSI has been in the negative territory since Jan. 10. The failure of the bulls to scale above the 20-day EMA shows weakness.

The bears will now try to resume the downtrend by breaking down of the yearly low at $3,236.09. Repeated failure of the BTC/USD pair to stage a decent recovery deters the traders who are waiting to buy upon the confirmation of a bottom. The critical levels to watch on the downside are $3,000, which is more of a psychological support, and below it $2,600.

Conversely, if the cryptocurrency rebounds sharply from the current levels, or from $3,236.09, it can move up to the moving averages and above them to the downtrend line. We shall wait for a trend reversal before recommending a trade.

Ripple (XRP) has been unable to find any buying support. It is likely to drop to $0.27795 for the third time since mid-December of last year. The 20-day EMA is sloping down, and the RSI is in the negative zone, which shows that the sellers have the upper hand. On a break below $0.27795, the fall can stretch to the yearly low of $0.24508.

Our bearish view will be invalidated if the bulls rebound sharply from $0.27795 and carry the XRP/USD pair above both moving averages. Such a move will signal strength and we might suggest long positions on a close above the 50-day SMA. Until then, we remain neutral-to-bearish on the pair.

Ethereum (ETH) has dropped to the bottom of the range. The downsloping 20-day EMA, and the RSI in the negative zone, show that the sellers have the upper hand. A break below $103.2 will invite further selling that can drag the digital currency to $83.

Our bearish assumption will prove to be wrong if the ETH/USD pair bounces sharply from the current levels and rises above $116.3. We believe that such a move would signal a probable change in trend. Therefore, we propose a long position on a close (UTC time frame) above $116.3. The targets to watch on the upside are $134.5, and above it $167.32.

The cryptocurrency will show first signs of strength after the bulls scale the moving averages and the $2.5944 mark. We shall wait for the price to close (UTC time frame) above $2.5944 before suggesting any long positions.

Bitcoin Cash (BCH) has been trading inside a tight range of $105–$121.3 since Jan. 28. The 20-day EMA is gradually sloping down, and the RSI is in the negative zone, which shows that the supply is exceeding the demand.

A breakdown of $105 will be a bearish indication that can result in a drop to $73.5. There might be a minor attempt to defend the psychological level at $100, but we don’t expect it to hold.

Conversely, if the BCH/USD pair breaks out of the consolidation, it can move up to $141, where it will be likely to face a stiff resistance. Upon crossing the 50-day SMA, we expect the pair to show strength. Until then, we suggest traders remain on the sidelines.

After sustaining above $33 for the past four days, Litecoin (LTC) has again turned down. It is currently at the moving averages, which are likely to offer strong support.

On the upside, $36.428 is the critical level to watch out for. A failure to break out of this level shows a lack of demand at higher levels. Both of the moving averages are flat, and the RSI is at 50 levels, which indicates the possibility of a consolidation in the near term.

The TRX/USD pair has formed a symmetrical triangle and its next move will start after a breakout or breakdown from it. The 20-day EMA has turned flat, and the RSI has dipped to the midpoint, which points to a range bound action in the short-term.

Stellar (XLM) is not showing any signs of buying as it continues to slide through the support levels. Having broken down of $0.07864971, it can now slide to the next support at $0.05795397. Both moving averages are sloping down, which shows weakness. However, the RSI has entered deep oversold territory, which suggests that a pullback is possible.

The XLM/USD pair will show signs of a reversal if the price breaks out and sustains above the downtrend line. Until then, every pullback will be sold into.

Binance Coin (BNB) has been one of the strongest performers among the major cryptocurrencies this year. It has secured its place in our analysis after rising to the tenth spot by market capitalization.

After a long downtrend, the BNB/USD pair is attempting to change its trend. It broke out of the descending channel on Feb. 2 and has continued to move up since then. It can now reach the level of $10, which had previously acted as a strong resistance.

Both moving averages are gradually sloping up, and the RSI is in the overbought territory. This shows that the bulls have the upper hand, but a minor correction to $7 is probable.

Since the start of the year, the 50-day SMA has been offering a strong support whenever the price dipped to it. If the bears break down of the 50-day SMA, the cryptocurrency can turn negative.

After holding on to the critical support of $65.031 for eight days, Bitcoin SV resumed its downward movement on Feb. 5. Although the pair had dipped lower today, currently it is attempting to climb back above the overhead resistance of $65.031.

On the other hand, if the bears reverse the direction of the BSV/USD pair, a fall to the next support at $57, and below that a drop to the low at $38.528, will be probable.