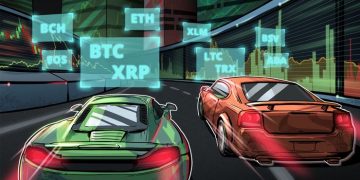 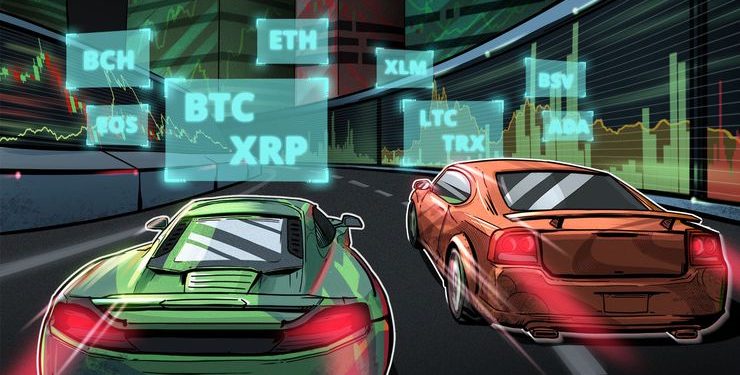 Although cryptocurrency prices have so far been unable to stage a recovery, the companies in the industry are still launching products that are required by the institutional players.

Cryptocurrency asset manager LedgerX has launched a Bitcoin (BTC) price volatility index called LedgerX Volatility Index (LXVX) that will function as a “bitcoin fear index,” similar to how the CBOE Volatility Index (VIX) works for the stock markets. Though the index is not tradeable currently, the company plans to make it so in the future.

Despite the market-wide price plunge last year, crypto trading volumes have actually increased in 2018 vs 2017, according to a recent report by research firm Diar. This shows that the traders are still active in the space.

The markets will look for clues from some of the important events expected to take place in 2019. Though crypto prices this year will remain well below their lifetime highs, we expect them to go much higher than the current levels.

Bitcoin (BTC) is currently range bound between $3,236.09 and $4,255. The 20-day EMA has started to slope down, and the RSI is also in the negative territory. This suggests that the bears have the upper hand in the short term.

The immediate resistance is at the moving averages and above that at the downtrend line. One more resistance line is at $4,255.

On the downside, a slide below $3,473.47 can result in a retest of $3,236.09. A breakdown to new lows will severely dampen sentiment and trigger a few stops on the long positions. The next support is the psychological level of $3,000.

The BTC/USD pair is likely to indicate a clear direction within the next few days. Due to the uncertainty, we suggest traders wait until a new buy setup forms.

Ripple (XRP) failed to scale above the moving averages in the past two days. However, as it has not given up much ground, we anticipate another attempt by the bulls to scale the overhead resistance.

If successful, the XRP/USD pair can rally to the overhead resistance of $0.4, and above it to the resistance line of the descending channel. A break out of the channel will signal the probability of a change in trend.

On the contrary, if the price turns down from the moving averages once again, it is likely to slump to the support at $0.27795. The moving averages are flattening out and the RSI is marginally in the negative territory, which suggests consolidation in the near term. We will wait for a bullish setup to form before recommending a trade in the pair.

Ethereum (ETH) bounced off the critical support at $116.3 on Jan. 14, but failed to break out of the 20-day EMA. It is currently stuck between both moving averages.

The 50-day SMA is flat, which shows that the ETH/USD pair might consolidate between $116.3 and $167.32 for a few days. A new uptrend can be expected if the price sustains above $167.32. We couldn’t find any reliable buy setups yet, so we are not proposing any trades.

We anticipate a decisive move within the next 3-4 days. If the bulls scale $141 and the moving averages, the BCH/USD pair can move up to $181. If this resistance is also scaled, the rally can extend to $239.

Nevertheless, if the price fails to scale the moving averages, the bears will try to push the virtual currency below $121.3, which can ultimately result in a drop to $100. We shall wait for buyers to return before recommending a trade.

EOS is trading inside the range of $2.3093–$3.2081. Currently, the bulls are facing resistance at the moving averages. If this resistance is scaled, a rally to the top of the range will be probable.

We might suggest long positions if the price sustains above the moving averages. Until then, we remain neutral on the cryptocurrency.

The intraday range in Stellar (XLM) has shrunk in the past two days. This period of smaller ranges is likely to be followed by a range expansion.

A break out of the downtrend line of the symmetrical triangle can carry the XLM/USD pair to $0.13427050. Above this level, we anticipate a quick move to $0.184.

However, if the bears plunge the price below $0.1, a retest of $0.09285498 will be likely. The downtrend will resume if this support gives way. We couldn’t find any bullish patterns developing yet, so we suggest traders remain on the sidelines.

Litecoin (LTC) has been struggling to break out of the 20-day EMA for the past five days. A failure to climb above the moving average will attract selling that will test the immediate support at $29.349. A break below $27.701 will increase the chances of a retest of $23.1.

The combination of flat moving averages and the RSI close to the 50 levels is not pointing to a clear winner yet. The indicators show that there is a balance between the buyers and the sellers.

Tron (TRX) is finding it difficult to break out of $0.02815521. On Jan. 15, it turned down from the area of the upper end of the range. If the price takes support at the 20-day EMA, the bulls will attempt to break out of the range again. The uptrending moving averages and the RSI show that the demand currently outweighs the supply.

Still, if the bulls fail to scale the overhead resistance, a fall to 20-day EMA, followed by a drop to the critical support at $0.0183 is probable.

The next move will start after the TRX/USD pair breaks out or breaks down of the range. We suggest traders wait either for a break out of the range or for a bounce from the bottom of the range to initiate long positions. We couldn’t find any buy setups at the current levels.

Bitcoin SV (BSV) has entered a period of low volatility, which shows a lack of interest from both the buyers and the sellers.

The BSV/USD pair will attract selling if it sinks below $74.022. The downward momentum will pick up if the bears break the support at $65.031.

Any attempt to recover from the current levels will face resistance at the moving averages, and above them at $102.58. If this level is crossed, a rally to the top of the broader range at $123.98 will be possible. As we couldn’t find any reliable buy setups, we remain neutral on the pair.

The bulls have failed to sustain Cardano (ADA) above the 20-day EMA for the past six days, but the positive thing is that the price has not given up much ground. The dip to the 50-day SMA was quickly bought into, which shows demand at lower levels.

If the ADA/USD pair breaks out of the 20-day EMA, a rally to $0.051468, followed by a move to the resistance line of the ascending channel, will be probable.

On the other hand, if the virtual currency turns down from the current levels, it can correct to the 50-day SMA, and below that to $0.036815, which is close to the support line of the channel.

We expect this level to offer a strong support. The moving averages are flat, and the RSI is also close to the neutral territory, which points to a likely consolidation in the short term. We couldn’t find any reliable buy setups yet, so we are not suggesting a trade.