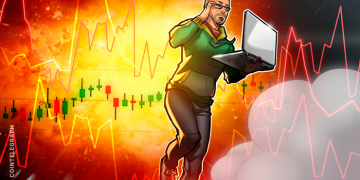 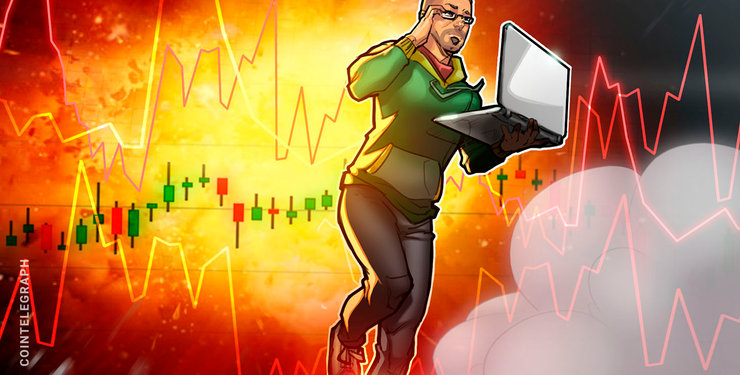 Monday, July 1 — Bitcoin (BTC) lost its grip on the $11,000 price mark earlier today to sink below $10,000 at press time. The leading cryptocurrency has pulled other top-20 coins down, with none of them reporting gains, according to data from Coin360.

As Cointelegraph reported earlier, market analysts were expecting a 40% correction from the recent highs of around $13,900. The current price of bitcoin means that this target is now nearly reached.

“$9715 will be the 30% correction for BTC,” commented popular trader Josh Rager this morning. He added that a four-digit price is now a “gift” in the short-term as the overall long-term trend remains bullish.

Bitcoin has lost 6.50% over the past 24 hours and is trading under $9,900 at press time. On its weekly chart, the coin has remained volatile, surging to $13,756 on June 26 and slumping to its current price as the lowest mark.

As reported Monday, BTC has been profitable as an investment 98.2% of the days since its creation, per data from holdcalc.com. Counting 3,830 days back — to January 4, 2009, one day after the coin’s Genesis Block was hashed — holdcalc’s data suggests that on 3,671 of these, it was profitable to buy BTC as an investor. 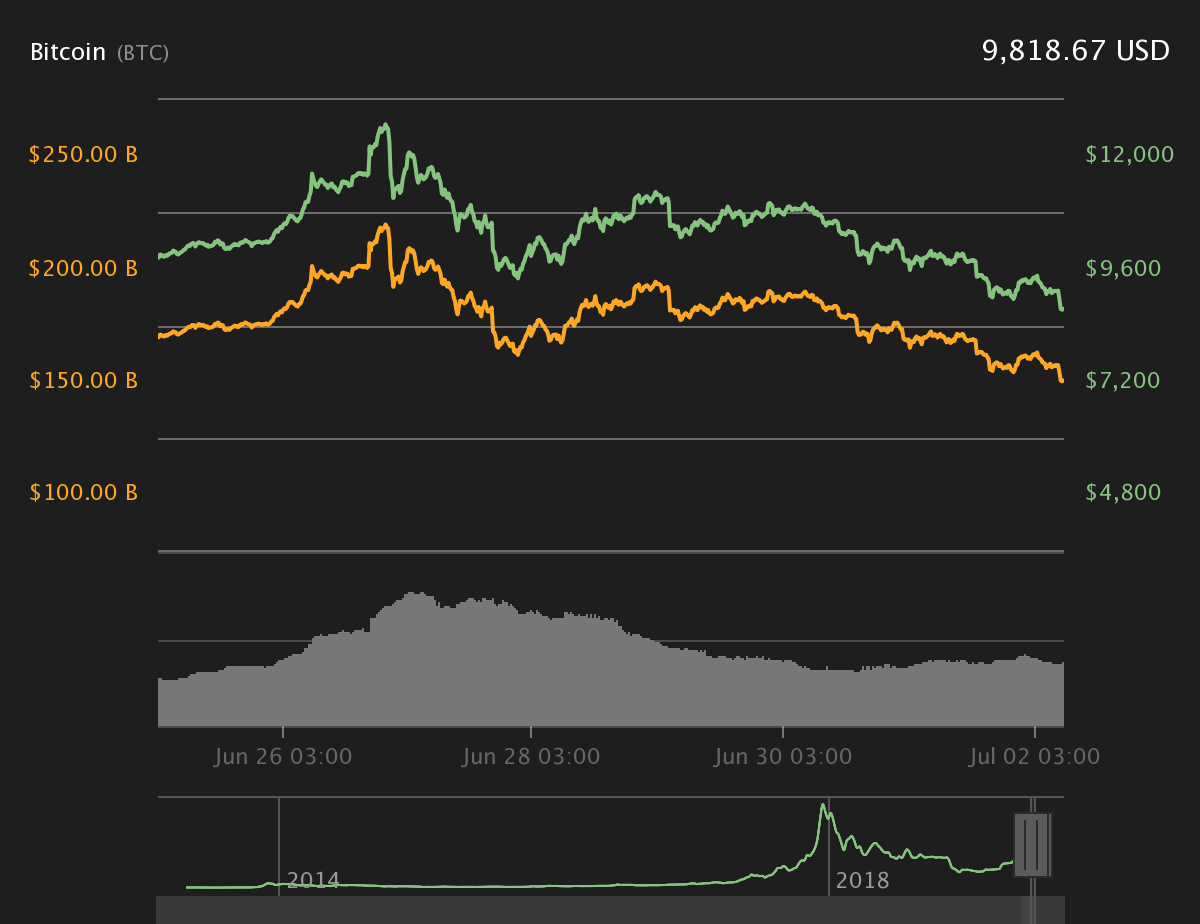 Coin360 shows that ethereum (ETH) has experienced a drop by roughly 6% on the day to trade at $277 at press time. The second largest cryptocurrency has seen a drop of over 12% on its weekly chart, while in terms of its monthly performance ETH is 2.87% in the green. 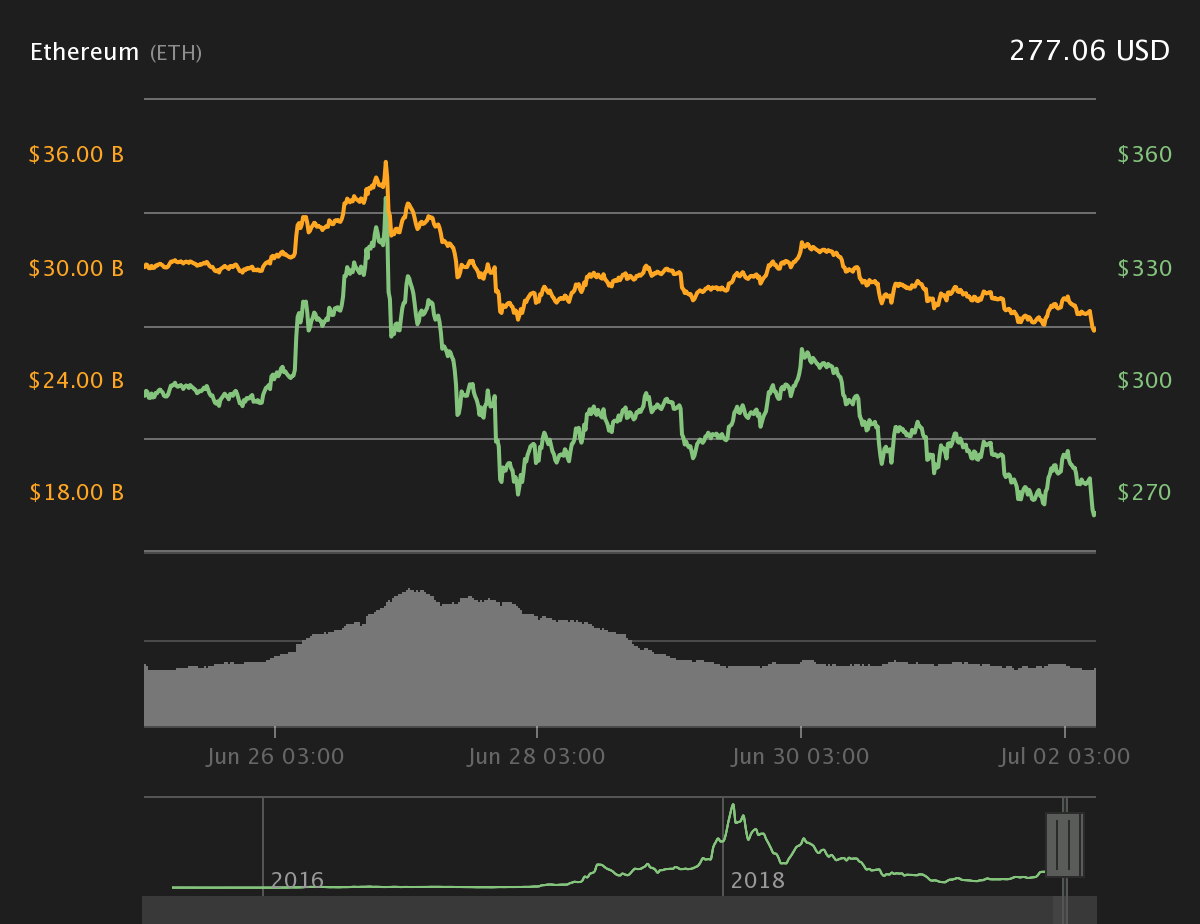 On the top-20 coins list, one of the best recent performers Chainlink (LINK) has registered a double-digit loss by nearly 10% to have its current price at the $3.27 mark. Litecoin (LTC) is down by 6% on the dat and is trading at around $115 at press time.

Total market capitalization of all digital currencies is now under $300 billion at around $294 billion at press time.

In traditional markets, oil surged today, with U.S. crude futures for August climbing $1.65, or 2.8% to $60.12 a barrel, according to CNBC. At the same time, financial markets were buoyed by a thawing of U.S.-China relations after the countries’ leaders agreed to restart trade talks.