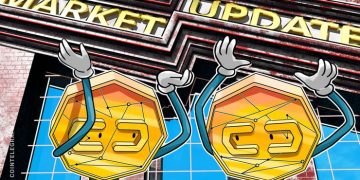 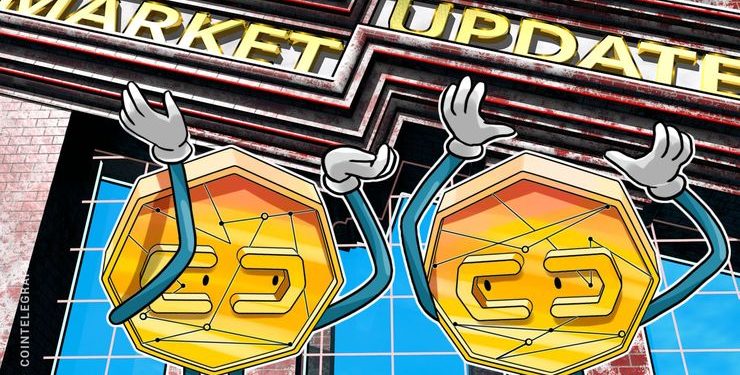 Sunday, Feb. 3 — most of the top 20 cryptocurrencies are reporting slight losses on the day by press time. Bitcoin (BTC) is hovering over the $3,450 mark again, according to Coin360 data.

At press time, Bitcoin is down a fraction of half percent on the day, trading at around $3,476, according to CoinMarketCap. Looking at its weekly chart on CoinMarketCap, the current price is about 3 percent lower than $3,594, the price at which Bitcoin started the week.

Ethereum (ETH), the second-largest altcoin by market cap, has seen its value decrease by about under a quarter of a percent over the last 24 hours. At press time, ETH is trading around $107, after having registered a mid-day high of $110. On the weekly chart, Ethereum’s current value has dropped over 7 percent from $115, the price at which the coin started the week.

The stock market is seeing slight growth, with the S&P 500 reporting a nearly a 0.1 percent gain while the CBOE Volatility Index (VIX) loses 2.6 percent, according to CNBC. DOW, on the other hand, is up 0.26 percent at press time, according to MarketWatch. Still, as Cointelegraph reported yesterday, a recent analysis suggests that the growth currently reported by the stock market is a bull trap.

Major oil futures and indexes are seeing moderate growth, with WTI Crude closing at a 2.73 percent increase, Brent Crude being up over 3 percent and Mars US up 2.87 percent, according to OilPrice.

Ex-Goldman Sachs partner Michael Novogratz tweeted earlier this week that while he believes the crypto market will not “head north for at least a few more months,” he is still very confident that things will move eventually. He also pointed out that there is “tons of activity under the hood.”

As Cointelegraph reported at the beginning of last month, Novogratz has increased his shares of Galaxy Digital, the crypto-focused merchant bank he founded and of which is the CEO.