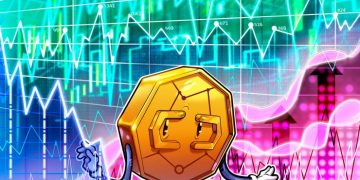 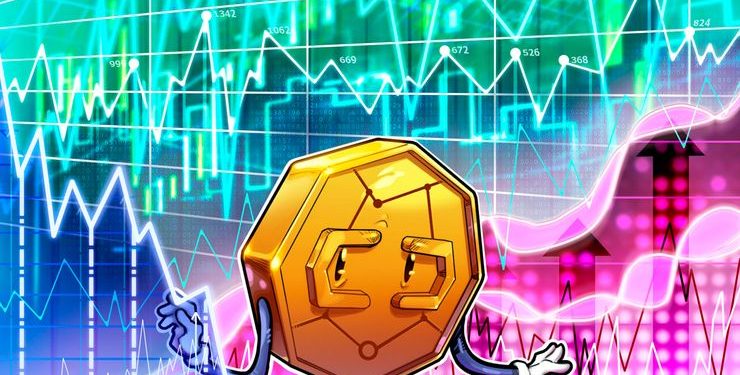 Sunday, Jan. 6 — most of the top 20 cryptocurrencies are seeing a mix of moderate gains and losses on the day to press time. Bitcoin’s (BTC) price is currently hovering over $3,850 again, according to Coin360 data.

Ethereum has seen its value decrease by nearly 3 percent over the last 24 hours. At press time, ETH is trading at around $153, having started the day around $157. On the weekly chart, Ethereum’s current value is notably higher than $139, the price at which the coin started the week.

Among the top 20 cryptocurrencies, the ones reporting the most notable price action are Litecoin (LTC) — which gained almost 8 percent — and Cardano (ADA), which is up over 5 percent.

The combined market capitalization of all cryptocurrencies — currently equivalent to about $132.3 billion — is at nearly the same point it was at one week ago, at $130.2 billion. The current value is slightly lower than the intra-week high of $135.2 billion, reported Jan. 2.

As Cointelegraph recently reported, major financial consulting firm McKinsey & Company released a post according to which the company believes that there is little evidence of practical use for blockchain.

A supervisory memorandum published earlier this week stated that the Texas Department of Banking could consider stablecoins as money, making them and exchanges that deal with them subject to a number of Texas laws and licensing requirements.