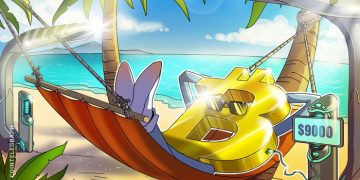 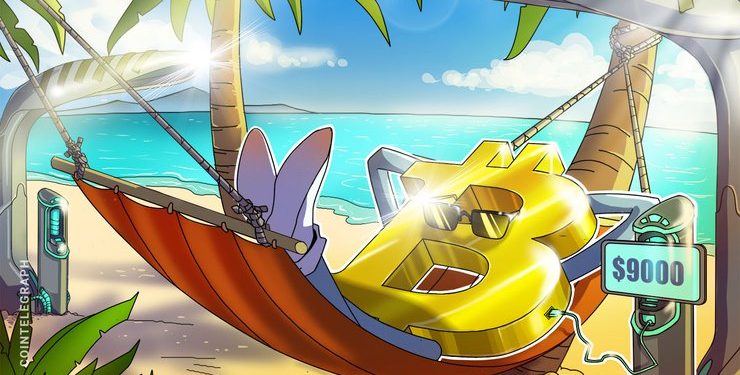 Wednesday, June 19 — Crypto markets are trading sideways, with the majority of the top 20 coins by market cap seeing losses, according to data from Coin360.

Bitcoin (BTC) is up by 1.24% to $9,139 at press time, still seeing a slight recovery of price after the biggest cryptocurrency has dipped below the $9,000 threshold earlier on the day. Bitcoin is seeing major gains over the past 7 days at press time, up almost 13% this week.

Ripple (XRP), the third top cryptocurrency by market cap, is up a mere 0.02% to trade at

$0.430. Over the past 7 days, the coin is up more than 8%. Recently, the team behind the altcoin announced a strategic partnership with MoneyGram to collaborate on a cross-border payments system.

Bitfinex’s utility token UNUS SED LEO (LEO) is seeing the biggest losses, down 2.5% over the past 24 hours at press time.

On the other hand, the fourth biggest coin, litecoin (LTC) is seeing the biggest gains among the top 20 coins over the day, up around 4.5% to trade at $138 at press time. Still, the altcoin is down 0.41% over the past 7 days.

Total market capitalization has been hovering around $285 billion over the day, while daily trading volume slightly dropped from $54 billion to $49 billion so far.

In traditional markets, the United States stock market is slightly slumping, with the S&P 500 (SPX) down around 0.03% and the Nasdaq (NASDAQ) Composite down 0.07%, while the Dow Jones Industrial Average (DJIA) is up %0.06.

Major oil futures and indexes are seeing mixed signals today, with West Texas Intermediate (WTI) crude oil down 0.18%, while Brent Crude dropped 0.1%. Mars U.S. is up 3.81% at press time, according to data from Oilprice.