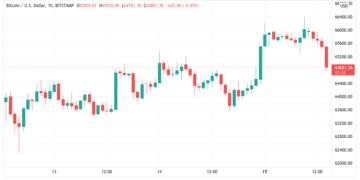 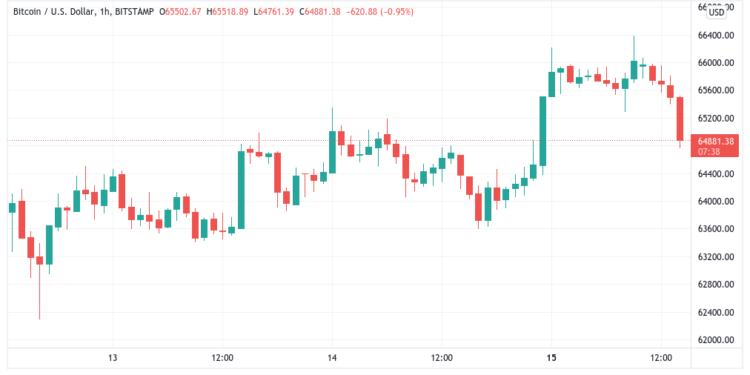 Bitcoin (BTC) hit support at $65,000 on Nov. 15 when US markets opened following a weekend rally that ended in a pullback.

Cointelegraph Markets Pro and TradingView data indicated that BTC/USD has given back a significant portion of its overnight gains, having reached local highs above $66,000. In a departure from typical patterns, the pair failed to extend its advance into the opening of Wall Street trade, instead aiming for April’s previous all-time high. Michael van de Poppe believed that higher levels were more critical in the short term for sustaining an overall positive trend. “We are still considering a rising wedge shape here,” he said, beside an annotated chart.

In other parts of the world, traders’ attention has been drawn to signs that suggest there may be more room for price growth before conventional cycle peak signals appear.

Philip Swift, founder of data site Look Into Bitcoin, drew a comparison between the current condition of the market and the “overheated” environment of early 2021 by highlighting the Spent Output Profit Ratio (SOPR).

“These daily p/l levels on the chain are extremely low. Yesterday was on the verge of being negative once more. We are a long way away from the overheated levels seen on the left-hand side of the chart “He made a remark.

“With funding pretty flat too, probably not much longer before we start meaningfully trending up again.”

SOPR takes a look at the price at which coins moved over a particular time, and is useful in determining investor behavior at different segments of Bitcoin’s price cycles.

Ether (ETH), Solana (SOL), and Polkadot (DOT) were the top-performing big altcoins on the day, bucking the trend of other tokens, which saw their prices remain unchanged.

At the time of writing, ETH/USD was trading above $4,700, putting it within striking distance of both all-time highs and the watershed $5,000 milestone.

On traditional markets, Tesla (TSLA) fell over 3% at the U.S. market’s open, a move which saw copycat behavior from Bitcoin, as was the case last week.