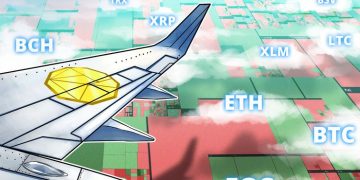 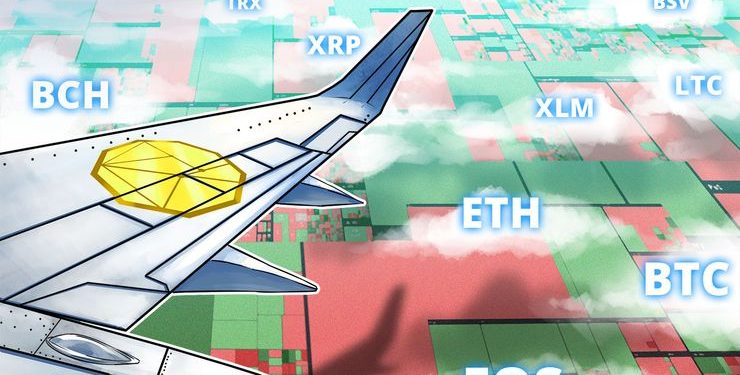 Bakkt recently completed its first acquisition of certain assets of futures commission merchant Rosenthal Collins Group (RCG). The much-awaited digital asset platform is expected to launch later in the year, according to Jeff Sprecher, CEO of the Intercontinental Exchange (ICE). Many expect institutional participation to increase with the launch of Bakkt.

Ex-hedge fund manager and CEO of Galaxy Digital, Michael Novogratz said in a tweet that he was surprised why the big macro funds did not invest one percent of their money in Bitcoin. If prices stabilize and there is clarity in regulations, we might see a few big funds make an entry into cryptocurrencies.

While all other asset classes are matured, cryptocurrencies are still in their early stages of development and offer huge potential in the future. Binance CEO Changpeng Zhao believes that the Bitcoin revolution is only just starting. In a tweet, he said, “We are still early, the beginning of the beginning.”

Let’s analyze the charts and try to predict which cryptocurrencies are showing the first signs of bottoming out.

Bitcoin (BTC) broke out of the 20-day EMA for the first time since Jan. 10. It is currently trading near the 50-day SMA. A bounce from the current level will carry it to the downtrend line, which has been a major hurdle since Nov. 24 of the previous year. If the price sustains above the downtrend line, it can move up to $4,255.

A breakout of $4,255 completes a double bottom pattern, which has a target objective of $5,273.91. Hence, we might suggest buying about 30 percent of the desired allocation after the BTC/USD pair sustains above the downtrend line for a couple of days. The remaining position can be purchased above $4,255.

Our bullish view will be invalidated if the digital currency turns down from the current levels or the downtrend line and plunges below the low of $3,236.09. Such a move will trigger a number of stop losses and resume the downtrend. The levels to watch on the downside are $3,000 and $2,600.

The flat moving averages and the RSI just above the midpoint suggests a balance between the buyers and the sellers. We should get a decisive move within the next few days.

Ethereum (ETH) triggered our buy recommendation on Feb. 8. It is currently facing resistance at the 50-day SMA. If the bulls sustain the price above $116.30, we anticipate another attempt to break out of the overhead resistance within the next few days.

Ripple (XRP) is struggling to find buyers at higher levels. The strong bounce on Feb. 8 could not break out of the downtrend line.

The bulls are trying to hold the 20-day EMA, failing which, the XRP/USD pair will again decline to the critical support of $0.27795. Repeated tests of a support level weaken it, hence, if the price slides to $0.27795 within the next few days, we expect it to be broken. The next support on the downside is the yearly low of $0.24508.

Nevertheless, if the bulls manage to break out of the downtrend line, an up move to $0.33108 is likely. A breakout of this resistance will increase the chances of a rally to $0.40.

Litecoin (LTC) reached our first target objective of $47.246 on Feb. 10. This is a significant resistance; hence, we anticipate a minor correction or a few days of consolidation at this level. The traders who are holding long positions can trail their stops higher to $33.

The 20-day EMA has turned up and the 50-day SMA is gradually sloping up. The RSI reached the overbought level for the first time since December 2017. This shows a probable change in trend.

Our bullish view will be negated if the digital currency breaks below the moving averages. In such a case, it can drop to $27.701 and below it to the yearly low at $23.090.

EOS closed with strength on Feb. 8, triggering our buy recommendation. It can reach $3.05 and above it to $3.2081. Traders can raise the stop loss to $2.30, which can be trailed higher in a couple of days.

The 20-day EMA is starting to turn up and the RSI is in the positive zone, which shows that the buyers have the upper hand. A break out above $3.2081 can carry the digital currency to $3.8723.

The bears are currently attempting to stall the pullback. If the EOS/USD pair turns down from current levels and slides below the moving averages, it will lose momentum. The critical level to watch on the downside is $2.1733. A break down of this level can plunge the pair to $1.7746 and below it to $1.55.

Bitcoin Cash (BCH) broke out of the 20-day EMA on Feb. 8 but the bulls failed to build up on it. The price has corrected back to the breakout levels in the past two days. We expect strong support at the current levels.

If the BCH/USD pair re-enters the range, it can drop to $105. However, if the bulls bounce off the current levels, the pair will again try to move up to the next overhead resistance at $141. The flattish moving averages and the RSI close to the 50 levels points to a range bound trading in the near-term. We might suggest long positions if the price sustains above $141. Until then, we remain neutral on it.

Tron (TRX) is struggling to break out of the overhead resistance at $0.02815521. Repeated failure to break out of this level is a negative sign. The 20-day EMA has flattened out and the RSI has dropped to the negative zone. This points to an increase in selling in the short-term.

The trend will again turn up if the bulls take support at the 50-day SMA and break out of the overhead resistance at $0.02815521. Such a move has a pattern target of $0.038. We should get a decisive move in this week.

The pullback in Stellar (XLM) was short-lived. It could not scale above the 20-day EMA, which shows a lack of demand even at these levels.

On the contrary, if the bulls stage a recovery and climb above the 20-day EMA, the pair will attempt to move up to the downtrend line. A breakout of the 50-day SMA will be the first indication that the downtrend is coming to an end.

Binance Coin (BNB) extended its up move over the weekend. It is close to the overhead resistance zone of $10–$12. We expect a strong supply in this zone, hence, a consolidation or a minor pullback is likely.

With both the moving averages sloping up and the RSI in overbought territory, the trend favors the bulls. The RSI has entered into the overbought region for the first time since early Jan. 2018, which is a positive sign.

Strong supports on the downside are at the 20-day EMA and the 50-day SMA. Hence, any dip to the 20-day EMA can be used as a buying opportunity. Our bullish view will be invalidated if the BNB/USD pair dips below $6.

Bitcoin SV could not break out of the 20-day EMA for the past three days, which is a negative sign. Both the moving averages are sloping down and the RSI is in the negative territory, which suggests that the bears have the upper hand. If the price turns down from the current levels and breaks below $57, a drop to the low at $38.528 is probable.

Conversely, if the BSV/USD pair bounces off $65.031 or $58.072, it will again attempt to break out of the 20-day EMA. If successful, a rally to the 50-day SMA is likely. Depending on the strength of the rebound from current levels, we might suggest long positions above the 50-day SMA, but until then, we suggest traders remain on the sidelines.