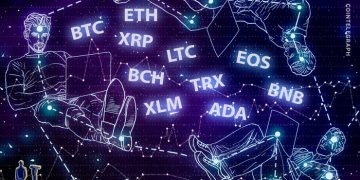 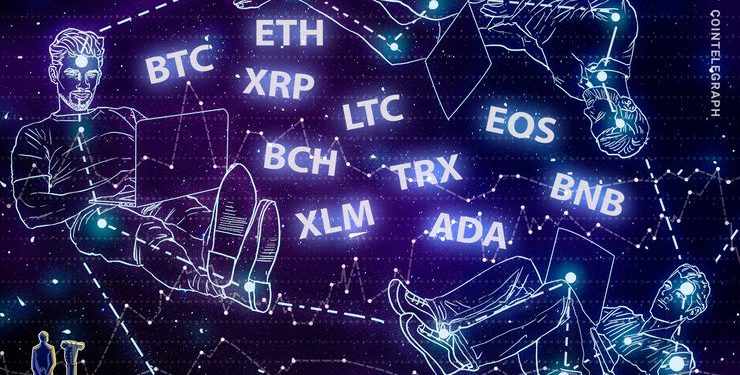 The launch of the eagerly awaited platform Bakkt has been postponed a few times, but the firm has continued to focus on building its team. It recently hired a former engineering executive at PayPal and Google as its chief product officer. These appointments show that the firm is able to attract talent from the traditional heavyweights, which is positive.

Blockstack is planning to launch a $50 million token sale that is SEC-qualified. If approved, this will be the first sale under the SEC Regulation A+ framework. Harvard Endowment fund is expected to participate in the purchase.

While the blockchain and cryptocurrency space has a lot of potential, their adoption is still not widespread. A survey of 90,000 developers by the website StackOverflow shows that 80 percent of organizations are still not using blockchain. However, Frank Xiong, vice president of blockchain product development at Oracle expects 50 percent of all companies to use blockchain within the next three years.

The developments in the sector are encouraging, but the industry still lacks the full-fledged involvement of institutional players. Goldman Sachs CEO David Solomon has denied that the bank ever wanted to open a crypto trading desk, as reported by the media a few months back.

After the recent spell of profit booking, let’s see what the charts project.

We were expecting Bitcoin (BTC) to rally to $5,600 and above it to $5,900 following the breakout above $5,309.31. But the digital currency turned down from $5,404.82. It is currently attempting to hold the support at $4,914.11. The 38.2 percent Fibonacci retracement of the recent upswing is also located close to this level. If the price rebounds from the current levels, it will indicate that sentiment has changed from sell on rallies to buy on dips. The immediate target on the upside is $5,600 and above it $5,900.

Both the moving averages are sloping up and the RSI is close to the overbought zone. This shows that the bulls are in command and the trend remains up.

The BTC/USD pair will turn negative if it turns down from the current level and slides below the 20-day EMA. Therefore, we suggest traders keep the stop loss on the remaining long positions at $4,600.

Ethereum (ETH) declined below the breakout level of $167.32 on April 11. This is a bearish sign. After a breakout of a major pattern like the ascending triangle, we expected the $167.32 level to hold. However, the bulls are trying to defend the 20-day EMA. If they can push the price back above $167.32 quickly, it will indicate buying at lower levels.

The ETH/USD pair will pick up momentum if the bulls scale above $187.98. The target remains $251.64. Our bullish view will be invalidated if the pair turns around from the current levels or from $187.98 and plummets below the 20-day EMA. Such a move will confirm that the breakout was a bull trap. For now, traders can retain the stop loss on the remaining long positions at $150.

Ripple (XRP) broke below the immediate support of $0.350 and the 20-day EMA on April 11. It has again re-entered the descending channel, which is a bearish sign. The bulls are presently trying to defend the 50-day SMA.

Both the moving averages have flattened out and the RSI is close to 50. This points to a consolidation in the short-term. If the XRP/USD pair rises above the resistance line of the descending channel, it might move up to $0.37835. A breakout of this level will signal a change in trend that can be bought.

However, if the pair breaks down of the 50-day SMA, it can drop to $0.27795. We do not find any reliable buy setup at the current level; hence, we are not suggesting any trade in it.

Litecoin (LTC) witnessed profit booking as it failed to climb above $91 on April 10. The correction stalled at the 20-day EMA. Currently, the bulls are trying to stabilize the price around the 20-day EMA and resume the recovery.

The 20-day EMA is flattening out and the RSI has dropped to just above the midpoint. This suggests consolidation in the short term. However, the long-term trend remains up as the 50-day SMA is still trending higher.

The LTC/USD pair will face resistance in the $91 to $100 zone on the upside. If this zone is crossed, the next targets to watch are $159 and above it $180. On the other hand, if the pair sinks below the 20-day EMA, it can fall to $62.450. We will watch for a couple of days before recommending long positions once again.

Bitcoin Cash (BCH) dipped below the range of $272.41 to $332.58 and triggered our suggested stop loss of $265 on the remaining long positions. Currently, it is attempting to bounce back from the 20-day EMA, which is a positive sign. This shows that the bulls are keen to defend the first major support of the 20-day EMA.

The BCH/USD pair can now move up to $332.58 and above it to $363.30. If the bulls push the price above this resistance, the rally can extend to $451.32. There is a minor resistance at $400 but we expect it to be crossed. Both the moving averages are trending up and the RSI is in the positive zone. This indicates that the bulls have the upper hand.

However, if the bulls fail to push the price above $332.58, the digital currency might remain range bound between $255 and $332.58 for a few days. We shall wait for a reliable buy setup to form before proposing long positions once again. The trend will favor the bears if the cryptocurrency dives below $239.

As the RSI was deeply overbought, we had recommended trailing the remaining long positions with a close stop loss in our previous analysis. EOS reversed direction from the resistance line on April 10. Due to the fall, the RSI has dropped out of the overbought zone.

The bulls are trying to bounce off the 20-day EMA. If successful, the EOS/USD pair might again move up to the resistance line and if that is crossed the up-move can extend to $6.8299. With both the moving averages still sloping up, the bulls are at an advantage.

Our positive view will be invalidated if the bears sink the pair below the 20-day EMA. In such a case, the digital currency might consolidate in a large range of $4.4930–$6.8299 for a few more days.

Binance Coin (BNB) broke down of the ascending channel and the 20-day EMA on April 11, but buying on dips has again pushed the price back above the 20-day EMA, which is a positive sign. It shows that the bulls continue to buy on every dip and have been defending the 20-day EMA aggressively.

With the recent correction, the 20-day EMA has flattened out and the RSI has dipped back into neutral territory. This points to a range formation in the short term. Nonetheless, the long-term trend still remains up as the 50-day SMA is sloping up.

The BNB/USD pair might rise to $22 after it closes above the downtrend line. On the downside, it has strong support at the 50-day SMA. We remain positive on the pair and will suggest long positions once again at the first available opportunity. Our bullish view will be negated if the bears sink the price below the 50-day SMA.

Stellar (XLM) continues to trade inside the wedge. It slipped below the 20-day EMA and triggered our recommended stop loss of $0.1130 on the remaining long position. Currently, the bulls are trying to defend the 50-day SMA.

Both the moving averages are flattening out and the RSI has dipped back to the neutral zone. This points to a consolidation in the near term. The XLM/USD pair has support at the uptrend line and resistance at $0.14861760. It will pick up momentum and signal a trend change if it sustains above $0.14861760. Until then, we remain neutral on the digital currency.

Cardano (ADA) turned around from the overhead resistance of $0.094256 and plunged below the support at $0.082952 on April 11. The down move triggered our suggest stop loss at $0.080 on the remaining long positions. It is currently attempting to bounce off the 20-day EMA, which is a positive sign. The bulls will again try to ascend the overhead resistance of $0.094256. If successful, the target on the upside is $0.20 with a minor resistance at $0.112598

But if the ADA/USD pair turns down and dips below the 20-day EMA, it can decline to the 50-day SMA. However, with both the moving averages still sloping up and the RSI in positive territory, the path of least resistance is to the upside. We shall watch for a couple of days and recommend entering long positions once again if we find a reliable buy setup.

Tron (TRX) plunged back into the range on April 11. This is the third time the digital currency has re-entered the range after breaking out of it this year. It shows that demand dries up at higher levels.

However, if the price fails to bounce off the current levels, it can plummet below the 50-day SMA to $0.02094452. Therefore, we suggest traders retain the stop loss on the long positions at $0.0240.

Мarket data is provided by the HitBTC exchange. Charts for analysis are provided by TradingView.