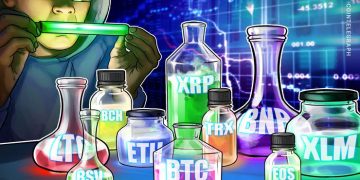 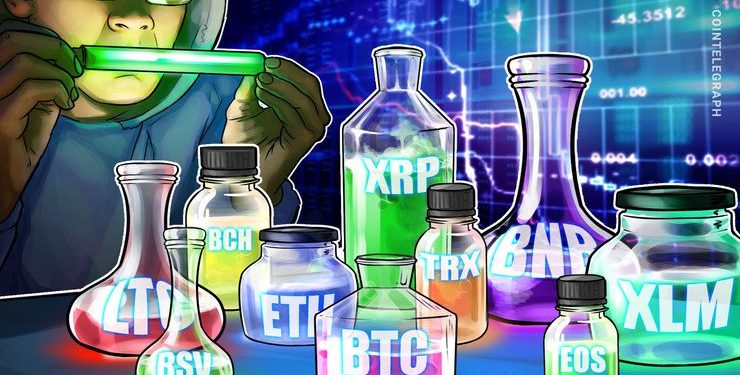 The smart money sells when the whole market and especially the retail players are overly bullish. Similarly, these large players enter the markets when the sentiment is bearish and people are waiting to dump their positions. After the extended bear market and huge erosion in prices, retail traders are wary of entering the crypto markets.

The total Bitcoin trading volume has been on a decline for the past few months but the institutional players seem to be accumulating at the lower levels. The trades by institutions, when compared to the total volume, have increased from 15 percent in January of this year to 19 percent in April, according to a report by Diar.

Back in July of last year, institutional trades rose to 24 percent of the total but it soon petered out with the breakdown of the $5,900 support on Bitcoin. The current rise in volume shows that institutions are confident of a recovery this time.

Facebook is seeking up to $1 billion in venture capital to develop its digital currency — rumored to be a stablecoin that will be pegged to a basket of fiat currencies — according to the New York Times. These developments show that serious money is waiting to invest in the nascent asset class at every available opportunity. Will this result in a sustained uptrend or will the rally fizzle out again? Let’s look at the charts.

After a minor correction on April 9, Bitcoin (BTC) is attempting to resume its recovery. Both the moving averages are sloping up and the RSI is in the overbought zone. Deeply overbought readings on the RSI warn that the up-move is getting overextended. However, if such a reading is seen during the rally after an extended downtrend, it suggests that the bulls are unwilling to book profits after a short upswing and a trend change is in the offing.

Contrary to our expectation, if the pair reverses direction from the current levels, it can drop to the $4,914.11–$4,800 support zone. If this zone also fails to provide support, the next stop is the 20-day EMA. We expect this level to hold. Hence, traders can keep a stop loss of $4,600 for now.

Ethereum (ETH) has been sustaining above the breakout level of $167.32 for the past three days, which is a bullish sign. As it has broken out of an ascending triangle pattern, it has a target objective of $251.64.

Both the moving averages are trending up and the RSI is close to the overbought zone. This suggests that the bulls are in a strong position.

Any correction from the current levels will find support at $167.32 and below it at the 20-day EMA. We expect the ETH/USD pair to bounce from one of these support levels. Hence, we have recommended a stop loss of $150 on the remaining long position. If the 20-day EMA breaks down, the slide can extend to the 50-day SMA and below it to the trendline of the ascending triangle. We will raise the stops again in a couple of days.

Ripple (XRP) continues to trade in a tight range. It has been taking support close to $0.350 for the past four days. A breakdown of this level can drag the price to the support at $0.33108. The 20-day EMA is just above this level, hence, we expect the support to hold.

On the other hand, if the XRP/USD pair rises from the current levels, it can move up to $0.40, above which a rally to $0.45 is probable. The 20-day EMA is sloping up and the RSI is in the positive territory, which suggests that the bulls are at a marginal advantage. We like the way the pair has held above the descending channel after breaking out of it. However, the failure to attract buyers even when the sentiment is improving across the sector is a negative sign. Currently, we remain neutral on the digital currency.

Litecoin (LTC) is in a strong uptrend. The correction from close to $98 did not even reach the 20-day EMA, which shows that the bulls are aggressively buying the dips. With the current three-day correction, the RSI has alleviated its deeply overbought readings. Both the moving averages continue to slope up. All these confirm that the bulls are in the driver’s seat. On a breakout and close above $100, the digital currency can rally to $159 and above it to $180.

On the downside, the LTC/USD pair can correct to the 20-day EMA. The resistance line of the ascending channel is also located at this level. Hence, we expect a strong bounce off this support. We shall try to re-enter the long positions again if we spot a favorable buy setup. However, if the pair slumps below the 20-day EMA, it will lose momentum and can fall to the 50-day SMA.

As both the moving averages are sloping up and the RSI has corrected from its deeply overbought level, the trend favors the bulls. If the BCH/USD pair breaks out of $332.58, it can resume the uptrend. On a breakout above $363.30, it can move up to $468.73, with a minor resistance at $400.

After rising gradually for the past few days, EOS made a decisive move today. It is now on target to reach the overhead resistance of $6.8299. Both the moving averages are sloping up, which shows that the trend is up. However, as the RSI has entered into overbought territory, we suggest traders trail the remaining long positions with a close stop loss.

The BNB/USD pair is attempting to bounce off the 20-day EMA, which is a positive sign. If successful, it will again try to break out of the overhead resistance at $22 and retest the lifetime highs.

However, the negative divergence on the RSI is a warning sign. If the price sustains below the 20-day EMA, it can slide to the 50-day SMA. The trend remains bullish. We shall wait for a new buy setup to form before recommending long positions once again.

Stellar (XLM) has dipped back close to the 20-day EMA, which is likely to offer strong support. If the price rebounds from the current levels, it is likely to reach the overhead resistance at $0.14861760. This level will act as a major roadblock, but if the bulls push the price above this level, we can expect the downtrend to be over.

Both the moving averages are gradually sloping up, which shows that the bulls have the upper hand. But if the XLM/USD pair fails to bounce off the 20-day EMA, it can slide to the 50-day SMA. Therefore, traders can keep a stop loss of $0.1130 on the remaining long position.

Cardano (ADA) is trying to rebound from the breakout level of $0.082952. This is a positive sign as it shows that the bulls are keen to defend the first support level. If the cryptocurrency can rise above $0.094256 levels once again, the probability of a rally to $0.112598, followed by a move to $0.20 increase. The uptrending moving averages and the RSI close to the overbought level suggests that the bulls are in command.

Tron (TRX) formed an inside day candlestick pattern on April 9 and followed it up with another small range day today. This shows consolidation following the breakout of the range at $0.02815521.

The 20-day EMA is sloping up and the RSI is in the overbought zone. This shows that the path of least resistance in the short term is to the upside. The TRX/USD pair should now try to move up to the first target objective of $0.040 and above it to $0.0480. The traders can keep a stop loss of $0.0240 on the long positions.

Our bullish view will be invalidated if the bears sink the pair below the support of $0.02815521. If the price re-enters the range, it will indicate that the current breakout was a bull trap.