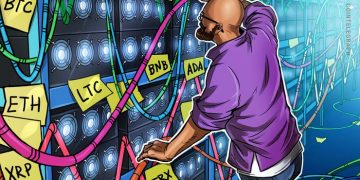 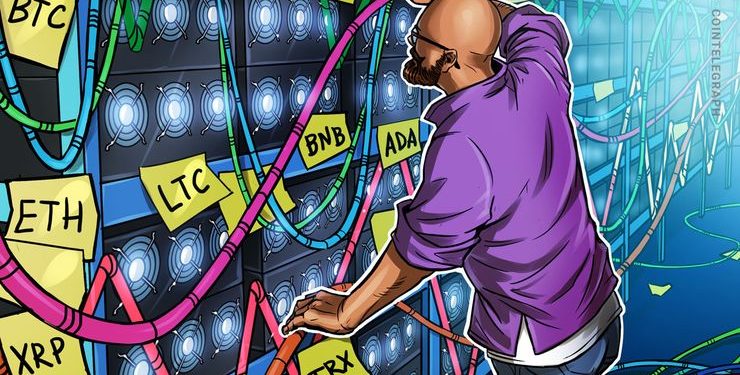 The fundamentals of the crypto space have been improving over the past year. These developments are not going unnoticed by the institutional players. Though they have not committed huge sums of money, they have started testing the waters.

Crypto hedge fund Pantera Capital, which in its two previous crypto funds had managed to raise only $13 million and $25 million, has secured $130 million in funding out of the targeted $175 million. Similarly, the University of Michigan’s endowment plans to increase its investment in a crypto-focused fund managed by American venture capital firm Andreessen Horowitz.

Large traditional exchanges across the world have acknowledged the growing interest of institutional players in the crypto space and are coming up with new services. While Bakkt is the most awaited launch in the United States, exchanges in Europe are also preparing to take the plunge. Eurex, a Germany-based derivatives exchange operated by Deutsche Boerse, is planning to launch futures contracts for the top three cryptocurrencies.

With the groundwork being laid out for the institutional investors, is it a good time to buy for the long term or is this just a dead cat bounce?

Bitcoin (BTC) has been trading close to the psychological resistance of $4,000 for the past three days. Though the bulls have not been able to push prices higher, the cryptocurrency has not given up ground either, which is positive.

The BTC/USD pair will face resistance close to $4,255, but if the bulls succeed in breaking out of this level, it will complete a double bottom pattern that has a target objective of $5,273.91. Hence, we might add to our existing long positions if the price sustains above $4,255. For now, the stops can be kept just below $3,236.09.

Contrary to our expectations, if the digital currency fails to rise above $4,255, it will remain range-bound between $3,236.09 and $4,255 for a few more days. Our bullish view will be invalidated if the pair plunges to a new yearly low.

Ethereum (ETH) has been consolidating for the past three days, without giving up much ground. This shows that the buyers are in no urgency to book profits and are buying on every small dip. This increases the probability of a move to $167.32 and higher. Therefore, traders can protect half of their long position with a tight stop. If the virtual currency pierces through $167.32, it can move up to $182.99. Hence, we shall give some wiggle room to the remaining half position and keep the stop at $125.

If the ETH/USD pair fails to scale the overhead resistance, a drop to $134.50 is probable. The 20-day EMA is also close to this level, hence, we expect it to act as a strong support. Nevertheless, if the bulls fail to hold the support, the slide can extend to the 50-day SMA and below it to $118.

Ripple (XRP) traded near the overhead resistance of $0.33108 for the past two days but could not close (UTC time frame) above it.

On the downside, the XRP/USD pair is finding support at the moving averages. If the pair bounces from the current levels and breaks out of $0.33108, it is likely to rally to $0.40. Therefore, we retain the buy suggested in our previous analysis.

The 20-day EMA is trending up and the RSI is in the overbought territory, which shows that the bulls have the advantage in the short term. Traders can keep a tight stop on half of their long positions and keep a stop of $2.90 on the remaining half.

Contrary to our expectation, if the bears breakdown and sustain below $3.8723, the EOS/USD pair can decline to $3.2081. The 20-day EMA is also located at this level, which should act as a strong support. However, if this level also breaks down, the pair can drop to the 50-day SMA and below it to the critical support at $2.1733.

Though the moving averages are trending up, the RSI is showing signs of forming a negative divergence. A break below $47.2460 will find support at the 20-day EMA, below which the slide can extend to the 50-day SMA. The balance will shift in favor of bears if the LTC/USD pair breaks down of $40.

Bitcoin Cash (BCH) has been trading close to $141 for the past three days. Attempts to push the price away from this level in either direction have failed.

A breakout of $150.52 will signal that the bulls are back in command. The levels to watch on the upside are $163 and above it $175. Hence, traders should hold their long positions with the stop loss at $116.

Our bullish view will be invalidated if the BCH/USD pair turns down from the current levels and plummets below both the moving averages and $121.

Stellar (XLM) has not been able to cross the 50-day SMA over the past three days. However, it has not given up much ground either, which shows strength. It is finding buying support close to the 20-day EMA, which has flattened out. The RSI is also close to the midpoint. These point to an equilibrium between the buyers and the sellers.

A breakdown of the 20-day EMA can plunge the XLM/USD pair back towards the lows. On the other hand, a breakout of the 50-day SMA can carry it to $0.13427050.  As the digital currency has been a huge underperformer, we shall wait for a trend reversal pattern to form before recommending a trade in it.

Tron (TRX) has been trading close to the $0.025 level for the past three days. The bulls are struggling to break out of the downtrend line. Presently, the flat moving averages and the RSI close to 50 shows a balance between the bulls and the bears.

Conversely, if the cryptocurrency rises above the downtrend line, it will again attempt to break out of $0.02815521. A breakout of this critical resistance will start a new uptrend that can push the price to $0.03575668 and above it to $0.0380.

As expected, Binance Coin (BNB) turned down from close to $12 on Feb. 20. However, the bulls bought the dip to $10. This shows that the digital currency might consolidate between $10 and $12 for a few days.

As both the moving averages are sloping up and the RSI is close to the overbought zone, the probability of a breakout of the range after a few days is high. A breakout of $12 can carry it to $15 and above it to $18.

Contrary to our assumption, if the bears sink the BNB/USD pair below the range and the 20-day EMA, the drop can stretch to the 50-day SMA. A breakdown of the 50-day SMA will turn the tables in favor of the bears. We shall wait for a buy setup to form before proposing a trade in it.

The bulls failed to push Cardano (ADA) above the resistance of the range for the past three days. This means the range bound action between $0.036815 and $0.051468 will continue for a few more days. The flat moving averages and the RSI marginally in the positive zone point toward a consolidation.

If the pair stays inside the range, we might attempt to buy at the support of the range if we find a strong bounce, but if the bears sink the price below the range, a retest of the low is probable.

A breakout of the range will start a new uptrend that has a minimum target objective of $0.066121. If this level is crossed, the ADA/USD  pair can reach $0.080. Therefore, we retain the buy suggested in our previous analysis.