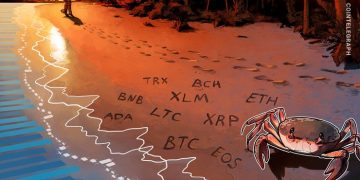 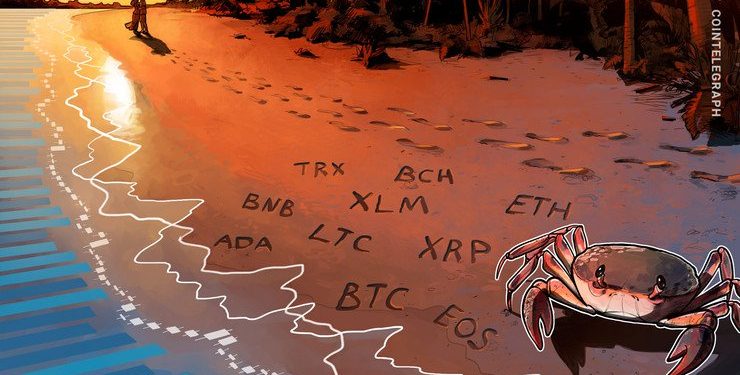 The recovery in crypto prices has led to an increase in over-the-counter (OTC) demand for Bitcoin and altcoins. This surge in volume was cited by Binance’s CFO as one of the reasons for its strong Q1 performance.

Another platform being watched closely is the yet-to-be-launched Bakkt. Anonymous sources told Bloomberg that the United States Commodity Futures Trading Commission (CFTC) is reluctant to approve the Bitcoin futures because Bakkt intends to hold user assets. However, as the CFTC recognizes state bank and trust licenses, Bakkt might seek a New York BitLicense to launch its bitcoin futures. This is likely to increase the possibility of a green signal by the CFTC for the project.

The crypto and blockchain space is attracting investment from both venture capitalists and the government. Compared to the $2.5 billion in investments by venture capital firms in 2018, the space has already seen investors pump in $850 million in 2019. At this pace, this year’s total investment is likely to top that of last year. Similarly, the U.S. federal government’s blockchain spending is expected to increase from $10.7 million in 2017 to $123.5 million by 2022.

We also like the way the community has been quick to respond to the Notre Dame tragedy.

Bitcoin (BTC) has continued to move up at a snail’s pace. This shows that the bulls are nervous to buy aggressively at higher levels. But if the digital currency rises above $5404.82, it might attract some buying and short covering. The target levels to watch on the upside are $5,674.84 and above it to $5,900.

The uptrending moving averages and the RSI close to the overbought zone suggests that the bulls are at an advantage. Our bullish view will be invalidated if the BTC/USD pair turns down from the current levels and plunges below $4,914.11. Such a move will signal profit booking and short initiation by the aggressive bears. The traders can trail the stop loss on the remaining long positions to $4,800.

Ethereum (ETH) has once again broken out of the overhead resistance of $167.32. It is now likely to attempt to scale $187.98. If successful, it will indicate strength and the bulls can propel the digital currency to $220. Though the target objective of a breakout of the ascending triangle is $251.64, it has a slew of resistance between $220 and $251.64.

Both the moving averages are gradually trending up and the RSI is in the positive zone. This suggests that the bulls have the upper hand.

Our bullish view will be invalidated if the bears sink the ETH/USD pair back below $167.32. A breakdown of $156.42 will turn the trend in favor of the bears. Traders can continue to hold the stop loss on the remaining long positions at $150. We shall trail the stops higher in a couple of days.

Ripple (XRP) broke out of $0.33108 on April 17 but could not sustain it. The price is again back below $0.33108. This shows a lack of buyers at higher levels. Both the moving averages are flat and the RSI is close to 50. This points to range-bound action for the next few days.

In our previous analysis, we had recommended buying if the XRP/USD pair sustained $0.33108 for the next two days. But with the price falling below $0.33108 again today, our buy condition has not triggered. Considering the repeated failed breakouts, we have withdrawn our buy proposal. We swill suggest a trade when the pair decisively sustains above $0.33108.

Currently, if the bears sink the digital currency below the 50-day SMA, it will signal weakness and a drop to $0.27795 is possible.

After failing to sustain above the overhead resistance of $332.58, Bitcoin Cash (BCH) is facing some profit booking. It can now dip to the 20-day EMA, which is likely to offer support. Both the moving averages are sloping up, which shows that the bulls have the upper hand. If the rebound from the 20-day EMA fails to breakout of the overhead resistance zone of $332.58–$363.30, it will remain range bound for a few days.

A break below the 20-day EMA can sink the BCH/USD pair to $239, which is a critical support. If this support gives way, it will indicate that the bears are back in action.

On the other hand, if the bulls succeed in breaking out of $363.30, the pair can rally to $451.32. The digital currency has a history of vertical rallies, hence, a breakout of $451.32 can surprise on the upside. We will wait for the uptrend to resume before proposing a trade.

Litecoin (LTC) has held the 20-day EMA for the past few days. This shows that the bulls are keen to defend this support. The 20-day EMA is sloping up gradually and the RSI is just above the midpoint. This suggests a marginal advantage to the bulls. If the price scales above $84.3439, we expect a quick move to the overhead resistance zone of $91–$100.

A breakout of the resistance zone will complete a rounding bottom pattern that has a target objective of $159 and above it $180. Traders can buy a small portion — about 30% — of their usual position size on a breakout and close (UTC time frame) above $84.3439. The rest of the position can be purchased above $100 with initial stop loss at $74.

Contrary to our expectation, if the LTC/USD pair turns around from any of the overhead resistances and plunges below $74, it can correct to the 50-day SMA and below it to $62.450.

The upsloping moving averages and the RSI in positive territory suggests that the bulls have the upper hand. A breakout of $5.6602 will indicate strength and can carry the price to $6.0726 and above it to $6.8299.

On the contrary, if the EOS/USD pair turns down and dives below $5, it can decline to the $4.4930–$3.8723 support zone. We do not spot any reliable buy setups at current levels; hence, we remain neutral on the pair.

Binance Coin (BNB) surged on April 18 and has followed up with another strong move today. This shows that the bulls are keen to buy at higher levels. It is now likely to retest the lifetime high at $26.4732350. With both the moving averages sloping up and the RSI in overbought territory, the path of least resistance is to the upside.

If the BNB/USD pair rises to a new lifetime high, it will be a major positive. It will indicate that the price reached during January 2018 is not a misnomer. This will encourage the traders to keep buying the other digital currencies that are fundamentally sound.

Our bullish view will be invalidated if the pair reverses direction from the current level and plummets below the moving averages. Until then, it remains on target to make a new lifetime high. We do not spot an entry with a good risk to reward ratio, hence, we have not suggested a trade in it.

Stellar (XLM) has largely been trading between $0.110 and $0.120 for the past seven days. The 20-day EMA is flat and the RSI is close to 50. This also supports the current consolidation.

Conversely, if the digital currency plummets below $0.110, it can drop to the uptrend line, below which it will turn negative.

After failing to breakout of the downtrend line, Cardano (ADA) has broken down of the 20-day EMA. This is a negative sign. If the bears can sink the price below $0.075920, it can decline to the 50-day SMA.

On the other hand, if the ADA/USD pair breaks out of the downtrend line, it will again try to break out of the overhead resistance of $0.094256. A close above this level will be a positive development.

However, the 20-day EMA is flattening out and the RSI is close to the midpoint. This points to a range formation in the short term. The pair is showing signs of a cup and handle formation. This pattern will complete on a close (UTC time frame) above $0.094256. We will wait for a bullish setup to form before recommending any long positions in it.

Tron (TRX) has not been able to break out of $0.02815521 for the past few days. This shows a lack of buying pressure. Failure to break out of the overhead resistance will invite selling. The bears are attempting to sink it below the 20-day EMA. If successful, a drop to the 50-day SMA is probable.

Both the moving averages are flat and the RSI is at the midpoint. This points to a balance between the buyers and sellers. The balance will tilt in favor of the bulls if the TRX/USD pair breaks out and sustains above $0.02815521. This is likely to start a new uptrend that can reach $0.03278079 and above it to $0.03575668.